How can I chant with pure love? 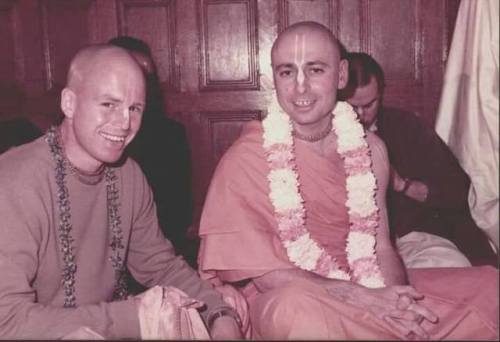 BB Govinda Swami: Gopa Kumara asked “How can I chant with pure love?” And they said “Well, if you want to chant with love you must know the Srimad Bhagavatam.” This shows that basically Gopa Kumara had traveled through all the levels of the material cosmos. He had even been Brahma but still he has not been scientifically trained in the science of loving Krishna. We can imagine he was even Brahma. But he did not understand the science of Krishna. He even went to Brahman by the power of his chanting but still he didn’t know how to get to the spiritual world. Then the merciful associates of the Lord said:
– Study the Srimad Bhagavatam
– Where should I do that?
– In Vrindavan. Vrindavan is the best place cause it fulfills all desires.
So Gopa Kumara bowed down to the Vaikuntha devotees and Lord Shiva and when he went up he was in Vrindavan again. It has been billions of years since he had been there and he said “Everything in the universe had changed but Vrindavan is the same”.
Then he was walking and he found a group of brahmins studying the Bhagavatam; then he studied in the association of Vaisnavas.
…. again, why did Srila Prabhupada sit up all night long? It’s not that he wanted to become famous as an author. It’s not that he wanted to be on the bestseller list of newspapers. Because he wanted us to love Krishna. His life mission was to translate the Bhagavatam so we could understand Krishna.
Because if we know Krishna – we’ll love Krishna. You can’t love a person that you don’t know.
Like someone could tell Lilavati: “Oh there is one brahmachari, so handsome, he is like 2 meters tall, he has shoulders this wide and handsome like a god. You should love him.”
But how to love a person if you don’t know a person? But if you study Bhagavatam you’ll know Krishna. And then you’ll love him.
This is what happened to Gopa Kumara.
HH Bhakti Bhringa Govinda Swami

One Response to “How can I chant with pure love?”