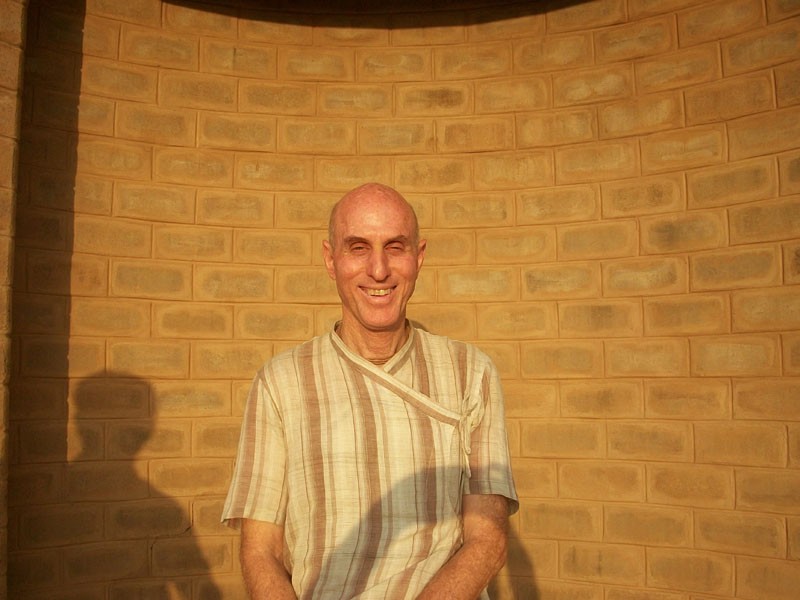 From the beginning of Prabhupada’s preaching in New York he spoke about the development of an international society, but his new followers couldn’t imagine Krsna consciousness going beyond the walls of the little storefront on 26 Second Avenue.

Fortunately Prabhupada didn’t share their vision. He had such a deep faith in Lord Caitanya’s prediction and the instructions of his Guru Maharaja that he said the Krsna consciousness would someday go down in history for changing the world in its darkest hour.

There are reason’s Prabhupada thought this way, and in this article I examine one of the most essential: taking personally responsibility for making the world Krsna conscious. Instead of thinking people are not interested in Krsna consciousness, Prabhupda taught us to see that it is our fault that we cannot interest them.

It All Depends On Us
The preaching of the Gaudiya Math during Srila Bhaktisidhhanta’s life was so powerful that the most famous and prominent religious movement in Bengal at that time gradually lost its popularity. The Gaudiya Math publicly exposed the leader of this movement (he claimed to be an incarnation of Rama and Krsna) and proved that his teachings deviated from the conclusions of the Vedas.

However, shortly after the demise of Srila Bhaktisiddhanta, that very same religious movement began gaining popularity and again became an influential force, misleading millions of people. Prabhupada said their success was the fault of the Gaudiya Matha. Why? Because after the departure of Srila Bhaktisiddhanta the preaching work of the Gaudiya Matha slackened.

About five years ago when I was living in Dallas, several people were shot to death at a weeknight church service. In responding to this incident the pastor of the church said to his congregation, “We are all responsible for the death of those church members.” He said the fact that there are people roaming the street who are so spiritually bankrupt that they would kill innocent people in a church service is a sign that our efforts to spread Christianity are failing.

I was impressed by his words. Basically he was saying the same thing that Prabhupada said about the Gaudiya Matha. When a devotee of the Lord sees godlessness in the world he doesn’t blame it on the people. Rather he blames it on the lack of spiritual guidance that is being given to the people. And what this really means is that you and I take responsibility for the lack of God consciousness in the world.

Prabhupada was once asked, “How far is Lord Caitanya’s prediction that His name will be heard in every town and village true?” He replied, “That depends on those who are preaching.”

Nothing is set in stone. Spreading Krsna consciousness depends on you and me.

In 1973 I was living in the San Diego temple and the preaching was rapidly expanding. We regularly reported our successes to Srila Prabhupada. He appreciated our service and in one letter to us made an amazing prediction.

“If we go on preaching vigorously as we have been for another 25 years, then all these other so called religions will disappear. After all what do they have to offer?” (letter to Bhakta dasa, 1973).

That letter has always weighed heavy in my mind. These other religions have far from disappeared.

What Does Our Desire Have To Do With It?
Prabhupada writes, “The Supreme Personality of Godhead, influenced by the merciful devotees’ attempt to deliver fallen souls, enlightens the people in general from within by His causeless mercy.”

You have more influence over people’s spiritual lives than you might think.

Srila Prabhupada’s personal desire was that every person in the world become Krsna conscious. However, when he was aboard the Jaladuta he was wondering how it would be possible for a civilization completely covered by ignorance and passion to understand the Vedic message. Thus he prayed to Krsna as the supersoul, “I wish that You may deliver them. Therefore if You so desire their deliverance, then only will they be able to understand Your message.”

Remember, ninety-nine percent of all failures come from people who have a habit of making excuses. If the world is not Krsna conscious, we need to look at ourselves. Whenever devotees made excuses and told Prabhupada that people were not receptive or that they were difficult to preach to, Prabhupada always said that the problem was not with the people they were preaching to; the problem was with us.

What if I Am Not a Merciful Person?
But what if you don’t really feel the burden of the world like the great devotees do? You should – at least if you want to call yourself a human being. The Srimad Bhagavatam says that every human being is meant to be merciful. In a lecture in 1969, Prabhupada said, “So if we human beings, if we forget even ordinary mercy, compassion and gratefulness, then what is that human life?”

Gurudas relates that he was once told Prabhupada that he sometimes feels sorry for the people suffering in this material world. Prabhupada replied, “Why only sometimes?”

Once Bhumi, mother earth, was not producing enough food to feed the entire population of the world. When King Prithu asked her why she told him she didn’t want to feed all the demoniac people that lived on earth. Maharaja Prithu chastised her and was ready to kill her. To protect herself she took the form of a cow thinking the king wouldn’t hurt a cow. But he continued to pursue her and said if a citizen is not compassionate on his fellow man, he or she may be killed by the king and such killing is never to be considered actual killing.

Prabhupada writes: “Even in the material field, if a person is not interested in other’s welfare, he should be considered to be condemned by the Personality of Godhead or his representative like Prithu Maharaja.”

What’s My Duty?
So the implications of not caring about others are heavy. But it is even heavier for us. Why? It is said that with the gift of knowledge comes the obligation to give it to others. We have been given an immense treasure house of knowledge, so we are duty bound to see it is distributed.

“Although India has the sublime knowledge of Bhagavad-gita, Indians have not done their proper duty of distributing it.” (Srimad Bhagavatam, 10.2.19).

How many Indians realize that it is their “PROPER DUTY” to spread Vedic wisdom? Just by being Indian, by having this knowledge, Indians are duty bound to distribute it. In the early days of the movement, Prabhupada told his western disciples that since the Indians are not doing their duty, it is now your duty to distribute this knowledge. Even at an initiation in 1966 Prabhupada he made this clear. He said that he is giving knowledge and the initiates are becoming obliged, by accepting initiation, to distribute it widely. He said this is their guru-daksina.

What Does Preaching Mean?
Before I go on, I want to clarify that I am not talking about preaching in any specific way. We can help others become Krsna conscious in unlimited ways. We all have some special gift to offer in Krsna’s service. Krsna consciousness means to connect with our inspiration and talents and use them in Krsna’s service to help the world.

To excite your imagination, I’d like to share with you one inspiring example of how this might be done. This is the mission of one successful author and speaker (who, by the way, became successful as a result of this mission statement).

“To create and inspire one million millionaires who each give one million dollars to their church or charity.”

Wouldn’t it be nice if a devotee had the same mission? There are so many projects and temples that could flourish with this kind of funding.

There are as many ways to serve Krsna as there are devotees. I’d like to share a quote that will hopefully get you thinking how you might be able to expand your service in some way.

“The greatest danger for most of us is not that our aim is too high and we miss it, but that it is too low and we reach it.” (MICHELANGELO)

What are You Asking For?
Lord Caitanya asked Nityananda Prabhu, “How can all the fallen souls be saved?”
What more could you be doing if you asked this question – and asked it often?

If you do regular service at the temple I am not in anyway minimizing that. I am just asking you to consider what more you can be doing by asking yourself how all the fallen souls can be saved.

If we as a society are to help the world, I believe it is essential that everyone of us ask ourselves this question continually.

Do We Really Care About Others?
I don’t think it is fruitful to ponder whether or not you really care that people are suffering without Krsna consciousness. We all care to one degree or another. The important question to ask is, “Do you care enough to do something about it?*

Let me share a thought that has always inspired me. I know that right now there are people somewhere whose lives I can touch by making a little personal sacrifice, by going out of my way to do something to further the mission of Krsna consciousness. I may not know who those people are and I might never meet them; and I can’t always say how my efforts to spread Krsna consciousness will directly influence them. But I do know that doing nothing isn’t helping anyone.

* If we care about others we will take care of our own spiritual lives. Lord Caitanya said make your life successful and then make other’s lives successful. Physician, heal thyself. Devotees have often overextended themselves in the name of preaching and either eventually burned out or fell down as a result. Dead men don’t make good soldiers.

The exercise was actually given above, but I will restate it again.

Ask yourself “What more can I do to make the world more Krsna conscious? How can all the fallen souls be saved?”

And never stop asking this question.

King Kamsa’s Bhoga-Mart:Why Are We Still Nourishing the Infrastructure of Dependency?