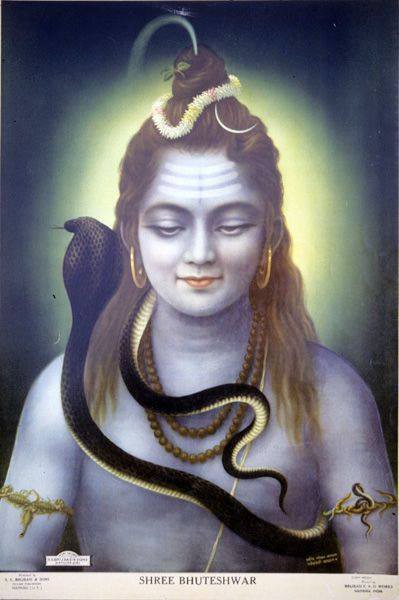 Generally worshipers of Siva are Mayavadis or impersonalists who desire to become one with the Supreme. Brghu Muni pointed out that Siva followers become atheists and thus condemn themselves:

One who takes a vow to satisfy Lord Siva or who follows such principles will certainly become an atheist and be diverted from transcendental scriptural injunctions.

Those who vow to worship Lord Siva are so foolish that they imitate him by keeping long hair on their heads. When initiated into worship of Lord Siva, they prefer to live on wine, flesh and other such things. (Srimad Bhagavatam 4.2.28-29)

There are some immature devotees of Krishna who chant prayers to the demigod Siva on the basis that worship of Krishna’s devotee is superior to worship of Krishna Himself. Although it is true that Lord Siva is the greatest Vaisnava, nevertheless, Lord Sri Caitanya Mahaprabhu, the yuga avatara for this age, has clearly stipulated that the only process for self-realization is chanting the names of Hari.

Hari means Visnu and His expansions. Of course one meditating on Lord Siva may become eligible to attain the abode of Lord Siva called Mahesa-dhama, however pure devotees of Krishna prefer to attain Goloka Vrndavana. His Divine Grace A.C. Bhaktivedanta Swami Prabhupada initiated his disciples into the chanting of the maha mantra: Hare Krishna Hare Krishna, Krishna Krishna Hare Hare, Hare Rama Hare Rama, Rama Rama Hare Hare—he never encouraged disciples to chant Siva mantras. Siva and other demigods can not equal Lord Visnu and chanting their names does not give the same result as chanting the names of Visnu. By equating the names of Siva with those of Lord Krishna one becomes implicated in committing the second offense to the holy name:

In this material world, the holy name of Visnu is all-auspicious. Visnu’s name, form, qualities and pastimes are all transcendental, absolute knowledge. Therefore, if one tries to separate the Absolute Personality of Godhead from His holy name or His transcendental form, qualities and pastimes, thinking them to be material, that is offensive. Similarly, to think that the names of demigods such as Lord Siva are as good as the name of Lord Visnu-or, in other words, to think that Lord Siva and the other demigods are other forms of God and are therefore equal to Visnu-is also blasphemous. (Sri Padma Purana)

As mentioned in our previous posts Yoga Mart and Zombie Jamboree, catering to the whimsical public taste can compromise our faithfulness to the parampara. It is very risky to adopt a process of chanting that was not handed down through the disciplic succession of Vaisnavas (sampradaya-vihina ye mantras te nisphala matah). Those who are attracted to Lord Siva would do well to follow his own example by exclusively worshiping and glorifying Lord Krishna. Hare Krishna.

The beautiful Iskcon temple of Chosica, Peru (Album with...
Mayapur: Kirtan Mela 2018 Adhivas (video) What happens at a...