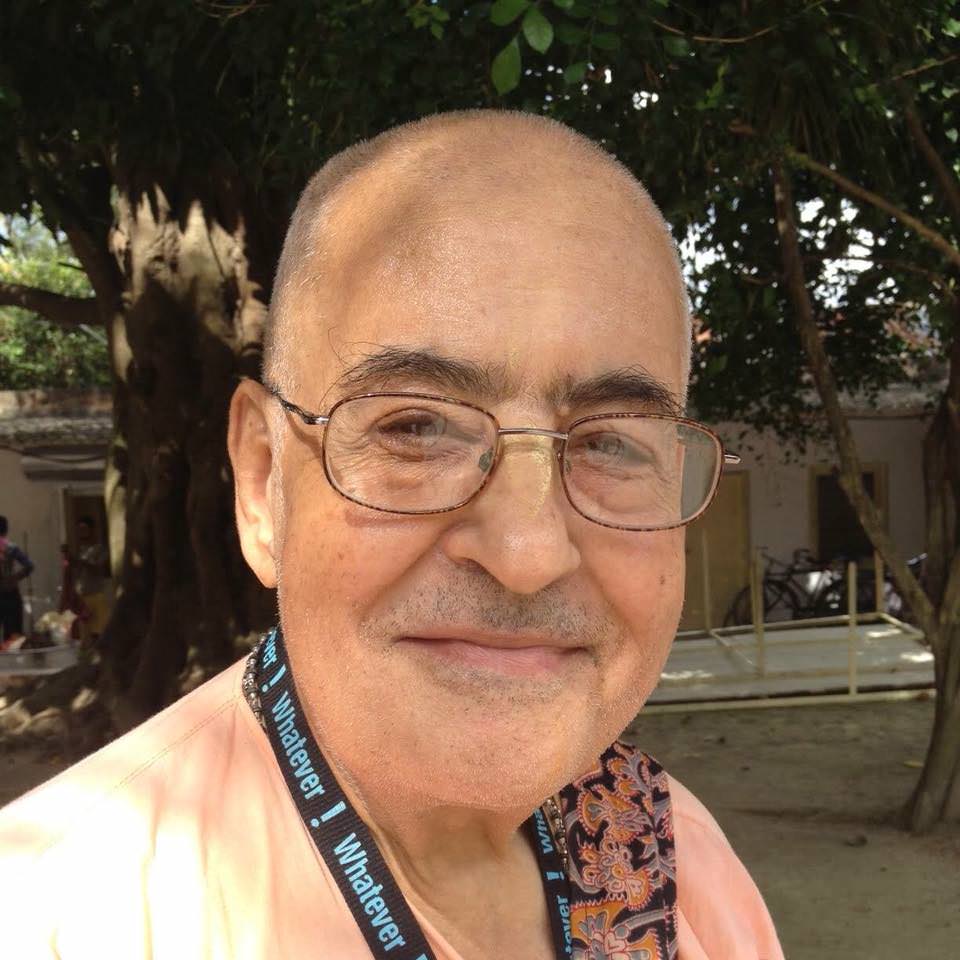 Hrimati Mataji: It is with a heavy heart to give the news that our dear godbrother Ravanari Das has left his body March 1, 2018, in Ottawa, Canada. He died of natural causes in a hospital.
Ravanari has lived in Mayapur, senior Brahmachari Ashram for several years. Born in Palestine, he was Srila Prabhupada’s first Muslim disciple. He joined the movement 1974 in Germany. Later on he preached to the Muslim community in the Middle East and India. He moved to Canada and, for 16 years, dedicated his life to translating Srila Prabhupada’s books in his native Arabic language. Ravanari suffered several small strokes, after which he moved to Mayapur.