Faithful followers of the BBT have adopted March 14th as “BBT Only Day” in recognition of a significant instruction Srila Prabhupada issued to all temples and members of the Society on March 14th 1974 in the following letter: 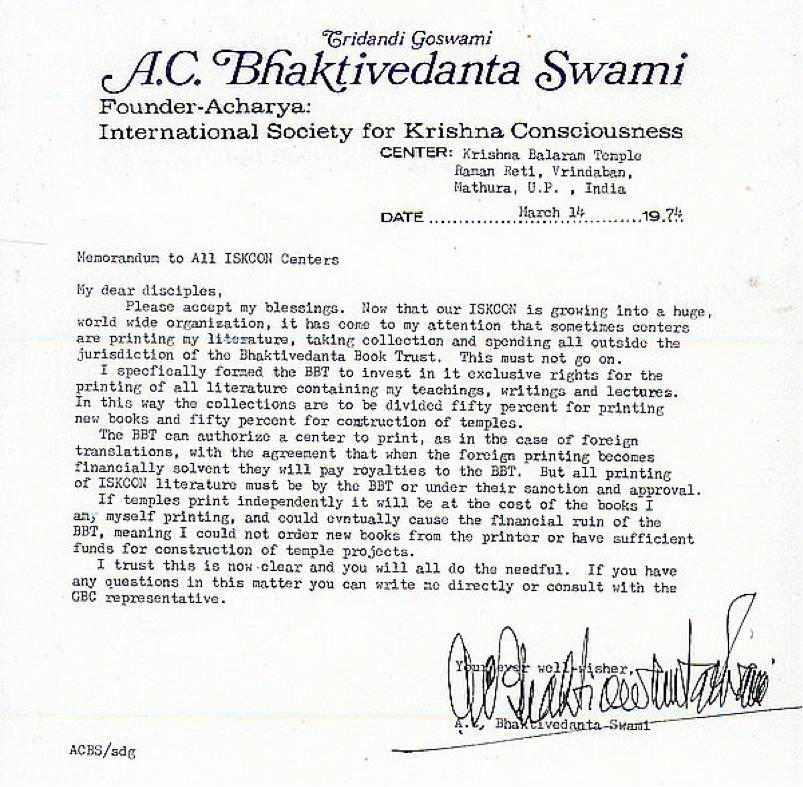 As is evident from this letter: 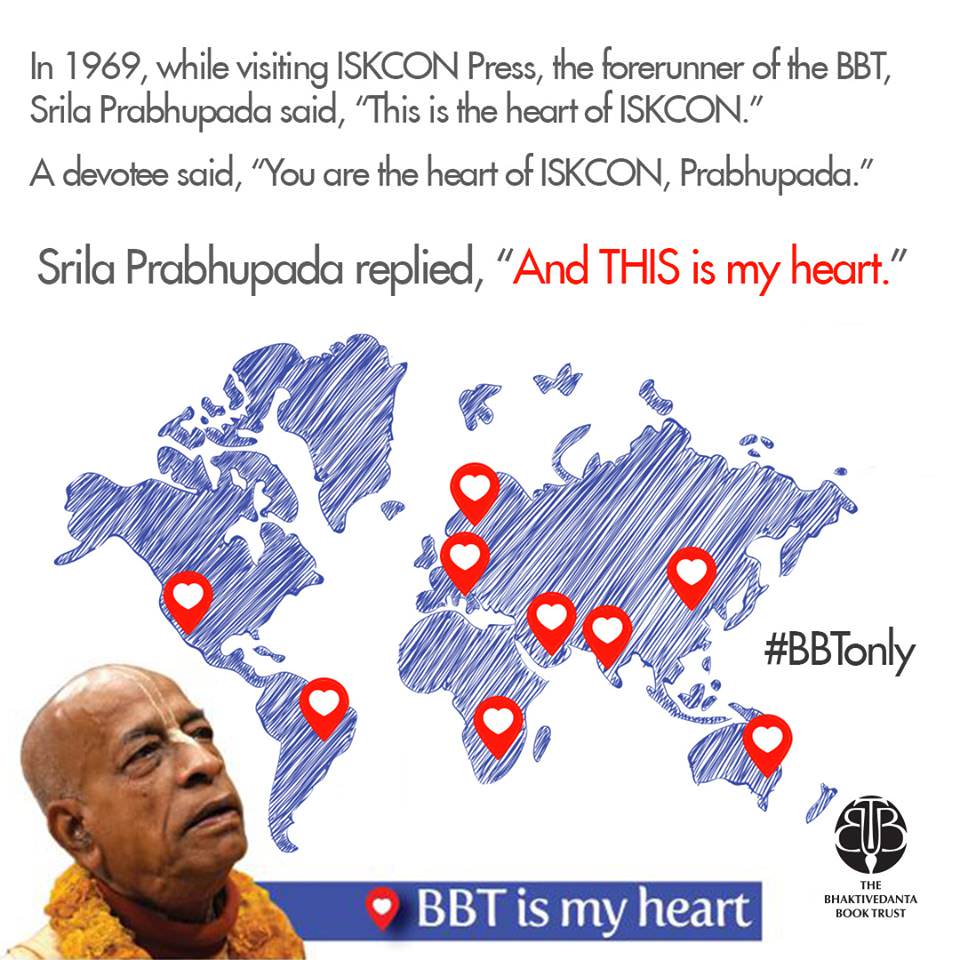 To understand the intention of such statements in more detail, it’s worth considering the following:

• In line with its mandate, the BBT has delivered 45 years of loyal service to His Divine Grace, and continues to prosper to this day. For example, the global BBT has contributed millions of dollars to build ISKCON temples, including the TOVP; has given grants for the strategic distribution of Srila Prabhupada’s books in third-world countries; has funded scientific research projects; has held art seminars and international symposiums on book publishing and distribution; has maintained the Bhaktivedanta Archives, whose mission it is to “collect, preserve, protect, and allow dissemination of Srila Prabhupada’s teachings, images, and life’s work”; and has overseen the translation of Srila Prabhupada’s books and facilitated their mass publication and distribution throughout the world. 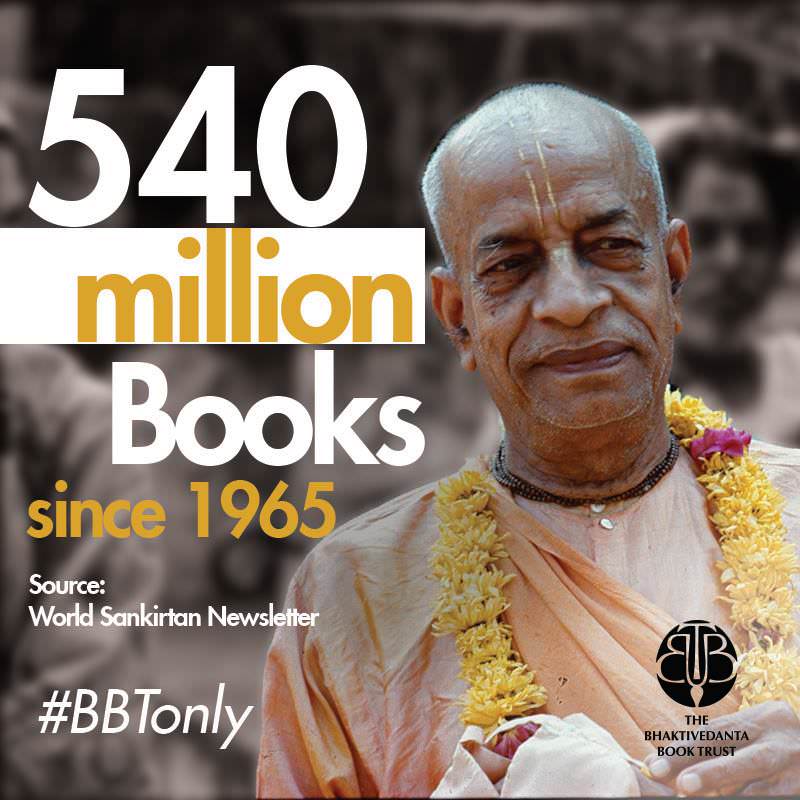 There are so many ways that each of us can contribute to the further prospering of the BBT, which Srila Prabhupada referred to as “his heart.” 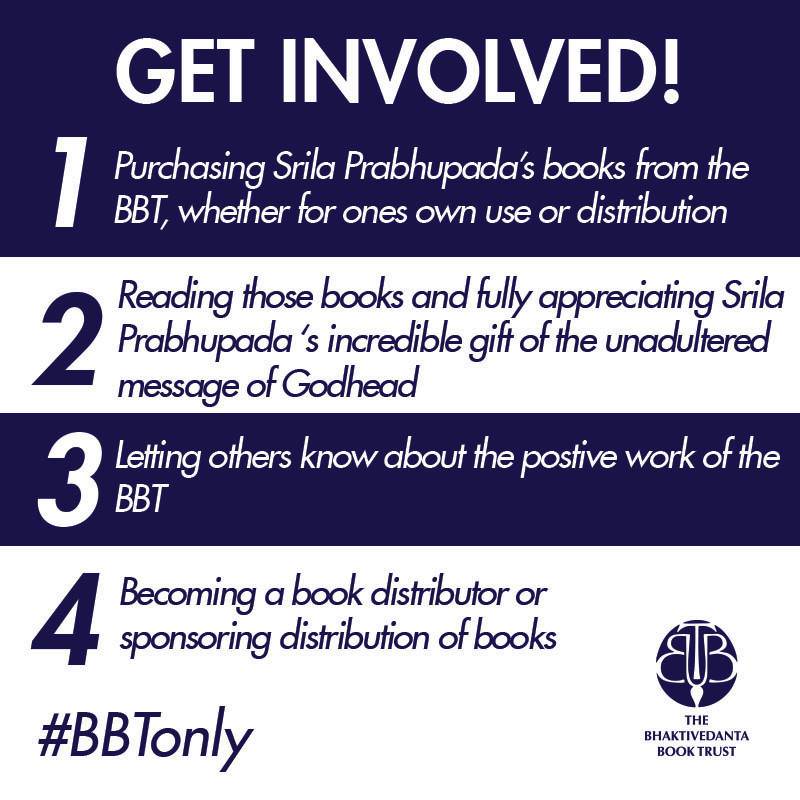