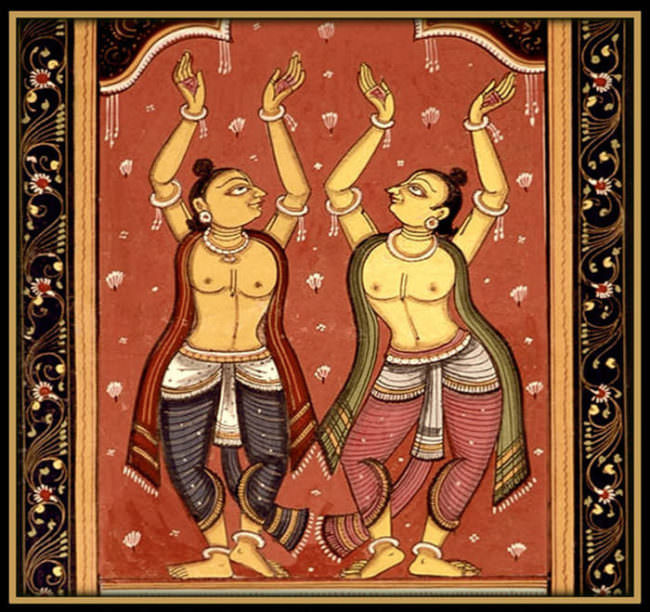 Being Krishna Himself, Sri Chaitanya Mahaprabhu is Rasaraj, the Supreme Enjoyer of rasa and the emporium of all rasas. With His devotees, He relished different rasas, including “hasya” rasa, one of the seven indirect mellows. Particularly, in His youth, as Nimai Pandit, He was very mischievous and used to make fun of everyone. Sri Chaitanya Bhagavat (CB) mentions that there was no one in Nabadwip that Mahaprabhu did not make fun of in some way or other.

Mahaprabhu especially liked to make fun of the migrants of Sri Hatta (Currently Sylhet in Bangladesh). At that time, a lot of residents of Sri Hatta settled in Nabadwip. They include but not limited to Advaita Acarya, Srivas Pandit, Chandrasekhar Acarya, and Murari Gupta. Even Mahaprabhu’s parents – Jagannath Misra and Saci Devi both hailed from Sylhet. Sylheti Bengali is completely different from the standard written and spoken Bengali even in this day and age of standardization of language and culture. The Sylhetis not only speak a different dialect of Bengali (some linguists even consider it a different language) but also have a particular accent when they speak standard Bengali. Hence, it is quite natural that in the 15th century, the first-generation settlers of Sylhet in Nabadwip used to speak among themselves in their own dialect and had a particular accent when they spoke standard Bengali. Whenever Mahaprabhu met someone from Sylhet, He used to make fun of them by imitating their way of speaking.

The infuriated residents of Sri Hatta would retort, “Hey boy, which land do you hail from? Aren’t your father, mother and all your family members also from Sri Hatta? Tell us which one of your family members was not born in Sri Hatta. When you yourself are a descendant of Sri Hatta, why do you make such fun of us? What is the logic?” [CB Adi 15.19-21] No matter how much they tried to reason with Mahaprabhu, He did not listen. The more they tried to convince Him, the more fun He had imitating their accent and making jokes at their expense. He kept mimicking them in various ways until they used to lose their cool.

Not only Sylheti, Mahaprabhu enjoyed mimicking other Bengali dialects. People of East Bengal/Bongodesh (Current Bangladesh) used to make a tremendous endeavor to collect funds and arrange to go to Nabadwip to study under the great scholar Nimai Pandit [CB Adi 14.72]. When Mahaprabhu Himself visited East Bengal, people were extremely joyous and thousands of interested students approached Him from various parts of Bengal. Mahaprabhu accepted and taught them all. When Mahaprabhu returned to Mayapur after His long absence, all His friends and relatives came forward to greet Him. They sat around Him as He joked and laughed about the people of East Bengal. He mimicked their way of speaking and had a good laugh with the visitors.

In fact, He was enjoying this way so exuberantly that no one wanted to break the news of His wife, Vishnu Priya’s death and make Him sad.

In this way, Mahaprabhu enjoyed hasya rasa with the residents of Nabadwip. Even though He used to joke around with everyone, He never made jokes or laughed in the company of women.

What to speak of joking, if He ever came across a woman, He maintained respectful distance by giving her the right of way.

Though He was very reserved with other women, He used to make hilarious comments when He was around His mother and wife. There is a very sweet pastime of Mahaprabhu joking with Vishnupriya in front of His mother mentioned in Sri Chaitanya Bhagavata. This incident happened after Mahaprabhu already started His Sankirtan Pastime in Nabadwip in the association of Nityananda Prabhu.

Lord Nityananda spent His time roaming about Nabadwip and acting like a child. He would often run to Lord Chaitanya’s house where Mother Saci showered Him with affection. Absorbed in the mood of a young boy, Lord Nityananda would try to catch mother Saci’s feet and she always tried to escape from Him. One night, mother Saci had a dream which she later narrated to Mahaprabhu in confidence. “Late in the night, I dreamed that You and Nityananda. You were two five-year-old boys, running about playing and fighting. I saw both of You enter the Deity room and brought Krishna and Balarama out of the temple room. The four of You then began to fight with each other, snatching the sweets and food from one another’s hands and mouths and eating it. Thereafter I woke up, but I cannot understand anything about this dream, therefore I am telling You.” [Abridged from CB Madhya 8.28-41]

Hearing of this dream, Mahaprabhu smiled and sweetly told His mother,
“Mother, you saw a very wonderful dream. Please don’t tell this to anyone. The Lords are really present in the Deities of our home. Your dream confirms the fact.
In fact, I have been observing something strange lately. Again and again I saw that after bhoga was offered to the Deities, not even half of the food remained. Embarrassed, I did not tell anyone. I suspected that your daughter-in-law might be secretly eating the bhoga. That suspicion in my heart is now cleared.” [CB Madhya 8.46-49]

Hearing the conversation from inside the house, Vishnupriya Devi, smiled at her husband’s words.

In this way, Krishna the supreme enjoyer of all rasas, also relished hasya rasa in His Gauranga incarnation various ways – by making fun of the residents of Sri Hatta, mimicking the people of East Bengal, joking with His wife, to mention a few.