The passing of Vrikodara Prabhu 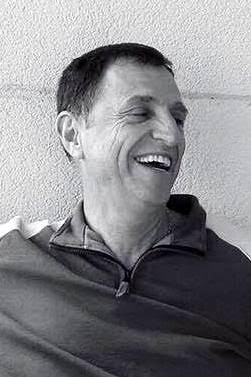 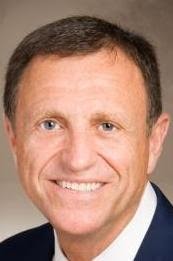 Vrikodara das, (Victor Mistretta), disciple of His Divine Grace AC Bhaktivedanta Swami Prabhupada, passed away January 26, 2018, in Miami, Florida. He was 68 years old, and had terminal cancer. He had been the temple president of ISKCON New Orleans and the ISKCON New Talavan farm community for many years, as well as in charge of the devotee school at New Talavan.

He battled terminal cancer for several years while never complaining, being always in good spirits and checking on the welfare of others. From the material perspective he was a lot like General Patton, the famous WW11 hero. In a spiritual light he was similar to the person, Srila Prabhupada, named him after, the great fighter- Bhimasena.  Vrik, as we often called him, could really rally the troops to get a job done no matter how tough the work.  He was a powerful warrior figure who ran a clean administration which didn’t tolerate any sort of nonsense especially serious matters like child abuse. He served during a time when we were a tiny religious minority that suffered much religious intolerance; but, Vrk, would stand up to any of it, and give the devotees working under him protection. Whomever caused trouble, Vrik, didn’t tolerate it.  He would be the first one confronting the troublemaker forcing him to change, leave or fight with him.

When it came to finances he was willing to work to earn the needful while organizing the local temple devotees to serve to the best of their capacities. He never flinched to take a risk to carry out his spiritual master’s mission. If the risk was financial he worked hard to pay every single debt big or small.  As the temple President he would create debts and work super hard to pay them while never personally banking or touching the money.

He went out of his way to engage people in some respectable devotional service, and inspire them in their endeavors.  He was very merciful to unfortunate people.  He would always try to engage them in some devotional service or give them prasadam or even a place to sleep if they were not a disturbance.  He was generally respectful to his superiors; but never backed down from any challenges they threw at him.  He was always ready to take the tiger by the tail.

Tall,  handsome and soft spoken when not confronting an aggressor he would smile and often play a humble role to motivate people to help us out.  He was a devotee with deep faith in God and his guru.  He was never unfaithful nor afraid to voice his opinion in an intelligent way.  He loved friends and often felt bad when politics, business or philosophical issues separated him from them, although, he didn’t hesitate to speak his mind to them.  He was often known as “Vrik the Stick” in our society since he didn’t put up with any nonsense nor anyone undermining him nor his administration and it’s officers.

I learn a lot from, Vrik. One thing was trust.  Vrik trusted people and he could bring the best out of a person.  However, if he thought someone was cheating him or his organization he didn’t waste time confronting that person.  He possessed a great ability to forgive and always made you feel wanted. He was certainly the average man’s commander, but commanded respect from other leaders.

He knew his limitations and never tried to be something he wasn’t.  He was always ready to go to bat for you whenever a person needed him.  Vic never took advantage of people nor did he let others take advantage of him or the organization he lead and managed.  He had a way of bringing out the best in people.  Of course some people were put off by his no nonsense style, but he didn’t let it bother him.

Vrikodara was very loyal to his family and friends, and helped all of them as much as possible.  He was a true brother, uncle, father, friend and cousin.  He always remembered anything & everything anyone did for him or the group he served.  He had a fantastic way of turning enemies into friends and often did so.

Vrk, was never afraid to spend money to push things on.  He was a risk taker for good causes and rarely got burned.  He consistently took responsibility to pay any debt he helped create.  The accounts he managed were clear and easy to understand.  He would feel very bad if something went wrong including paying a bill on time.  He would call the people and sing the blues so sweetly.  Even BB King would be proud of him.  He didn’t mind people crying on his shoulders.  They always left feeling better.  Vrk would help people through thick & thin.

The Gurukula building in Krishna Völgy, Hungary (Album with...
Appointment of Director for Prevention of Leader Misconduct Office

“Sri Nrsimhapalli” Or Devapalli. The Place Where Lord Nrsimhadeva Came To Wash The Blood From His Hands After Killing Hiranyakasipu

Young Professional Serves Up Gita Wisdom. “We have this focus…