Lord Jesus and the Vegetarian Diet 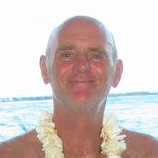 Concerning a vegetarian diet, and Lord Jesus Christ, there is a most important and significant, Dead Sea scroll, in this regard.
It is known as, The Essene Gospel of Truth, by His Disciple John. The one we are referring to was translated into the english language from the original “aramic” in which Lord Jesus and others spoke at that most important event, during the past time and life time on earth, of Lord Jesus Christ.
This relatively short historical evidence kept secret in writting by the Essenes,takes only one hour to read in its entirety. This dead sea scroll was was hidden in a cave within an urn, just above the Dead Sea where it was discovered in the 1920’ties, and then translated into english by the famous Dr. Edward Sezekly. The Essenes and the followers of the teachings of Lord Jesus Christ, were hunted and killed for many years after the disappearance of Lord Jesus Christ, so that any literatures glorifying Him through His teachings had to hidden and kept secret. thus these the Essene Gospel of Peace by His Disciple John was hidden in a urn over 2000 years ago to be found in the 1920ties.
When we were first shown this booklette sized literature in Toronto Canada by a god brother, when we stayed at the old wooden three story hare krsna temple on Gerard street,we shed tears for about an hour while reading it through,it was so absorbing, because it so brought the divine Presense of Lord Jesus very close and completely real.
The whole text may be viewed at www.essene.com/GospelOfPeace/peace1/html . Included herein is just one of the sections definetly dealing with the very heavy restriction not to eat the flesh of “slain beasts”.

“It was said to them of old time, ‘Honor thy Heavenly Father and thy Earthly Mother, and do their commandments, that thy days may be long upon the earth.’ And next afterward was given this commandment, ‘Thou shalt not kill,’ for life is given to all by God, and that which God has given, let not man take away. For-I tell you truly, from one Mother proceeds all that lives upon the earth. Therefore, he who kills, kills his brother. And from him will the Earthly Mother turn away, and will pluck from him her quickening breasts. And he will be shunned by her angels, and Satan will have his dwelling in his body. And the flesh of slain beasts in his body will become his own tomb. For I tell you truly, he who kills, kills himself, and whoso eats the flesh of slain beasts, eats of the body of death. For in his blood every drop of their blood turns to poison; in his breath their breath to stink; in his flesh their flesh to boils; in his bones their bones to chalk; in his bowels their bowels t o decay; in his eyes their eyes to scales; in his ears their ears to waxy issue. And their death will become his death. For only in the service of your Heavenly Father are your debts of seven years forgiven in seven clays. But Satan forgives you nothing and you must pay him for all. ‘Eye for eye, tooth for tooth, hand for hand, foot for foot; burning for burning, wound for wound; life for life, death for death.’ For the wages of sin is death. Kill not, neither eat the flesh of your innocent prey, lest you become the slaves of Satan. For that is the path of sufferings, and it leads unto death. But do the will of God, that his angels may serve you on the way of life. Obey, therefore, the words of God: ‘Behold, I have given you every herb bearing seed, which is upon the face of all the earth, and every tree, in the which is the fruit of a tree yielding seed; to you it shall be for meat. And to every beast of the earth, and to every fowl of the air, and to everything that creepeth upon th e earth, wherein there is breath of life, I give every green herb for meat. Also the milk of every thing that moveth and liveth upon earth shall be meat for you; even as the green herb have I given unto them, so I give their milk unto you. But flesh, and the blood which quickens it, shall ye not eat. And, surely, your spurting blood will I require, your blood wherein is your soul; I will require all slain beasts, and the souls of all slain men. For I the Lord thy God am a God strong and jealous, visiting the iniquity of the fathers upon the children unto the third and fourth generation of them that hate me; and showing mercy unto thousands -of them that love me, and keep my commandments. Love the Lord thy God with all thy heart, and with all thy soul, and with all thy strength: this is the first and greatest commandment.’ And the second is like unto it: ‘Love thy neighbor as thyself’ There is none other commandment greater than these.”

Lord Jesus is speaking of cancerous growths taking hold within the body due to the sinful act of flesh eating. ie The stinking bowels, men will become “the slaves of satan”, who follow, “the path of death”. In parts it is like reading a horror story telling of the results of meat eating in our intestines, and upon our souls. Our culture calls it the hamburger restaurant,McDonald’s, Burger king,etc, the steak house! These -dens of death- are all completely acepted now as normal, having playgrounds for children, lovely colourful architecture, air conditioning, and heat in the winter, all things to appear modern and comfortable. Just the exact opposite of slaughter house’s where from the products sold therein are derived. These eating places are so popular that US army bases have these hamburger restaurants within them. Is that not a sign of the sufferings of the present and the future? Did not Srila Prabhupada say among many other statements outlining also the heavy pitfalls of meat eating, that peoples children will have to go to wars and be killed due to the killing of animals in slaughter houses. Did he not also state that due to the slaughter houses, both wars, and various diseases, will invade the entire populations of those who take part. Has not the existence of deadly cancer and heart disease grown and multiplied many times since the introduction of both slaughter houses, along with the new technology of refridgeration to keep the -dead flesh- from decay and putrefaction,which always brings along the emergence and growth of maggots. .

This Essene Gospel Of Peace by his disciple John, is filled with vedic knowledge. It is full with eternal truths comming from the saktavesh avatar

God – Out And About, In The Streets Of The World

The Personality of Lord Rama

Life Not As We Know It

2 Comments to “ Lord Jesus and the Vegetarian Diet”