I SEE YOU IN THE SKY 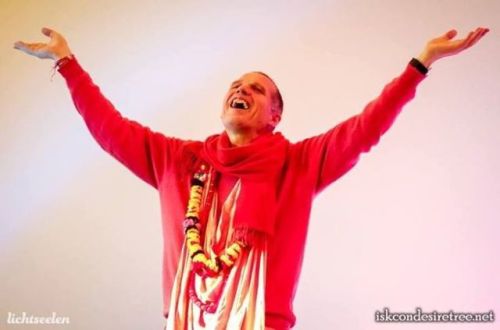 I SEE YOU IN THE SKY!
By Sacinadana Swami
“I would believe only in a God that knew how to dance.” – Nietzsche, Thus Spoke Zarathustra
A few days ago, I went for a long walk with a very dear friend. We were so absorbed in our talks that we forgot the time. All of a sudden, we found ourselves surrounded by the pitch-black night.
A recent hurricane had torn off the branches of many timeworn trees and uprooted numerous others, leaving us an ominous path back home. Fortunately, my friend had a mobile phone with torchlight function, and our eyes were thus firmly fixed on the bumpy ground ahead. When we finally emerged out of the dense forest, both of us spontaneously stopped, as if on cue.
“Ah…just look!” was all we could say.
We’d been overcome by the incredible night sky with its well-known constellations – Orion, Ursa Major, Libra…so many star formations that spanned all directions.
As we both looked up, I was carried into the past. As a young boy, I slipped out of my bedroom window on nights like this. I roamed our garden and climbed an old apple tree to muse about the world up high:
“Was there life on other planets? Another boy in another galaxy looking at “my” planet and wondering if someone like him looked back?” Most importantly, “Who was behind all this?” Or was there no God?”
“Certainly,” I thought from upon my apple tree, “there must be someone out there who has created all these stars…but what was He like?”
At that time, my family lived in a spacious villa on a little island, which hosted a quaint central train station and cosy restaurant. A few times a day, an ancient-looking red train would stop at the station. My father served as the well-respected director of this charming operation, and I was seen as one of his three equally respectable sons. Back then, everything, including my worldview, was very small. But big thoughts about the great beyond puzzled my little mind every time I looked into the night sky.
“So many civilisations have come and gone,” I thought, “so many people have been born and died – leaving only fading traces behind. But one witness has always been there and will always remain for eternal time. Does He care about me – someone so small and insignificant?
As I stood under the star-spangled sky, I felt overwhelmed with gratitude for the many discoveries on my spiritual journey, beginning with the seedling thoughts on that old apple tree more than half a century ago.
Now, not only did I most definitely know that there was indeed “someone out there,” but I fondly look back on how that someone has reciprocated so many times with my humble attempts to engage in His service. In His kindness, He has afforded me His powerful protection throughout my life as well. He was always there, bringing me out of harms reach – miraculously!
My vague image of God has evolved from the old man in heaven to an eternal youth who is full of love and bursting with delight! God is “rasa” – the embodiment of affection, ever-fresh experiences, and transcendental enchantment. One of His names is Krishna, meaning “The All-Attractive One.” And when one tries to connect with Him in a pure spiritual relationship, it seems He has been waiting for this for all time…
I always smile when I hear Nietzsche’s famous words, “I would believe only in a God that knew how to dance.” As it turns out, Krishna dances more often than not! As a result, everything in existence is set into motion. Nietzsche proclaimed this in protest of a god who is limiting, for Krishna is known again and again to jump out of all the limited conceptions we humans impose upon Him.
I also remembered a poem – that seemed to amplify my inner explorations then and now:
We dream of journeys through outer space:
But is not all the space inside of us?
We don’t know the depth of our spirit
The secret paths all lead inside.
In us – and nowhere else lies the eternity
With all its worlds – past and future.
(Novalis, Blütenstaub, 1798)

Under that night sky I was also moved by feelings of gratitude to be trained by His pure devotee. My search has in one way ended and in other ways just begun, because my Lord is ever fresh and new – never stale or calculable.
On that evening, it took only a moment’s gazing into the night sky to touch His limitless wonder.

Monkey seva
Sage on the Stage or Guide by the Side?
Tagged under: Nectar

Krishna’s devotees are beyond all material designations (video)

The passing of Vrikodara Prabhu