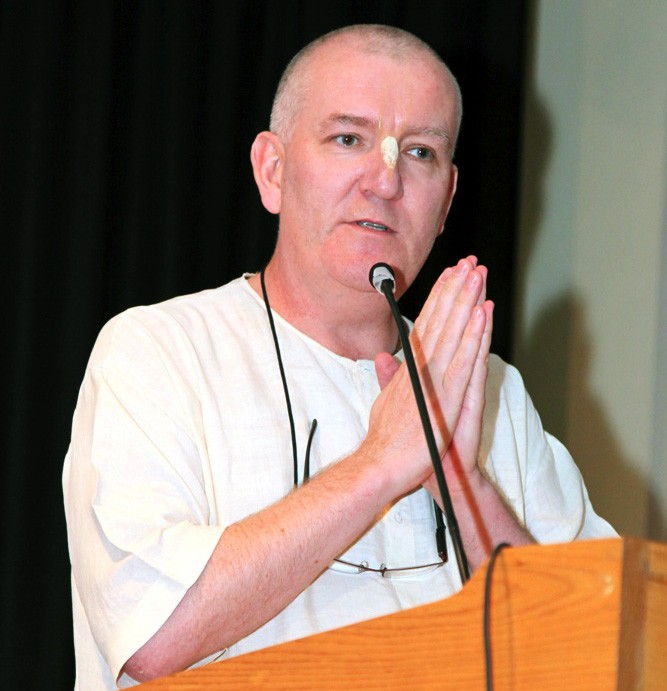 Recently while reading Srimad Bhagavatam I felt as if I was committing an offence, simply in the act of that study. The words I was reciting at the time were uttered by Prajapati Daksa, they were:

It is certainly uncomfortable to read such words spoken about such an elevated personality, what to say of speaking them out loud. That uncomfortable feeling is, I guess, a good protection, as it naturally helps to ensure that we avoid using such offensive language toward such a glorious personality. Of course sastra informs us that being offensive is not just restricted to offences we might make to pure devotees:

“Just as a student in a law class is to be understood to have already graduated from general education, anyone who is engaged in the chanting of the holy name of the Lord—Hare Krsna, Hare Krsna, Krsna Krsna, Hare Hare Hare Rama, Hare Rama, Rama Rama, Hare Hare—must have already passed all lower stages. It is said that those who simply chant the holy name with the tip of the tongue are glorious” SB 3.33.7 Purport

The safest position to take is to not criticise any devotee that way we can be sure not to fall fowl of vaisnava aparadha:

“A pure Vaisnava should be very careful to engage in his specific duty without criticizing others. This is the safest position. Otherwise, if one tends to criticize others, he may commit the great offence of criticizing a Vaisnava” SB 6.17.15 Purport

There are so many references in sastra as to the importance of avoiding offending vaisnavas, so as I read the words of Daksa it seemed worthwhile to look a little deeper into why he would offend Narada in this way. On the face of it Daksa was extremely upset because his first 10,000 sons, the Haryasvas, whom he had earmarked to populate the planet with good progeny, were convinced by Narada to by-pass the grhastha asrama. Due to the inherent risks of being side tracked by maya while populating the world, Narada suggested they would be better to simply devote themselves exclusively to the path of renunciation. That was bad enough but then Daksa had another 1,000 sons to do the job his previous sons had been diverted away from but Narada had a different idea and did exactly the same again, convincing Daksa’s latest arrivals to follow in the footsteps of their elder brothers.

This was too much for Daksa, the straw that broke the camels back, hence his offensive words and cursing of Narada that while he may be able to travel all over the universe, he will not be able to reside anywhere. Srila Prabhupada comments on this curse as a case of Daksa ego projecting, due to the fact that Daksa, being a grhamedhi, was thinking that such a curse would be unbearable; however for a preacher like Narada it was not so daunting.

To understand better the core reason why Daksa committed this offence, we find a clear hint in the different reactions that Daksa and Narada had to their reversals. Narada’s reaction to the curse imposed on him by Daksa was ‘tad badham’ – “Yes, what you have said is good. I accept this curse” So the mood of Narada was to be tolerant (titiksava) and accept the curse. Whereas Daksa’s reversal, which really wasn’t a reversal at all, as confirmed by the verse – devarsi-bhutapta-nrnam pitrnam, still Daksa saw it as a negative and his response was not one of tolerance but rather one of anger, aggression and retribution.

The logical conclusion would seem to be that if we have faith that all apparent reversals we receive in life are actually the mercy of the Lord, then it will be far more likely that we will respond in a tolerant way, as opposed to an angry way. If we are tolerant of them then we are far less likely to fall victim to vaisnava aparadha, however if we react angrily to them we are far more likely to fall prey to vaisnava aparadha.

Anyone who is able to accept that not even a blade of grass moves without the sanction of Krsna, will be far better prepared to be tolerant of such reversals, however fair or unfair they may appear to be. For devotees who accept the supremacy, glory and absolute position of Krsna, acceptance of life’s reversals should be that bit easier again:

aham sarvasya prabhavo – I am the source of all spiritual and material worlds [BG 10.8]

yo mam evam asammudho – Whoever knows Me as the Supreme Personality of Godhead without doubting [BG 15.19]

And as devotees we are also aware that we can never be sure what the plan of the Lord is:

However we do know that the Lord is always fair and always favourable to His devotees:

samo ‘ham sarva-bhutesu – I envy no one, nor am I partial to anyone. I am equal to all. But whoever renders service unto Me in devotion is a friend, is in Me, and I am also a friend to him [BG 9.29]

So armed with all this knowledge we should be able to navigate clear of reacting angrily to the inevitable calamities that will continue to be thrown our way, who knows one day we might even come to the point of welcoming them with open arms.

2 Responses to “Accepting our Lot, Gracefully”