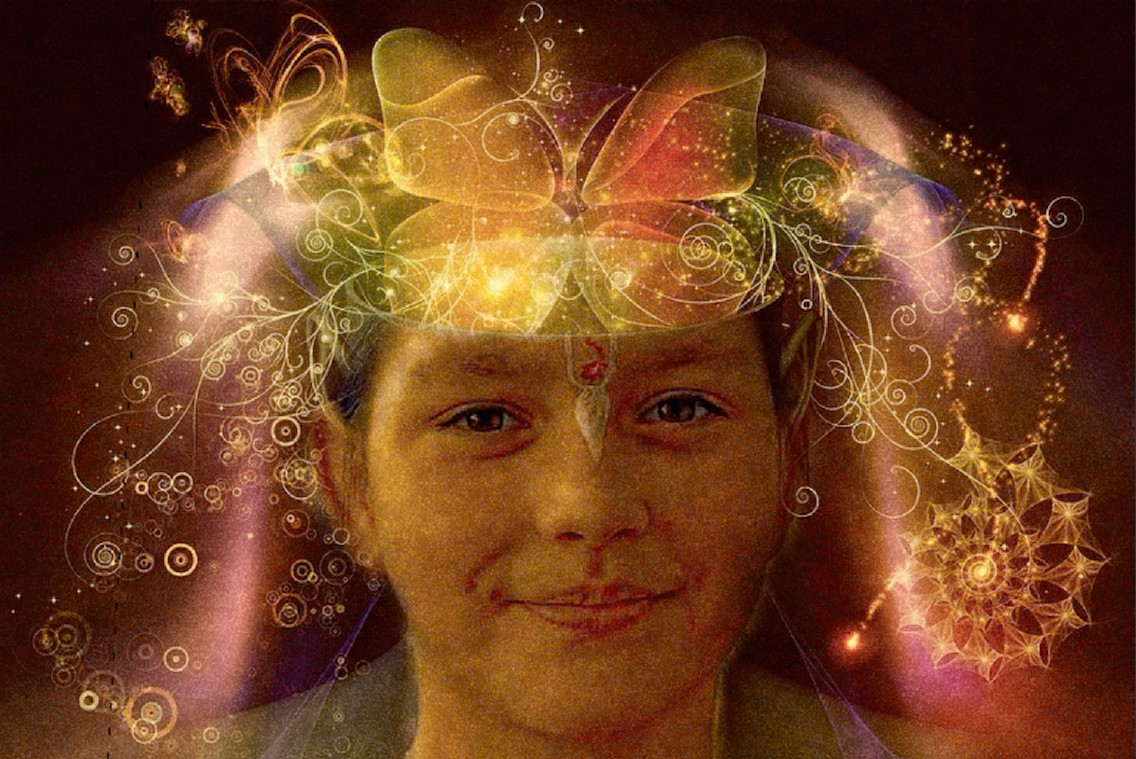 Coming from a traditional family in India, the land of myriad ceremonies, rituals and customs, my mind was conditioned to all of it. Quite naturally. As a child I rarely questioned about anything we were ‘asked’ to do such as offering obeisance to parents first thing in the morning, then the deities at home, refraining from tea, coffee, watching TV only in rationed quantities and so on. In fact I got so conditioned to all of it that I would feel guilty when I would sway away even a bit. But very soon the innocent mind started questioning and finding most of the rituals as superfluous, drudgery. They would just not fit in to my ‘civilized’ life style any longer and at the very first instance I chose to give it all up with practically little or no guilt at all. Those that lingered on like visiting Ganesha temples on Tuesdays or visiting the Hanuman temple on Saturdays were rituals which did not interfere much with my ‘other’ life!

When I got introduced to Krishna consciousness, as given by Srila Prabhupada, I realized it was like old wine put in a new bottle. Keeping all the original taste, the original essence, Srila Prabhupada packed Krishna consciousness in such a way that every ritual made sense and life in itself made sense. I realized that rituals weren’t so bad after all and that devotional service inclusive of all the austerities could be so much pleasurable. In the HariBhakthi Sudhodaya, it is said “For a person devoid of devotional service, birth in a great family or nation, knowledge of revealed scripture, performance of austerities and penances and chanting of Vedic mantras are all like ornaments on a dead body. Such ornaments simply serve the concocted pleasures of the general populace”. So in ISKCON we learn how to tune our consciousness in service of Sri Krishna. Srila Prabhupada tamed our ‘ritual conditioned’ Indian minds. Here we learn how our activities are not aimed at gaining piety or good merit but only bhakthi, Krishna bhakthi or devotional service towards the Lord. And because it is said that only bhakthi can beget bhakthi, only devotees of the lord can give us devotional service. Thus service attitude towards devotees becomes the most logical cause for the birth of devotional service. And again by chanting the holy names of the lord will we be able to attain the service attitude and actually serve the devotees. So we are in the square one of ISKCON, chanting. We start from there and we end up there as well!

However, the biggest threat to our conditioned minds is making chanting also a blind ritual, a meaningless custom, mechanical and most unfortunately a big burden. Somehow or the other, I cannot fathom how, but even chanting and deity worship can sometimes end up becoming a dead ritual. Despite several warnings from the more sincere devotees, enthusiasm for chanting sometimes fades and once again we could get all confused about life or even worse make life highly mechanical. Chanting is supposed to change our consciousness. Progress in Krishna consciousness is supposed to rid us of all anarthas, all our past meaningless pursuits. A higher taste in life automatically implies distaste in the other lowly pursuits that once gave us so called pleasure. And the most important way to progress in Krishna consciousness is chanting attentively. Chanting attentively in turn depends on reading Srila Prabhupada’s books, our association, and of course actively participating in various temple programs. Both chanting loudly (kirtan) and chanting to oneself (japa) give us several revelations big and small. We should seek for these revelations amidst devotees, amidst kirtan. Even understanding that bollywood is mythology and stories from Vedic texts are exemplary narrations from History is in itself a revelation. Only Srila Prabhupada exposed that fact to us and only he could make us see the Lord’s hand in everything. For instance I had a liking for old Hindi movie songs in my pre Krishna consciousness days and there was one song which went, ‘Aa chalk e tujhe mein leke chalu ek aise gagan ke tale, jahan gum bhi na ho aasu bhi na ho bus pyaar hi pyaar pale’ which translates itself into, ‘Come (my beloved) I shall take you to a place where there is no sorrow, no tears but only love and more love’. Now I know that that place in fact is Vaikuntha or even better Goloka Vrindavana! In my early Krishna conscious days I found the way devotees signed off their mails as ‘your servant’, the way they addressed others as ‘prabhuji’ or ‘mataji’ pretty absurd. Gradually I realized that these terms were very meaningful, very genuine and definitely far more meaningful than the usual ‘uncle’ and ‘aunty’ or ‘yours sincerely’!! Srila Prabhupada brought out a revolution in religion. He taught us how the flame of Krishna bhakthi can remain ignited in our hearts. He tamed our minds. He gave us the process of chanting and even a time table for our lives so as to always remain enthusiastic, dedicated and disciplined in devotional service. Srila Prabhupada’s books and his life story itself serve as powerful preaching instruments. If we do not take shelter of them and make chanting just a blind ritual, with no intention to progress in our spiritual lives then this beautiful phenomenon of Krishna consciousness will become very dull and burdensome and we will miss the bus that Srila Prabhupada has arranged for each one of us! I pray and hope that with the kind help of all you vaishnavas I will become worthy one day to board that bus.

ISKCON as movement and organization

A conversation between an atheist and a believer (Gadadhara Pandit Dasa)