Srila Prabhupada On Education By Example 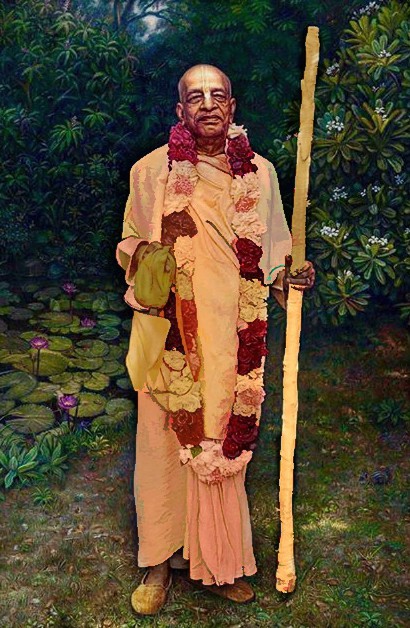 Srila Prabhupada stressed that character development was an inseparable part of education. He explained that the teachers themselves should be exemplary role models to successfully impart Vedic knowledge to the students.

You are right when you say that setting a good example for the boys is the best precept. There is a saying that an example is better than a precept. Our exemplary character depends on strictly following the four principles, and this will conquer the whole world. Our boys and girls in London, by their exemplary character, have drawn the attention of many respectable persons and even some public papers. Our movement is not only for some theoretical teaching, but it is for developing practical character and definite understanding. (Letter to Aniruddha, Los Angeles, February 4, 1969)

He wanted that the children in the movement along with learning academic subjects, should be trained in all aspects of Krsna consciousness. He stressed that this can only be accomplished if the parents and teachers are sincere devotees, following all the rules and regulations and behaving in an impeccable manner, for “children’s nature is to imitate”. (Lecture on SB 2.3.15, Los Angeles, June 1, 1972)

Simply follow the program of the elders, let the children associate as much as possible with the routine KC program, and when the others go out for working and business matters, the children can be given classes as you describe. They can learn our method of Krishna Consciousness by rising early, cleansing, plus knowledge of Sanskrit, English, a little Mathematics, history, geography, that’s all. We haven’t got to take any help from the government by getting so-called accreditation. If outsiders want to send their children to us, it will not be for their accreditation, but because they will get the best education for relieving them of all anxieties of material life and for this education the government has no idea.

Where is such thing as transmigration of the soul being taught in classroom? If they simply learn to rise early, cleanse, all hygienic principles, their study will be greater than any government program. Whatever the elder members are doing, the children should do if possible. But for teaching, the teachers themselves should be fixed up initiated devotees, otherwise how the children can get the right information and example? (Letter to Aniruddha, Calcutta, March 7, 1972)

Srila Prabhupada condemned the modern education system in which teachers are appointed on the basis of their academic qualification alone.

For learning Vedic knowledge, one must approach a person who is cent percent engaged in devotional service. He must not do things which are forbidden in the śāstras. A person cannot be a teacher if he drinks or smokes. In the modern system of education the teacher’s academic qualification is taken into consideration without evaluation of his moral life. Therefore, the result of education is misuse of high intelligence in so many ways. (SB 1.9.26, Translation and Purport)

Not that “Professor such-and-such,” and eating meat. This is the degradation of society. He is doing the work of a brāhmaṇa—teacher means brāhmaṇa—and eating meat – Oh, horrible! (Room Conversation with Devotees, New Orleans, August 1, 1975)

The principle of teaching by example is central to the philosophy of Krsna consciousness. Srila Prabhupada expected not just teachers at school to adhere to it to educate the children, but also all preachers to follow it to be eﬀective in conveying Vedic truths to people in general. He asserted that this would benefit both the preacher and the congregation.

So you are one of the chief men of this Institution, kindly maintain your behavior to the standard so that others will follow and the whole thing may go on nicely. It was said about Lord Caitanya: Āpani ācari prabhu jīvere śikhāya, that is, He personally used to practice Himself the injunctions and then He used to teach others. That is our principle: Unless one is perfectly behaved person, he cannot teach others.(Letter to Hayagriva, Madras, February 13, 1972)

How Free Are We?
How to know you have totally forgiven