A Society Free From Envy 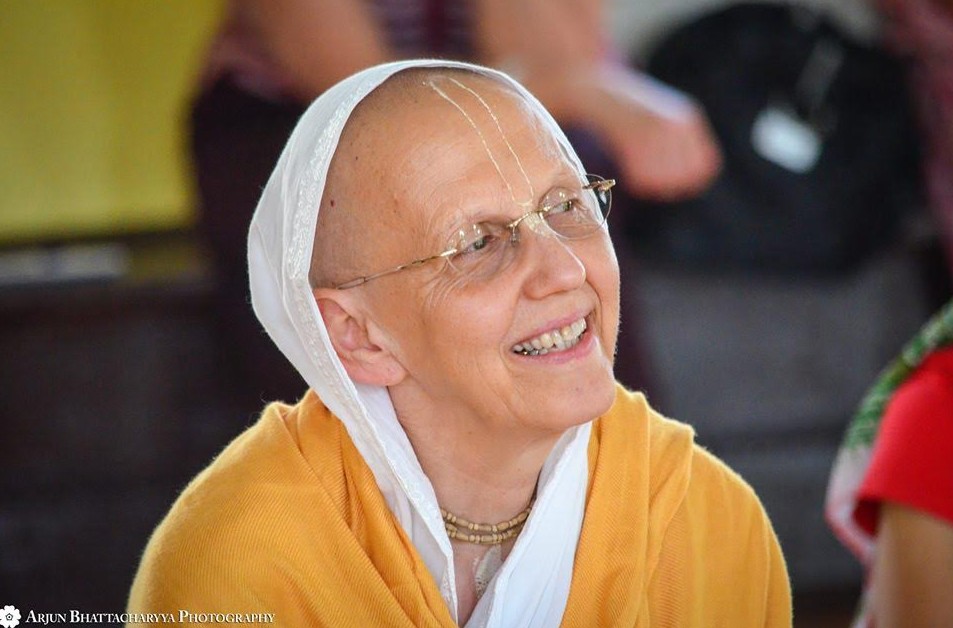 Envy is a very subtle and deep-rooted anartha within our hearts. It comes about because we want to be the supreme enjoyer, proprietor and controller. Therefore we tend to use any relationship for the purpose of establishing our superiority-no matter whether it is in relation to a superior, equal or junior. It is a certain state of heart and consciousness which externally manifests in any relationship. We have been carrying these tendencies with us in the subtle material body for many life times. After all, this is why we are still here in this material world: because we want to be supreme. In Srimad-Bhagavatam 5.18.9 in the word-for-word translation Srila Prabhupada gives the meaning to khalah as being ‘the envious’, and he adds in brackets “almost everyone”. We all have the experience how envy is such an ugly quality. And Srila Prabhupada in a humorous way reminds us that it also includes us, even though we might rather like to keep ourselves in the illusion that it doesn’t concern us, but only others. However, it is almost everyone who is affected by envy. To admit that we are envious is not easy, yet the first step to become free of it.

The verse and purport to Srimad-Bhagavatam 4.8.34 gives clear insights how envy affects our relationships towards seniors, equals and juniors: “Every man should act like this: when he meets a person more qualified than himself, he should be very pleased; when he meets someone less qualified than himself, he should be compassionate toward him; and when he meets someone equal to himself, he should make friendship with him. In this way one is never affected by the threefold miseries of this material world.” And Srila Prabhupada explains in his purport: “Generally when we find someone more qualified than ourselves, we become envious of him; when we find someone less qualified, we deride him; and when we find someone equal we become very proud of our activities. These are the causes of all material tribulations. The great sage Narada therefore advised that a devotee should act perfectly. Instead of being envious of a more qualified man, one should be jolly to receive him. Instead of being oppressive to a less qualified man, one should be compassionate toward him just to raise him to the proper standard. And when one meets an equal, instead of being proud of one’s own activities before him, one should treat him as a friend. One should also have compassion for the people in general, who are suffering due to forgetfulness of Krishna. These important functions will make one happy within this material world.”

Strikingly, the statement is mentioned three times, that if we just learn how to act properly-free of envy-we will never be affected by the miseries of this material world and can actually be happy. In fact, it is possible to be happy in the material world-an inviting promise. If we are non-envious, then in one sense we are not in this material world, but rather in the spiritual world. Srila Prabhupada explains this in the purport to Srimad-Bhagavatam 3.15.33: “In the spiritual world this religious principle of Krishna consciousness is maintained in harmony, and therefore that world is called Vaikuntha. If the same principles can be adopted here, wholly or partially, then it is also Vaikuntha. So it is with any society, such as the International Society for Krishna Consciousness: If the members of the International Society for Krishna Consciousness, putting faith in Krishna as the center, live in harmony according to the order and principles of Bhagavad-gita, then they are living in Vaikuntha, not in this material world.” Srila Prabhupada states in Srimad-Bhagavatam 3.15.18: “The special feature of Vaikunthaloka is that there is no question of sense gratification.” And thus there is no envy. Srila Prabhupada further explains his vision for ISKCON in the purport to Srimad-Bhagavatam 5.13.11: “This is an example of the struggle for existence, the attempt to counteract the onslaught of material nature. This creates enmity in society, and consequently society is filled with envious people. One person is envious of another, and this is the way of the material world. The Krishna consciousness movement aims at creating an atmosphere of non-envy. Of course it is not possible for everyone to become Krishna conscious, but the Krishna consciousness movement can create an exemplary society wherein there is no envy.” Srila Prabhupada was thinking in big dimensions-to create an exemplary society free from envy.