Mukunda Datta Das Translates Classic Works of the Acaryas for… 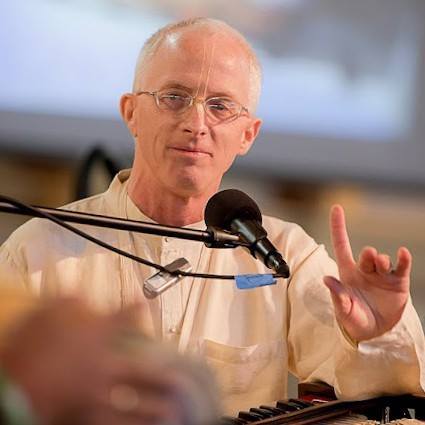 Mukunda Datta Das Translates Classic Works of the Acaryas for the BBT.
The Bhaktivedanta Book Trust is filled with extraordinary devotees continuing Srila Prabhupada’s legacy and bringing us the works of the acaryas.
One of these, translator and editor Mukunda Datta Das, got a running start at his life’s work. Growing up in Southern California, he was spiritually inclined from a very early age, becoming vegetarian and practicing yoga at just ten years old.
At thirteen, in a private high school, he began learning Sanskrit, and came across Bhagavad-gita As It Is. He had already read several editions of the Gita, but when he opened Srila Prabhupada’s, he says, “The lights came on.”
To read the complete article please click here: https://goo.gl/9ufTFj