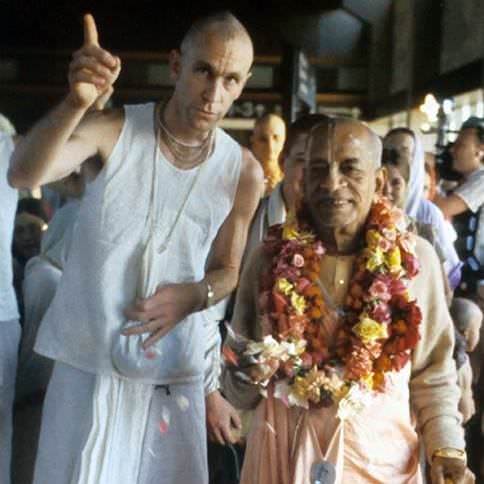 The words “religion” and “Hindu” are problematic. Both are confusing, inaccurate, and not useful words.

Depending on the context, the use of the word religion can be ill-defined and even offensive—for example, when someone says that religions cause all wars or when someone says, “Science is logic; religion is belief.”

The Wikipedia article on religion quotes the following from various scholars: “Religion is a modern Western concept. Parallel concepts are not found in many current and past cultures; there is no equivalent term for religion in many languages.
“…there is no scholarly consensus over what precisely constitutes a religion.
“[Some] argue that regardless of its definition, it is not appropriate to apply it to non-Western cultures.”

Hindus (we’ll get to that later), Buddhists, and Jains use the word dharma. This is a complex word, although Indian languages today simply translate it as religion, because there’s no English word for it. Dharma means “a set of principles with a corresponding set of responsibilities.” Thus, it can be translated as laws (principles), duty (responsibility), or the nature of a thing (set of innate principles).

Also, dharma can mean the teaching or set of principles that someone like Buddha, Krishna, or Mahavira (Jainism) imparts.

Thus, the Oxford Dictionary definition of religion, “a belief in and worship of God” seriously limits the concept of dharma. They aren’t the same. Such a definition doesn’t consider that dharma involves principles and responsibilities. Dharma is much more complex than belief and worship. Dharma implies that the principles and responsibilities are those of nature, both the nature of this world and that of the next.

Also, to say that religion is belief implies some latitude. With dharma, there is no latitude. One must follow dharma, because it is a set of principles of nature. For example, we don’t believe fire is hot. We know. We don’t believe killing is wrong. We know. These are both principles of nature. In modern Western terms, the nature of fire is considered in the realm of science whereas killing is in the realm of morality. However, dharma categorizes them both as natural principles.

Of course, philosophers often discuss what constitutes dharma; however, it’s a serious discussion of the nature of things and it’s not necessarily limited to belief in God and worship of Him.

That dharma is complex. It includes the principles of karma yoga, jnana yoga, bhakti yoga, and much more. And there are corresponding responsibilities with those principles. Too much to discuss here.

In sum, the dharma that Krishna describes is about the nature of the world—bondage—and how to become liberated from that bondage.

Thus, Krishna’s dharma is much more complex and nuanced than “belief in and worship of God.”

The word Hindu means the people of India. The two words, Hindu and India are derived from the same source.

The idea that “Hindu” could mean a “religion” or a dharma, as in Hindu dharma, is simply wrong.

Hindu is a foreign word related to the Persian word Hind. The words Hind and India mean the same thing in different languages. Similarly, Indian and Hindu mean the same. In fact, in the Spanish language an Indian may be called either an indio or an hindú.

Thus, the word Hindu should not be used for any religion.

To say “Hindu” literally implies all the religions of India including Jainism, Buddhism, Islam, and Christianity. Of course, that’s ridiculous, so nobody would even consider such a thing.

In many ways, Vaishnavas are more distant from Shaivas than Jews are from Christians. Vaishnavas have less in common with Shaktas than Moslems have with Jews.

So, to continue the analogy, if there is one Hindu religion then there is one Semitic religion. All Jews, Moslems, and Christians are practicing the same religion because they originated on the Arab peninsula, believe in Abraham and Moses, worship the same God, and have scriptures with similar histories and theological concepts.

Of course, such an idea would be anathema to most Jews, Christians, and Moslems. I’m not suggesting they be categorized as one religion. I’m saying the idea is absurd, and it’s also absurd to lump several dharmas together and call them “Hindu.”

Now, to change the subject slightly, consider this: In the 19th century, Christians used the word Muhammadan. Today, most English speakers use the word Moslem, which is the preferred term. Also, they don’t say Muhammadanism. They correctly say Islam.

Yet Indians continue to accept the old vestiges of foreign domination by allowing use of the word Hindu.

Hindu means someone from India. That is a bodily designation. It has nothing to do with the soul, which is separate from the body. The celestial sage Narad emphasized sarvopadhi-vinirmuktam—one must become free from such bodily designations.