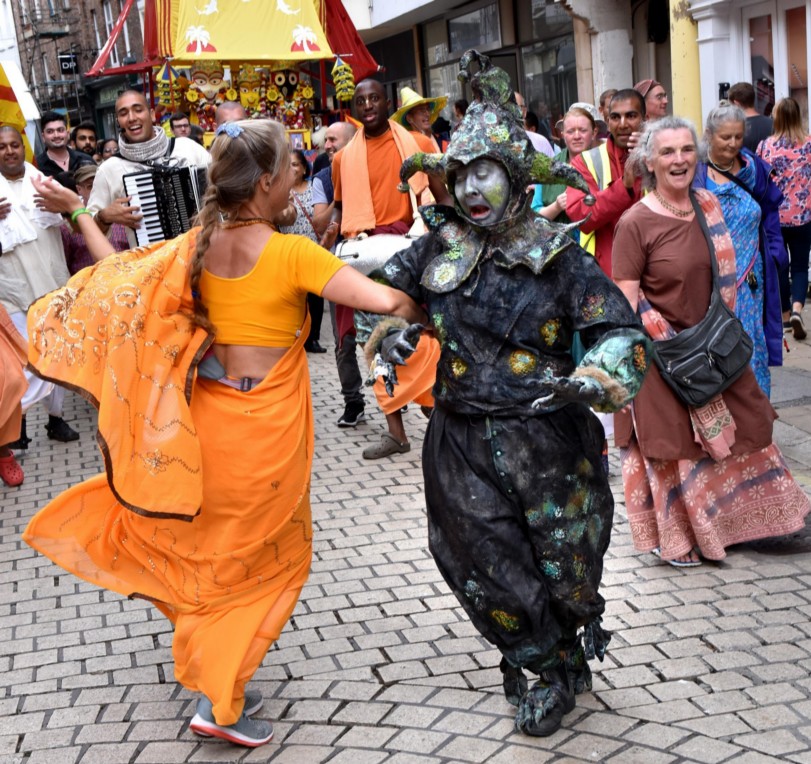 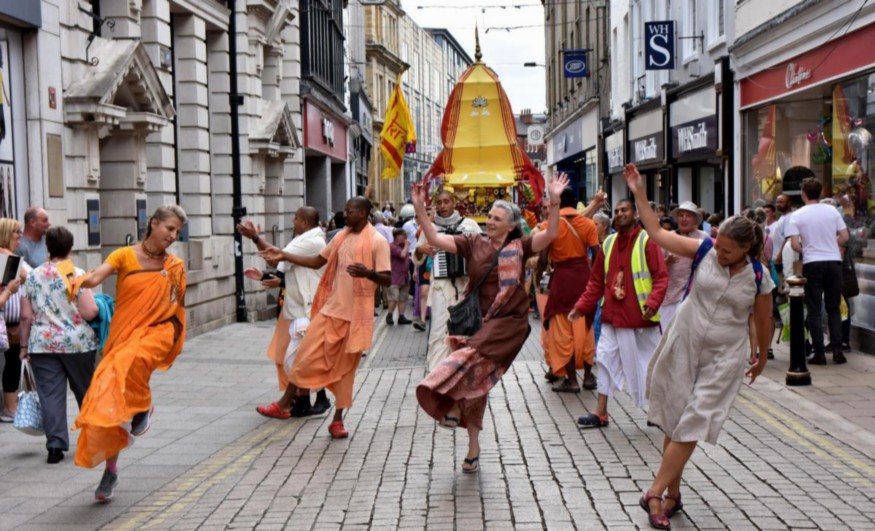 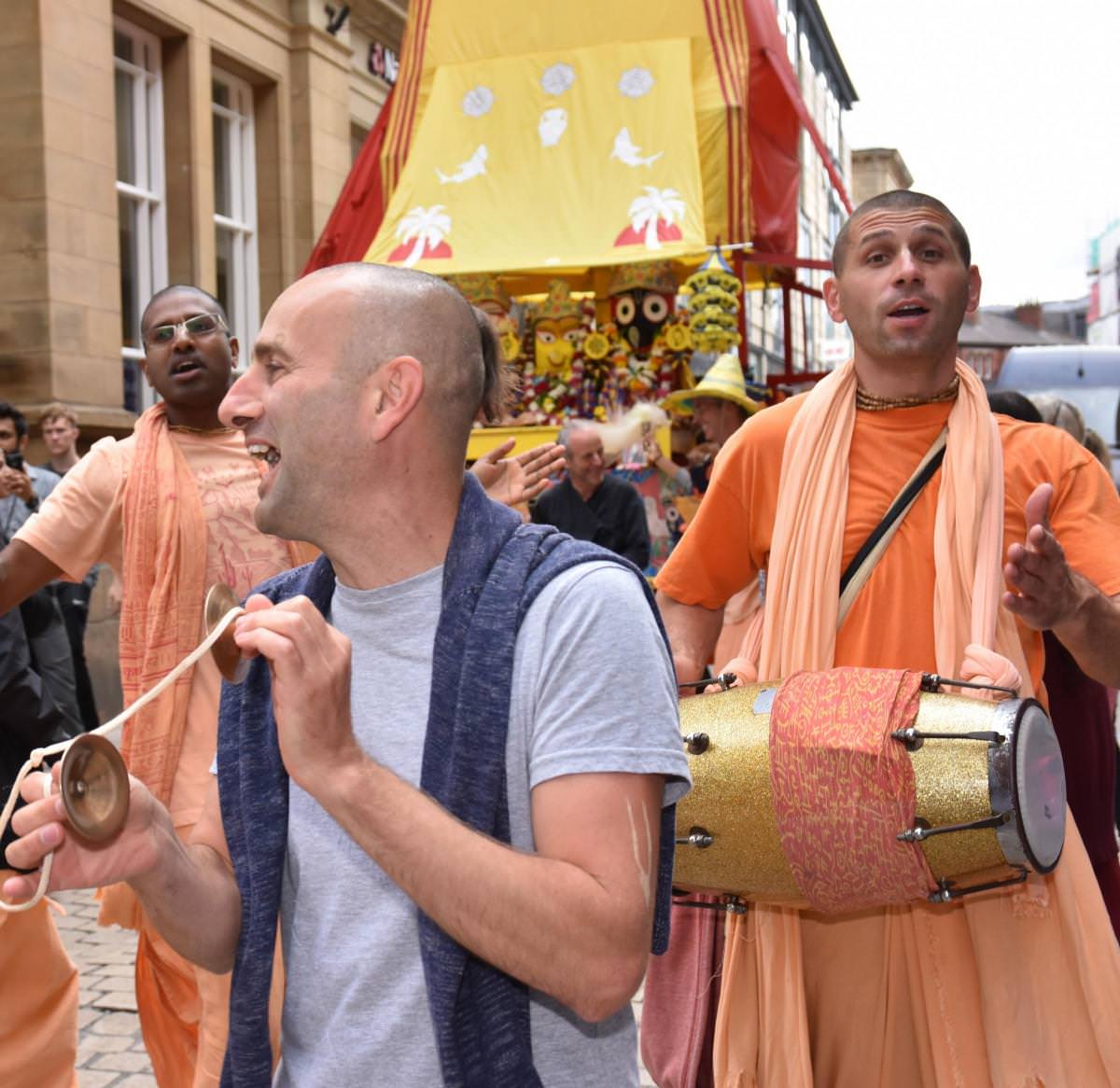 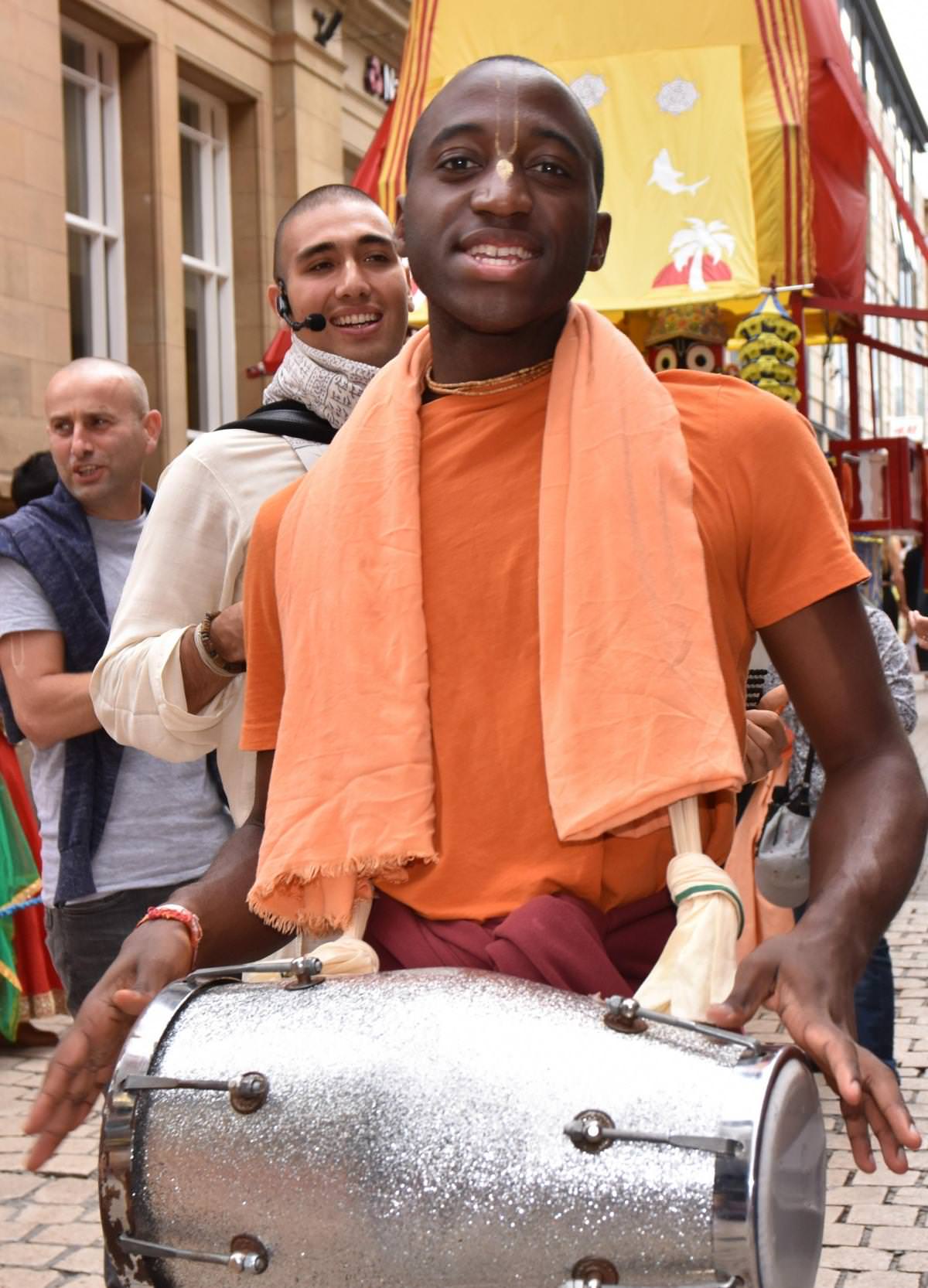 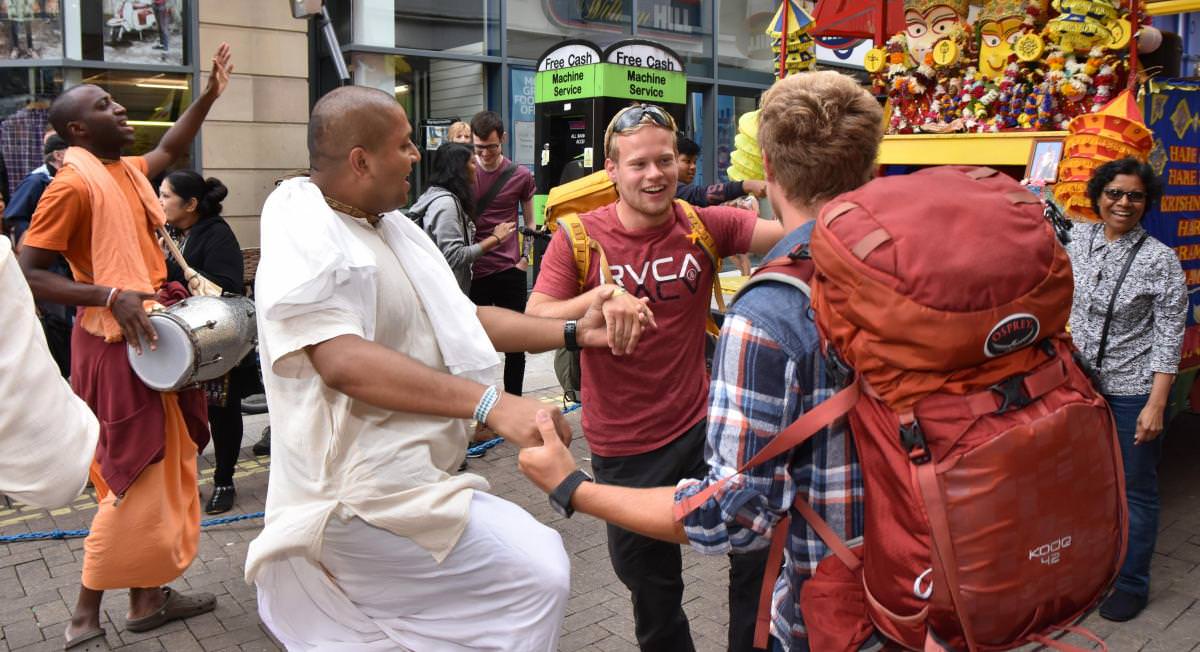 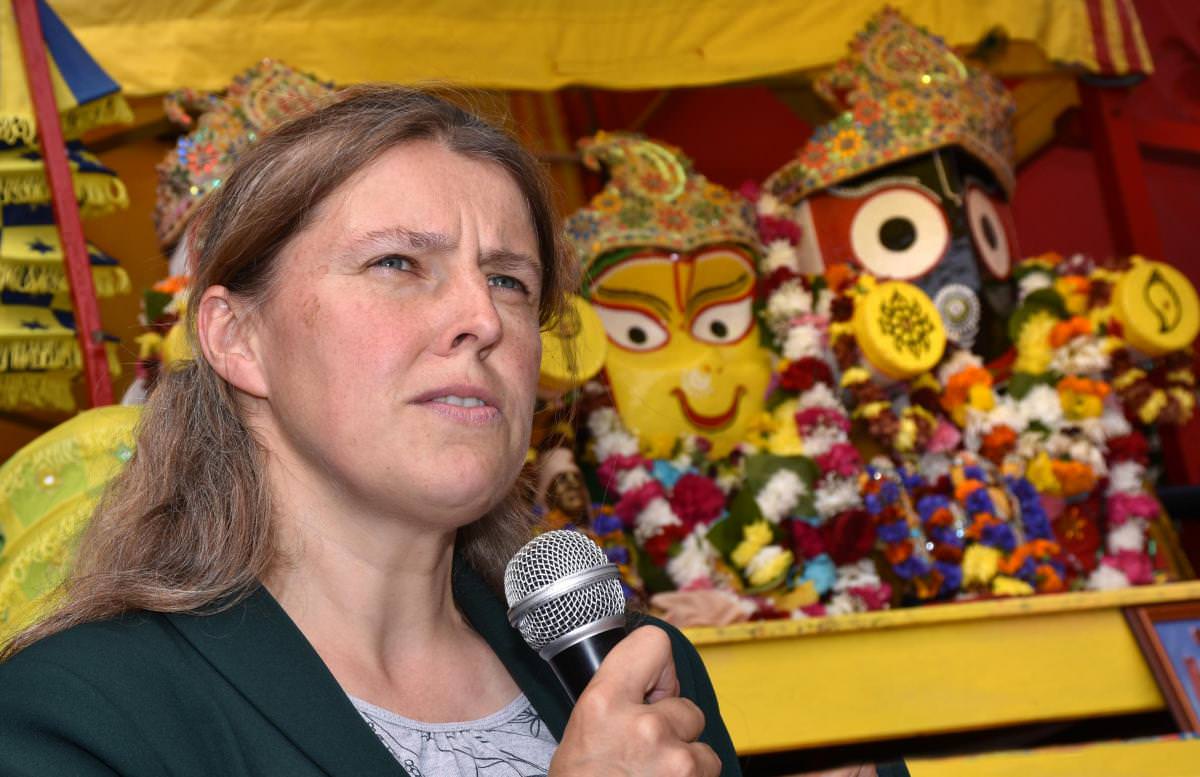 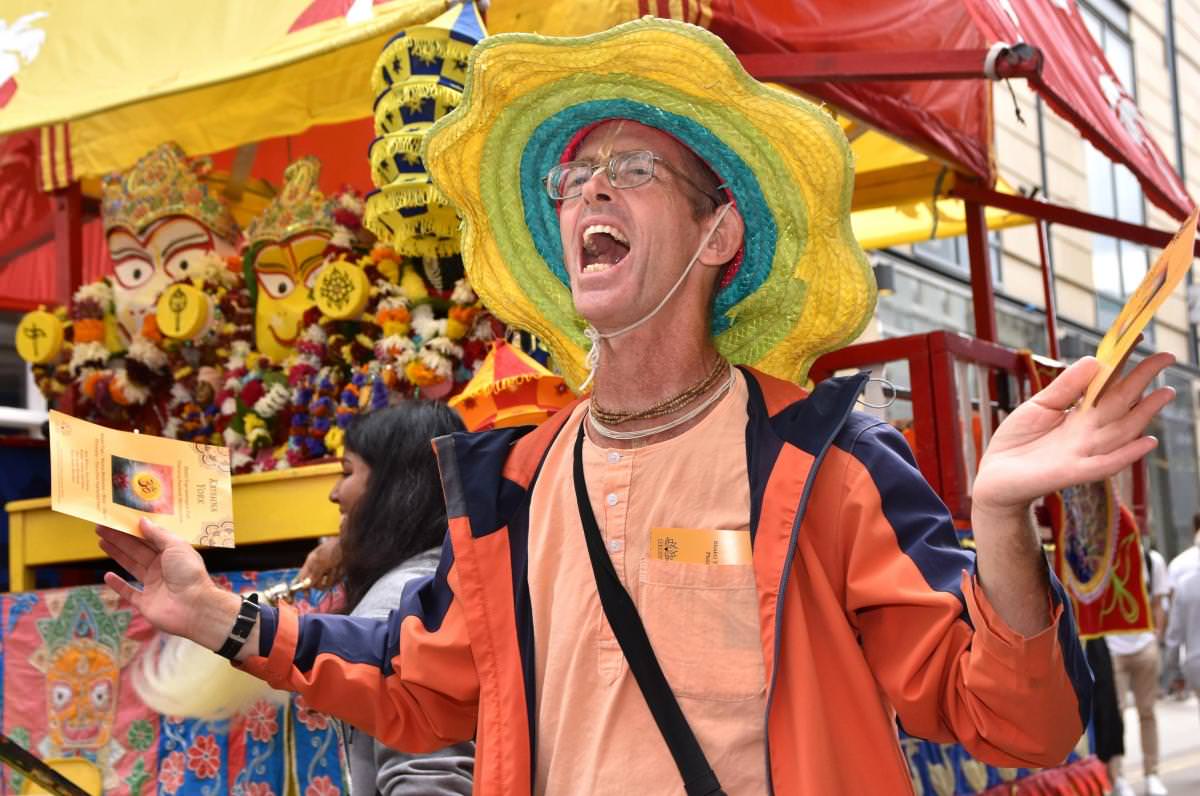 Parasuram das: Everybody has heard how wonderful the New York Rathayatra Festival is, with the giant carts rolling down 5th Avenue, but what about the original York? Yesterday the ancient streets of York resounded with the transcendental vibrations of the Holy Name, the Maha Mantra. York was built by the Romans who invaded and killed all the locals, later became the HQ for the Vikings under “Ivan the Boneless” who also killed all the locals, invaded by William Wallace of Scotland who again killed the locals, then had the War of the Roses, all in all a big history of violence. And now inundated with the Holy Name, by the greatest invaders, the Ruci Party. We held the Rathayatra Festivals in Newbury on Saturday, Leeds on Monday, and York on Tuesday, Liverpool this Saturday and then the next the U.K. Padayatra will begin. Harinam Sankirtan Ki Jai!!!
To read the complete article please click here: http://www.yorkpress.co.uk/news/16418102.hare-krishna-chariot-paraded-through-york/

Assam Yatra - Guwahati and Tezpur
Relating to Srimad-Bhagavatam as a Person. “O...