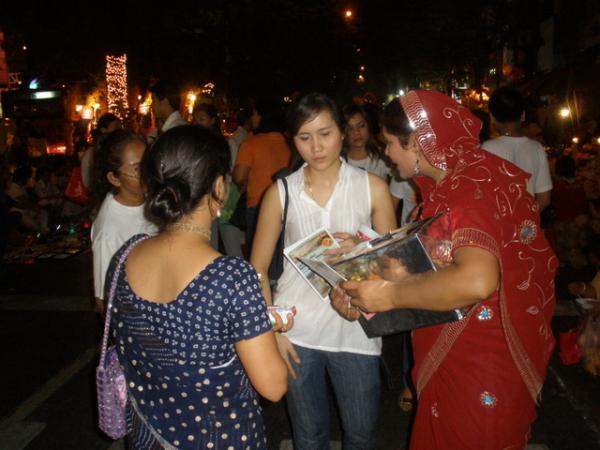 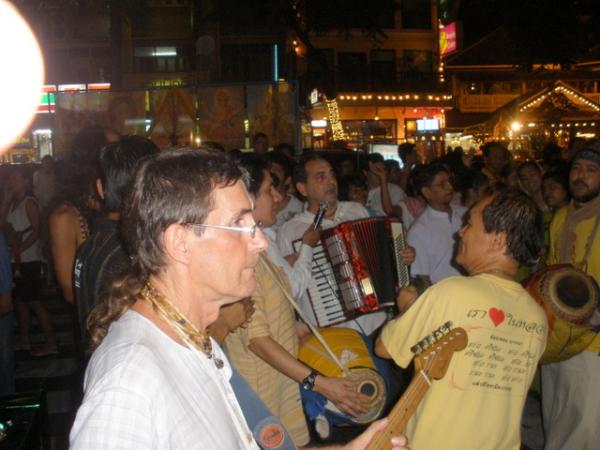 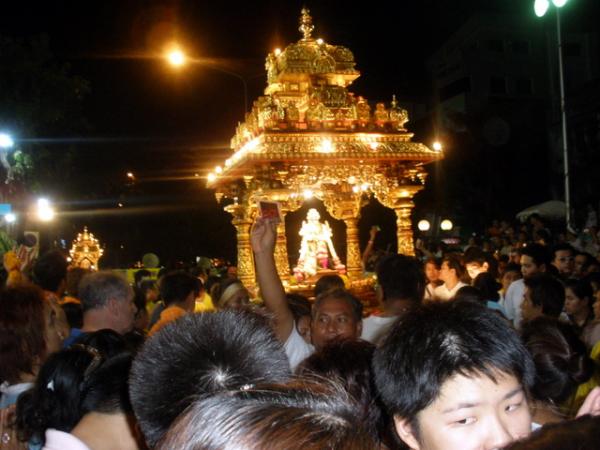 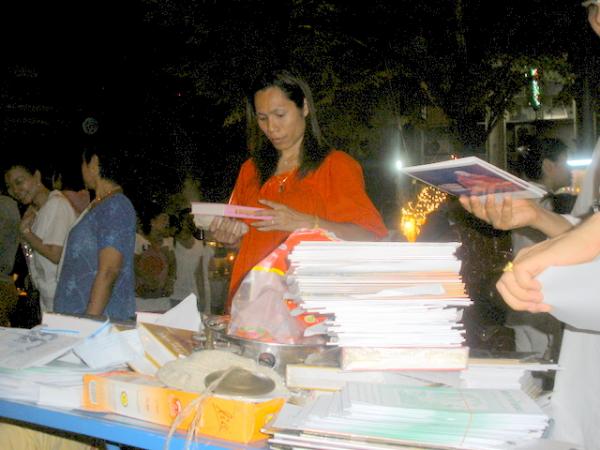 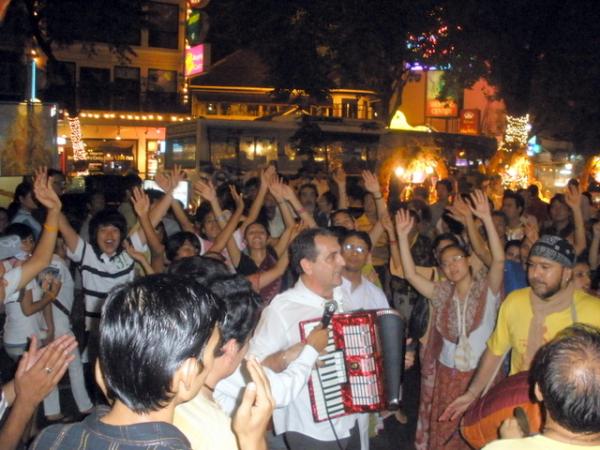 A few days ago a nice lecture on Durga Puja by Jananivasa Prabhu was posted. On the 9th of OCT. a proper celebration of Durga puja manisted in Bangkok. One very popular Duga temple holds a big festival annually. Silom Road, one of the main roads of Bangkok, is blocked to vehicles for a few miles and all along the way various Durga, Shiva and Ganesh worshipers set up their altars and offer various benidictions to their fans.

The main Deity in the temple is Durga, but everyone, including Lord Krsna, is there along the sides. Part of the festival is a huge parade with beautiful rathas (carts). The bring Deities from the temple.

This year the devotees were ready for it and were out early in the morning to secure a spot along the way where we set up book tables and kirtan. The passersby loved the kirtan. There was alwsy a large crowd watching. The devotees were very enthusiastic to distribute books. 1500 small books and 80 Maha big books were distributed.

Vaisesikha and Bhakta das Prabhus and friends tried to come and join the party. The crowd was so thick that they could barely move thru it, os they did harinam from the other end, reaching us after two hours. So more souls were bendicted with the holy names.

We know the Durga Mataji is “VAISNAVI” and loves to hear the maha mantra kirtan of the names of LORD SRI KRSNA. She blessed the devotees. Next year we will be better organized with powerful amplifiers and prasadam… If anyone is passing thru Bangkok on the way to Vrndavan, please join us for this festival. You have to see it to believe it. The pictures will give some idea of the scope of it..