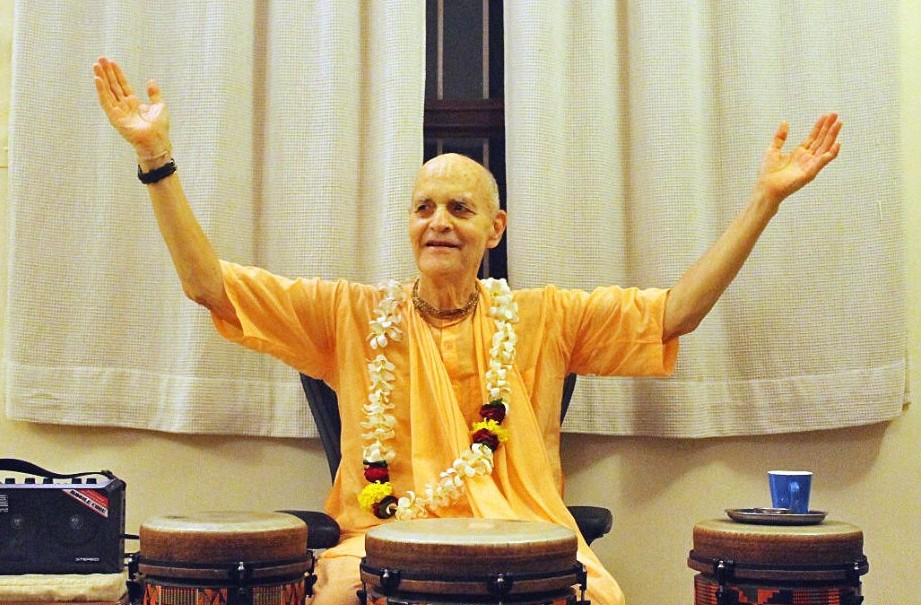 Gunagrahi Maharaja gave everything he had to Srila Prabhupada. He served ISKCON continuously for forty-nine years. He was a master at engaging people in Krishna consciousness. He made friends quickly and for life. He was largely responsible for the successful spreading of Krishna consciousness among the straight-edge youth. He didn’t complain and he didn’t lament. He had a flair for designing tasteful and novel ways of presenting Krishna consciousness. He innovated incredible Govinda buffet restaurants. He was a leader for inaugurating the nightly guest dinner programs in San Diego. He was a top-notch bhakta program leader. He organized an amazing temple interior for the San Diego temple. Everyone liked to be around him and he liked to be with everyone. He found the good in all souls and fanned it into big flames. He had a fabulous sense of wit and humor. He transcended ordinary constrictive dealings. He recognized and worshiped saintliness wherever he found it. He was a true friend in all circumstances. He was addicted to kirtan. He took pleasure in traveling and preaching Krishna consciousness. He was an artistic cook who relished serving prasadam. He was gentle and polite but also bold and fearless. He was regulated in devotional practices. He was an expert in acquiring Laksmi for Krishna as well as spending it wisely in the Lord’s service. He could perform any type of devotional service well. He went to Argentina and built a fabulous preaching facility in Buenos Aires. He was hard-working and definitely not lazy. He was a front-line soldier of Krishna. He was unassuming and not proud. He loved Srila Prabhupada.

He did millions more extraordinary things to advance the Krishna consciousness movement than I am mentioning. With complete courage, faith, dedication and love, he went to Vrndavana and departed this world into Vrndavana Candra’s arms–like father like son.

He is greatly missed by his servant and friend, Danavir Goswami

PS. As stated about him by a young devotee: “I spent a little time with him in Vrindavan over the past two years and was very touched by the way he spends extra energy making devotees and myself feel loved and cared for. Even though I had only a little of his association I hold him close to my heart.”

Centralization, Decentralization and Dharma (video)
What Gunagrahi Maharaja Taught Me That He Didn’t Know He Taught Me

Pioneer of the Russian Yatra has passed away