Bhimasena’s reminder to his brother we all need to remember 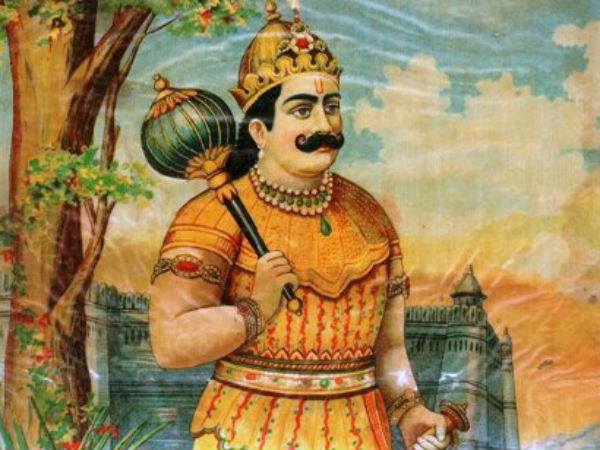 Bhimasena’s reminder to his brother we all need to remember.
(By the way, there is an app that does this now. It reminds you 4 times a day! It’s called WeCroak: https://goo.gl/6rYNen)
When Dharmaraja Yudhishthira was ruling over Indraprastha, one day a brahmana came to meet him. He met Dharmaraja and then returned home.
As the brahmana was going out of the main gate, Bhimasena saw him. He saw the brahmana while going in also, but he did not talk to the brahmana because it was usual for several people to come and seek from Dharmaraja what they wanted. But this brahmana did not appear to have received anything from his elder brother. So Bhimasena asked him, “Sir, you are returning empty handed. Have you met my brother? Or shall I take you to him?” The brahmana was happy at this courteous enquiry from Bhima. He replied, “Yes, I met your brother. As he did not have with him what I asked immediately now, he asked me to come tomorrow. He promised to keep it ready by tomorrow.” Bhimasena was surprised. His elder brother postponing a good deed till the next day! He thought over for a minute and smiled. He went near the big drum kept at the main gate and started beating the drum thunderously. The drum at the main gate was not usually used. It was meant for special occasions when something very important happened and all had to be immediately informed of it. When the big drum was beaten, it was a summon for all in the palace to stop doing whatever work they might be engaged in and rush to the main gate. When the drum went on sending loud sounds played by the powerful hand of Bhimasena, Dharmaraja hurried towards the main gate from the court, Draupadi from the kitchen, Arjuna from his weapons, the twins from their studies, all people big and small gathered there. Still Bhimasena did not stop beating the drum. In great ecstasy he was playing with vigour, until Dharmaraja put a hand over his shoulders and said, “Stop it, Bhimasena. All of us are here. Now tell us why you summoned us all here.” Bhimas saluted his elder brother and then turned towards the others who gathered there. “I have gathered you all here to make an announcement about the greatest victory obtained by our elder brother here. The victory is so great that all of us should rejoice and celebrate it. ”Dharmaraja was surprised. What victory was Bhima talking of? Today he did not even leave the palace. He asked in bewilderment, “What are you talking, Bhima? I did not have any victory at all.” Bhima laughed and said, “Let me announce your victory. Hear you all, my brothers and kinsfolk; today our brother conquered the unconquerable death. Who else can have greater victory? When the brahmana asked for some favor, our elder brother promised to keep it ready by tomorrow. Now, our brother is sure that he will be alive till tomorrow. ”As soon as he heard the words of Bhima, Dharmaraja understood what his mistake was. He admitted his mistake and said, “Yes Bhima, you were correct to remind me. Postponement of good deeds is very bad. I should not have done so.”
He took the brahmana inside and gave what all he wanted and sent him away fully satisfied.

Krishna has no amnesia!
Cobras in Srila Prabhupada’s Quarters
Tagged under: Nectar

Srimati Radha Padma Devi Dasi is giving an amazing, for her age,…

Living in two worlds – the real and the apparent