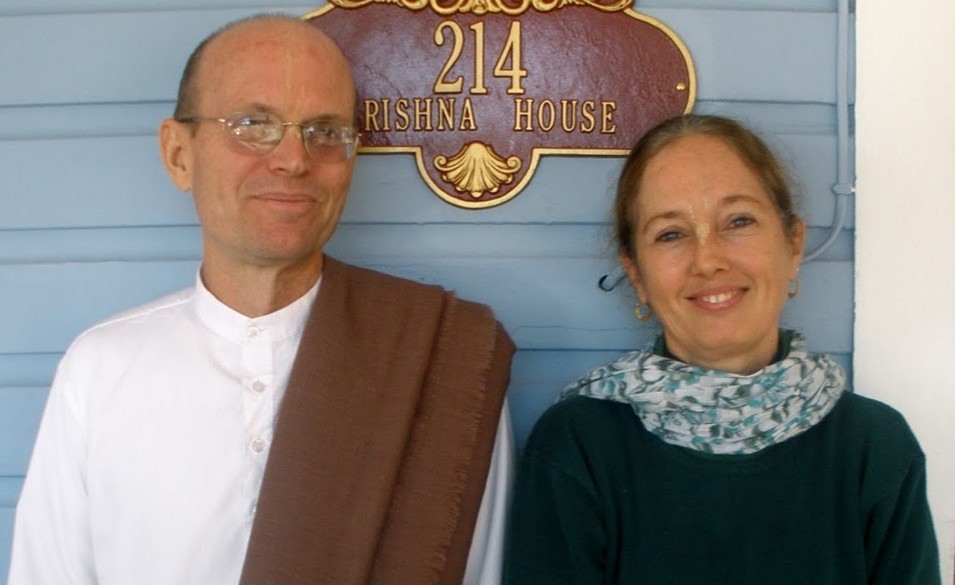 Sacred texts lie at the very heart of human history, where they are much more than pieces of paper bound between covers. Sacred texts are dynamic literary creations that possess incredible beauty and power, which can be applied for a variety of purposes. The Bhagavad-gītā, for example, has been recited orally for generations, published in hundreds of editions, translated into dozens of languages, performed on stage, painted on canvas, debated in courtrooms, employed in daily worship and venerated as an object of worship. The Gītā has been used to inspire action and facilitate meditation, to bring about war and to create peace. Most importantly, the text has given meaning and direction in the lives of countless individuals. Philosophers, scientists, social activists, and people of faith from every religious tradition have turned to the Gītā for inspiration.

The Bhagavad-gītā can rightly be called a classic—a text that appeared out of India but belongs to the world. Prof. David Tracy, a distinguished theologian at the University of Chicago, describes what it means to be a classic:

To understand the concrete we always need good examples. . . . Among good examples of written texts, the truly exemplary ones are named classics. The classics, therefore, are exemplary examples. . . . In their production there is also the following paradox: though highly particular in origin and expression, classics have the possibility of being universal in their effect. . . . We can drift half-asleep through nonclassic period pieces. We cannot with the classics. Indeed, the temptation to domesticate all reality is a temptation that any classic text will resist. The classics resist our engrained laziness and self-satisfaction. Their claim to attention must be heeded if understanding is not to slide into either domesticating similarity or mere sameness. . . Classics, whether texts, symbols, events, persons, or rituals, command our attention.1 (italics added).

The book you hold in your hands is evidence of the Gītā’s continuing ability to “command our attention” and speak to us across cultural and linguistic boundaries. As someone who has read many editions of Bhagavad-gītā, I truly enjoyed reading “The Rap of God,” particularly its colloquial style of language. The message conveyed in this volume is authentic, profound and beautifully expressed. This fresh version is sure to bring this classic to a new generation of readers.

I have been a fan of Kalakaṇṭha Dāsa’s poetry for years, especially A God Who Dances, his beautiful retelling of Krishna’s life story from the Bhagavata Purāṇa. Dāsa’s poetry conveys depth of meaning in language that is without pretense or guile. He is faithful to the original text, and yet his easy manner highlights ideas and images in a way that more self-conscious translations do not. While reading A God Who Dances I often found myself noticing elements of the text that I had missed before, and skeptically looking them up in the original to see if “they were really there.” In every instance, I was delighted by both Dāsa’s faithfulness to the text and his poetic ability.

I encourage you to dive deeply into the Bhagavad-gītā: The Rap of God and see what you find in its rhythmic verses. May it command your attention, as it has mine.

The following is the Introductory note of the recently published Bhagavad-gītā: The Rap of God by Sweetsong Publications

Though not raised in a barn, at eighteen I was living in one.

It was early summer. For the last two years of high school I’d been dabbling with yoga postures, vegetarian cuisine and various spiritual books. After graduating I decided to postpone college, go out hitchhiking and ‘find reality.’

At that point, reality was working days in a California tomato farm and spending nights in a nearby barn. After morning yoga exercises and reading, I boarded a harvester monstrosity that lumbered through the fields yanking up tomatoes and rolling them on a conveyer belt before a dozen migrant farmworkers and me. For eight hours we stood, letting the unblemished green and red fruits go by into boxes, pushing the others back into the field.

Previously I’d read that truth was present everywhere. Amid the pungent smells of fresh tomato vines and smoky diesel fumes along with the grinding motors and melodic Spanish chatter, all day I tried strenuously to be spiritual, to transcend, to ‘be in the moment.’ Still, here as everywhere else, my restless mind and empty heart kept insist- ing that it wasn’t working.

Shortly afterwards I began reading the Bhagavad-gītā As It Is, a book that finally took me to the root of the problem: everything in my quest for reality had been about me, me, and me. The Gītā explained that spiritual goals such as presence in the moment, a peaceful mind and a fulfilled heart were not goals in themselves; they were side benefits, by-products of redirecting a self-serving mindset to thinking of how to please the Supreme. The Bhagavad-gītā clarified the nitty-gritty, non-sectarian science of spirituality and the potent techniques of spiritual life.

What is the Bhagavad-gītā?

The name Bhagavad-gītā, (bhu-gu-vud GEE-TAH) or Gītā, literally means, ‘The Song (Gītā) of the Supreme (Bhagavān).’ The Gītā is one chapter of the Mahābhārata, the classic, massive Sanskrit book of ancient Indian history. Though some scholars date the Mahābhārata to 300 BC, other, more traditional scholars, citing astronomical references in the book itself, date it to about 3000 BC. In addition to its remarkable antiquity, among the world’s three most widely read sacred texts, at 700 verses the Bhagavad-gītā is by far the shortest, only about 10% the length of the Koran and 2% that of the Bible.

Bhagavad-gītā is the textbook of yoga. Yogīs are calm people, aware, self-contained, loving to others, and cool-headed in every situation. Bhagavad-gītā teaches the reader how to be a yogī, not only in yoga class but in school, at work, or in a cave in the Himalayas.

In the Gītā, the warrior Arjuna has a problem: he’s about to go into an all-out, life-or-death battle against an opposing army, headed by his appalling cousin Duryodhan. Standing among Arjuna’s opponents are many beloved relatives and friends. At first Arjuna decides to walk away from the fight. However, because Arjuna’s cause is righteous, his friend and chariot driver

Krishna gets on his case about quitting. Arjuna realizes he can no longer think straight, so he asks Krishna to further guide him. In reply, Krishna teaches Arjuna how to be a yogī even on the battlefield. The rest of the Bhagavad-gītā is all about that transformative inner journey. This timeless story has helped countless readers replace fear with confidence, insecurity with excitement, and depression with sustainable happiness in life.

I grew up loving material things and fearing a jealous, vengeful God. The Gītā turned that idea on its head: God, the Supreme, is a compassionate, lovable friend, while love of material stuff leads to suffering. Most Gītās depersonalize the Supreme, making a loving relationship quite dif- ficult. I was fortunate to start my Gītā study with Śrīla A.C. Bhaktivedanta Swami Prabhupāda’s Bhagavad-gītā As It Is, which displays the Supreme’s personality with clear reference to the original text. (There are over 100 first-person Sanskrit pronouns in the Gītā).

However, it’s easy to miss this essence of Bhagavad-gītā . Śrīla Prabhupāda writes, “On perusal of the first chapter of Bhagavad-gītā one may think that they are advised to engage in warfare. When the second chapter has been read it can be clearly understood that knowledge and the soul is the ultimate goal to be attained. On studying the third chapter it is apparent that acts of righteousness are also of high priority. If we continue and patiently take the time to complete the Bhagavad-gītā and try to ascertain the truth of its closing chapter we can see that the ultimate conclusion is to relinquish all the conceptualized ideas of religion which we possess and fully surrender directly unto the Supreme Lord.”

If we set aside convoluted interpretations, the Gītā’s essence comes through: union (yoga) with the Supreme through loving devotion (bhakti). In addition to Bhagavad-gītā As It Is, other edi- tions, such as Dr. Graham Schwieg’s The Beloved Lord’s Secret Love Song; and Bhūrijan Dasa’s Surrender Unto Me beautifully capture this simple, profound message of the Gītā with realiza- tion and exacting scholarship. Yet for newcomers to the text, each of these scholarly transla- tions and commentaries can be challenging. To make things simpler, I condensed each verse to a couplet to see if the flowing texts themselves could transform the reader’s notion of a jealous, wrathful God into a gracious, rapper God.

The Vedic tradition, including Bhagavad-gītā, embraces and adopts other traditions remarkably well, from Islamic arches in Hindu temples to the European harmonium, now an essential for Indian bhajans. In that inclusive mood, the Rap of God uses the language of the day to make the classic Bhagavad-gītā more accessible to a new generation, a Gītā for the digital age, one that is accurate yet concise, a bit less pedantic and perhaps a bit more entertaining. The Rap of God aims to express the Gītā with the rhythm and rhyme so popular these days in music and theater. It can be read aloud with a drum loop, or at least with an attitude.

The Gītā was originally written in the Sanskrit language of ancient India, using a poetic meter than makes it easy to learn and repeat. The Rap of God uses the same general meter plus mnemonic devices employed by contemporary rappers to make their lyrics more memorable.

He gawked in shock at family stock and friends in battle gear. He teared, felt weird and bent the ear of his dear charioteer.

Some lesser, stressed-out freak might finish off his family,

but why should we with wisdom wreck our world-class dynasty?

Of course it is very questionable whether an old suburban dude can crank out memorable, dope rap, especially in a spiritual book that uses only lightly salted language. In any case, writing The Rap of God was great fun and a fresh way to meditate on Bhagavad-gītā, a book that has brought an ocean of happiness to my life. If this short version spills a few drops over to you, its purpose will be served.