Another Victory for Prabhupada! 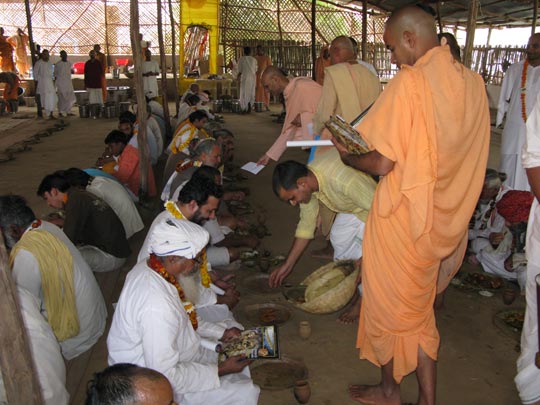 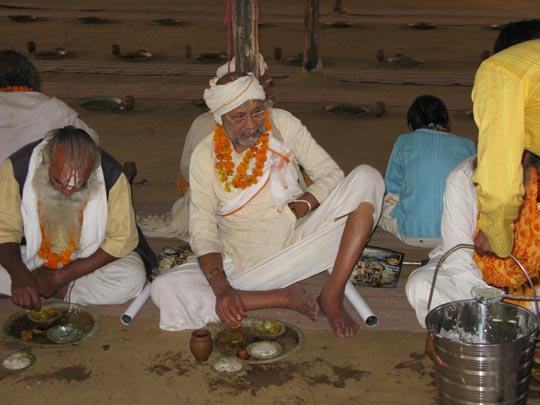 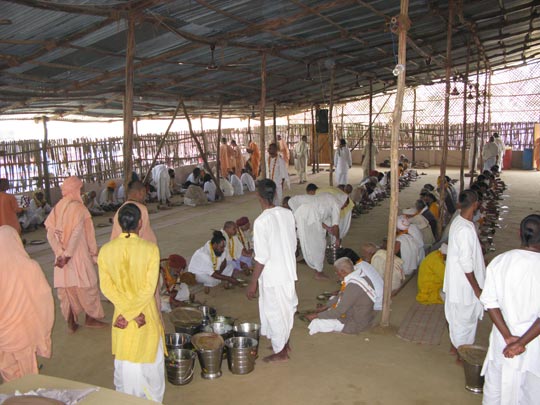 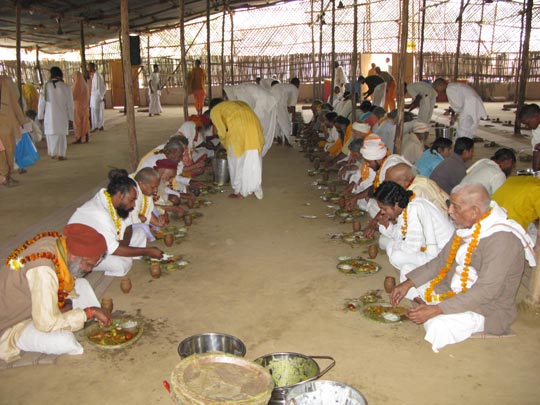 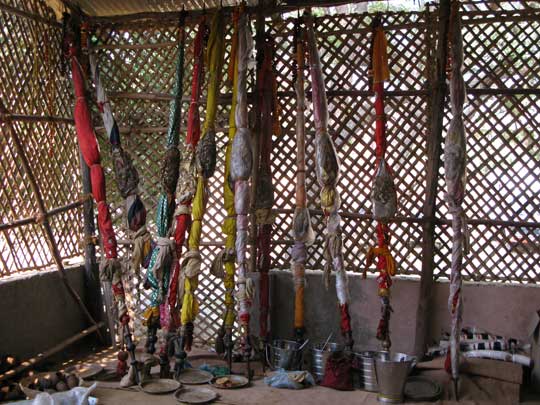 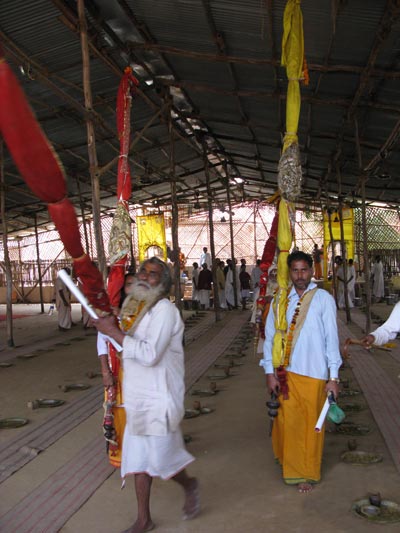 Every year during Srila Prabhupada’s Disappearance Festival in Vrindavan, we have been offering prasadam to all the Vaisnava Mahants (heads of ashrams) of Vrindavan. Because of this a nice relationship was established that finally led Hari Shankar, head of all the Vaisnava Mahants in Vrindavan, to fight very hard to make Lokanatha Swami a Sri Mahant so that we now have our official place in the procession in Kumbha Mela.

During the Ardha Kumbha Mela a couple of years ago, I reported how we invited all the Vaisnava Mahants to come to our ISKCON pandal and take prasadam. This was a great victory for Srila Prabhupada as they accepted us as being in a bonafide sampradaya. They were all very pleased with the arrangements.

We were, however, overwhelmed by the huge number of devotees that came this year and it didn’t happen. Still I insisted to the management that we should still do it at the end of Kartika so that we don’t sever our relationship with them. I knew they would all be asking me why they weren’t invited. So we invited Hari Shankar to come and discuss how we could do it. As expected, he immediately began to tell how all the sadhus were disappointed they hadn’t been invited.

By Krishna’s Divine arrangement, the day that everyone was free was 14th November, which is the western date of Srila Prabhupada’s Disappearance. When he heard that, he was very satisfied and pacified. In the past at the festival time, we have all the devotee prasadam at Fogla Ashram, but now festival is over so we told him that we would honor them in our own prasadam pandal on the back of our own property. At first he was surprised, but then Hari Shankar said he would convince them all to come, as they had never in our history come on our ISKCON property to take prasadam.

Now usually at the festival time we hire some Brijbasi brahmin cooks. So then we asked him if there would be any objection if we cooked the prasadam with our own devotees. He asked if there was anyone with pant and shirt or they were all in dhotis with kanthi-mala. When we answered that they were all devotees, he said that he would take care to see that they would come. Hari Shankar then told us that since this is the first time the Sri Mahants are coming here to ISKCON to be honored, there should be special daksina to mark this historic event and we happily agreed.

The night before I coached all the servers in the proper etiquette in serving sadhus. Most of it is really common hygienic sense, but do to our upbringing we don’t know the process. Before anything, you have to serve water as they will wash their plates and then before eating, they will perform acamana. Then you cannot ever touch the plates with the serving spoon and never touch the serving bucket to the floor.

On 14th November they all began to arrive. We had especially cleaned the prasadam hall and covered it with a fresh cow dung coating. They seemed very pleased by the arrangements. All the flag bearers arrived and we honored all the flags by placing on the raised stage. Then the mahaprasadam was first offered to the flags as that is their custom.

All the phalahar babas, who eat only fruits, sat on one side and everyone else on the other side. Out of 170 Sri Mahants of Vrindavan, more than 120 showed up as not everyone is in Vrindavan at one time. Even Hari Shankar was attending a big Yajna in Allahabad and came back only that morning for the function.

Devamrit Prabhu distributed daksina to all the Mahants and we gave them all a Radha Shyamsundar calendar and a Hindi BTG. They were all very happy and pleased with the tasty sattvic prasadam. So this was the first time in our history that they all came to our ISKCON property, to honor prasadam cooked and served by our devotees. This means that now we are completely accepted by the Sadhu Samaja. Even there are big fellows in Vrindavan, even one who can a build solid marble temple, who have been inviting the mahants to come for years to their ashrams, but they refuse as they have to bonafide sampradaya. This was another great Victory for Srila Prabhupada!