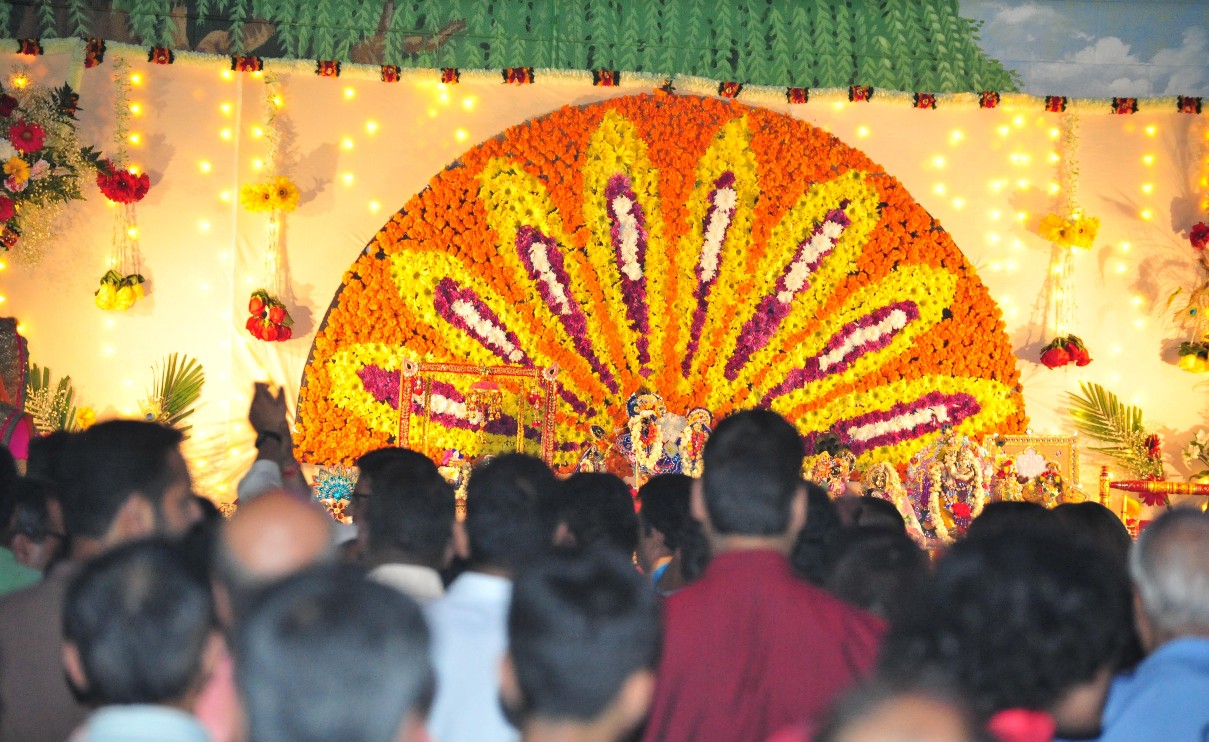 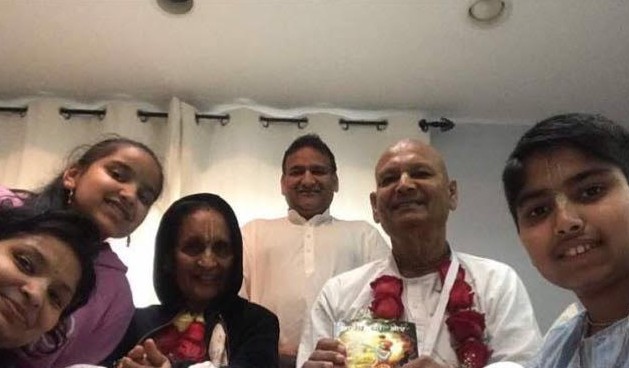 On September 29th, 2018, the enthusiastic group of devotees from Reading, PA, USA celebrated the 6th annual Janmashtami and Radhashtami.

What makes this celebration special is that it was arranged solely and wholly by a local Bhakti Vriksha group (Berks Bhakti Yoga), part of ISKCON Harrisburg. Berks Bhakti Yoga is led by an enthusiastic and sincere couple Dhir Krishna Das and his wife Tunga Vidya Devi Dasi, disciples of HG Kratu Prabhu. HG Kratu Prabhu is a disciple of His Divine Grace A.C. Bhaktivedanta Swami Srila Prabhupada, the founder Acharya of International Society of Krishna Consciousness (ISKCON) and one of the present initiating spiritual masters/Guru in ISKCON. This group was founded by them almost seven years ago and today it consists of 10-12 families who are trying to spread the message of Srila Prabhupada and Caitanya Mahaprabhu far and wide. The festivities were attended by over 350 people at the local Kula Kamala Ashram.

All the devotees in this group are grihasthas and have a full time work. But they all unanimously have been dedicated to serve the mission. The preparations began about 3 months in advance and it starts gaining momentum in last 4 weeks. Entire congregation was united in making it a huge success, defined by how many people can take advantage of hearing the Holy Name. A day before, they all took off from work or took an early leave to set the up the place and cook Bhoga.

The children of this group were equally enthusiastic and Tunga Vidya devi dasi herself took charge of arranging 2 drama skits (one with Krishna and Kesi demon and another depicting appearance of Radha Kunda and Shyam Kunda). The girls also did Bharatanatyam depicting the Glories of the Supreme Personality of Godhead. Some of them also demonstrated different beats of mrdanga, while loudly chanting the Holy Name.

The entire atmosphere was enthused with the Holy Name and people who had come from local areas and from other states, totally and wholly relished it.
Generally temples arrange such successful and huge events. But when it springs from the local small Bhakti Vriksha group, what comes to mind is what Caitanya Mahaprabhu stated:
prithvi te ache yata nagaradi grama srvtra prachar hoibe mora nam : which means that the holy name will be preached in all the villages and towns of the world.”
I am sure in the coming years the Berks Bhakti Yoga group will become more enthused due to sincere leadership and spirit of cooperation and will set many more examples for others to follow. All glories to their sincere and selfless service!