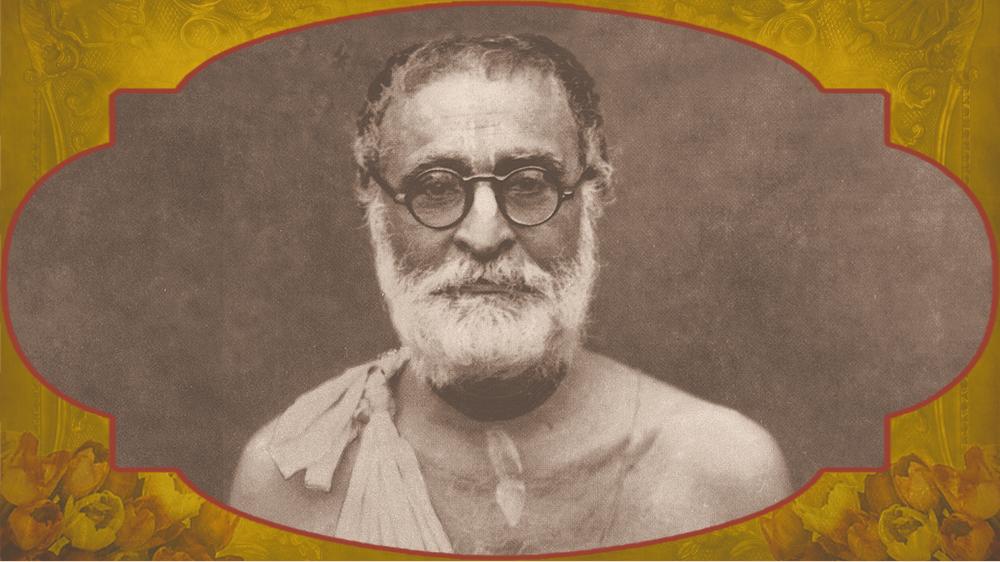 “With reverent regard we must always consider the path of spontaneous devotion far beyond our own reach. Rather, while worshipfully placing this topmost conception on our heads with utmost fervent regard, take shelter of Sri Hari-kirtan as so mercifully given by Sri Gauranga Mahaprabhu’s eternal sankirtan.”

From the Teachings of Srila Bhaktisiddhanta Saraswati Thakur Prabhupada and his successors I have learned what is sahajiya. And how much disturbance it has historically caused the true Divine flow of genuinely developed awakened spiritual Affection. It is considered that Srila Saraswati Thakur expended gallons of his own blood rescuing Mahaprabhu’s true conception from the ruins of rampant sahajiyaism at the behest of Srila Bhaktivinode Thakur.

Sahajiya means to take something very high in a exceedingly cheap way, i. e., to be an imitationist or pretender. Much trouble(and disturbance to true devotional society) comes from pretensions in a spiritual context. For the true health of my real inner life I must always consider myself the worst sahajiya or pretender, completely unfit to attempt unqualified and impertinent ascent into the highest realm of Ultimate Divine Intimacy.

In some ways the sahajiya problem has morphed into the modern world in an insidious fashion thereby unfortunately causing a great many people to collectively misconceive that they don’t have to follow any regulative principles or prohibitive restraints regarding common decency and can therefore perform any kind of atrocious nonsense because in their own deluded estimation they are such big lovers of God/devotees of Krishna. But it can also manifest in a more individual way as is the case with any spiritual self-deception wherein I consider myself especially exempt or “above the law.” Have we considered that laws or regulations are specifically designed to govern the impudent behavior of precocious immaturity recklessly exhibited by a consummate dearth of proper etiquette and to prevent fools from rushing in where angels fear to tread? Or in other words, that laws themselves are engineered to restrict the proliferation of bad manners in a social setting and thereby avoid the potential social chaos wrought by uncivility.

Certainly, genuine inner truly progressive development should be encouraged along with the hopeful elevation or awakenment of a deeply penetrative illuminated consciousness. But, have we honestly and sincerely contemplated that such aspirant enlightenment must be preceded by certain sub-religious symptoms like becoming humble and prideless? If not, how will we not become proud of our reputed devotional achievement and attainment (even though I may not yet have even really learned how to be truly kind and respectful to all others)?

Srila Bhaktisiddhanta Saraswati Thakur Prabhupada perfectly exemplified flawless devotion of the highest order, yet many are his severe cautions and stern admonishments against the impatient and impetuous impudence of those exceedingly foolish persons who are mistakenly disposed to consider themselves pre-eminently qualified to automatically ascend to the highest spiritual stratosphere of spontaneous devotion merely because of the apparent extent of their own imagined penultimate fitness to receive the most intimate connection conceivable with topmost Divinity.

Within the ontology of His Eight Beautiful Precepts, Sri Gauranga Mahaprabhu Himself unambiguously delineates the proper progression of true devotion for all ostensibly progressive souls for all time. Initially Sri Hari-kirtan Itself is glorified as the prime benediction for all humanity before Mahaprabhu disparages Himself for being so unfortunate that He has no attraction for Chanting the Holy Name and having no Love of God. Srila Rupa Goswami disparaged himself in a similar mood of mind. As did Srila Bhaktivinode Thakur, Srila Saraswati Thakur and Srila A. C. Bhaktivedanta Swami Prabhupada. Never did they feel themselves fit and qualified to enter the forbidden kingdom of highest spontaneous devotional attainment.

Of course we can know that there will always be those souls completely dispossessed of uncalculative devotion and complete self-sacrifice who consider their special privilege to be uniquely “qualified” and “fit” for enjoying intimately with the Supreme Divinity. Truly, atma-nikshepa, scathing self-analysis or self-abnegation to the extreme is ever the protection against such glaring philosophical aberrations. I must consider that even if such high possibilities may exist for some extremely fortunate jivas, for an abysmal being like myself such Supreme Sublimities are forbidden forever. Possibly, some extremely rare and fortunate souls may achieve such Exalted Status. However, for the intrinsic health of my real inner life, I must always consider myself extremely unfit and unqualified. Because of perpetual considerations of liberty and free will innate within all souls, not even God Himself can make a jiva “qualified,” what to speak of ontologically incorrigible souls who arrogantly misconceive with full presumption their own reputed ability to invoke such a change in others by mere mechanical process or ritualized techniques and thereby confer apparent blessedness of the Highest Degree Existentially Possible.

Because of this, I must consider myself merely a beginner practitioner and not a Vaishnava proper. A neophyte aspirant sadhaka and not a sevaite per se. Yet simultaneously I might retain ultimate hope that through the good influence of the real Vaishnavas this fallen infidel might eventually be rectified and redeemed. Finally. At last. And that by the Grace of Sri Guru and Gauranga, what is forbidden to me for now, may not be forbidden to me forever in my eternal sojourn of hopeful progressive maturity and deeper understanding. At the same time, the Divine Teachings of the Sri Rupa Guru-varga are like a Deity to me which I must always try my best to honor above all else. Unfortunately, as with much else within my wretched life, I often fall short of this esteemed ideal. Therefore, I must perpetually plead for merciful forgiveness of my own inevitable spiritual deficiencies and abysmal pseudo-devotion, at the Holy Feet of my Divine Masters and the Vaishnavas.

who is known as Jagabandhu das

Teaching and Disciplining in the Modes of Material Nature
Harinama in Vilnius, Lithuania, 25.06.2019 (5 min....

One Response to “The Forbidden Kingdom”