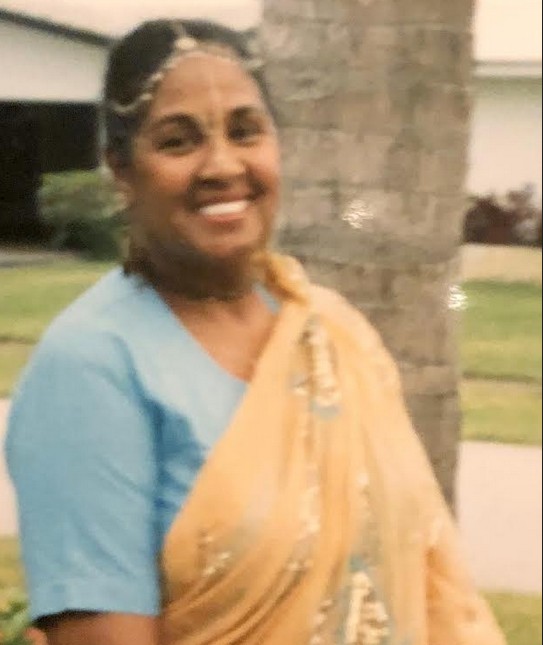 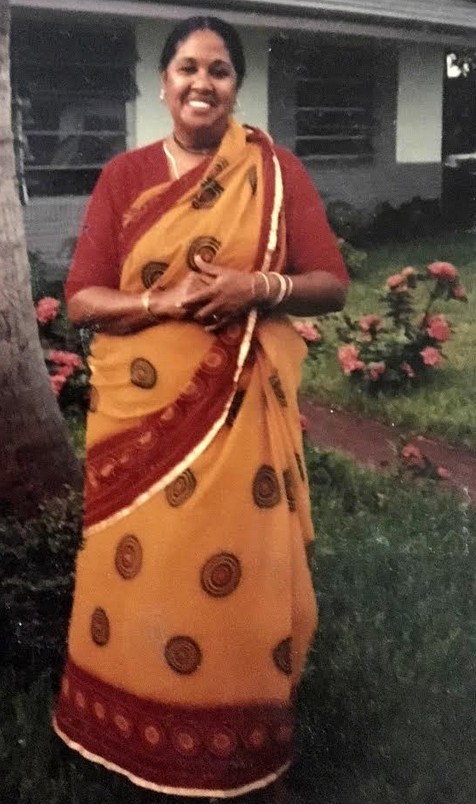 Gurvastaka devi (Glenda Bain) passed away on July 25, 2018, in Washington DC. at age 76.
She was a disciple of HH Bhakta Tirtha Swami.
She was born in Trinidad, West Indies. She also lived in St.Croix, US Virgin Islands for 16 years. Then, in 1986, when she was 44 years old, she was introduced to Krishna consciousness by Bhutadi das, a devotee from Guyana. She took to Krishna consciousness very naturally, and lived in the New York temple for awhile before relocating to South Florida, where she did service at Miami temple. She was much appreciated for her positive and enthusiastic attitude. She did a lot of cooking and cleaning service for Their Lordships Radha Vraja-Bihari, Gaura Nitai, and Jagannath, Baladeva and Subhadra Devi.
In April 2011, upon returning from India, she was diagnosed with stage 5 lymphoma cancer. She was determined to treat her cancer by alternative healing methods. But after 6 months, there was little improvement and she decided to undergo chemotherapy.  After 4 months of chemo, she was told the tumors had shrunk, and was advised to stick to a maintenance program. She dreaded the thought of more chemotherapy and opted to try other methods. Shortly thereafter, the tumors were quite large and she realized there was no other alternative but to maintain a steady chemotherapy program. By this time she was living with her son Zeno and his family in Washington DC.

Amazingly, her health lasted several years, but by July 2018, it was a fast and steady decline. However, by Krishna and Prabhupada’s mercy she maintained full consciousness to the end. She departed July 25, 2018 while looking at a full size TV of various images of Radha & Krishna, and listening to Srila Prabhupada chant and sing.

She left behind her daughter Sridevi devi dasi, and her three children, who all live in Fiji, and her son Zeno Bain, his wife and their two children.

We request the devotees to kindly offer a prayer in memory of her eternal soul.

The Strategic Initiatives of the GBC
Devotee care, relationships and cooperation