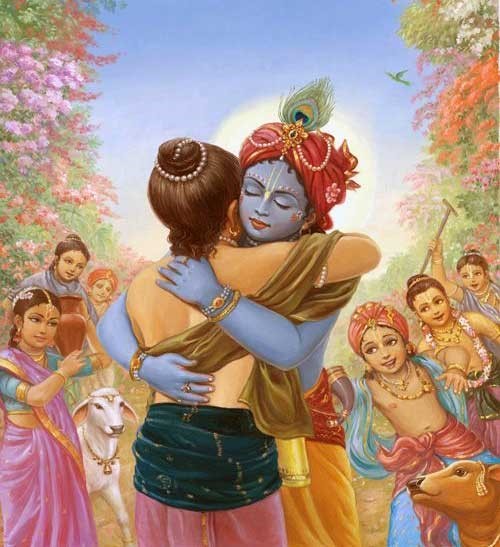 ‘Death literacy’ is a must for all who have taken birth. Certainly, we should all enquire and seek out – “What is death? Who actually dies? What happens to us after death? Why do we die? We really do not want to die but why are we forced to?”

Well, if we are not interested or think it is a taboo to talk about it, here is something we need to remind ourselves:

The best insurance policy against death is therefore, to prepare our consciousness to face it. To prepare the consciousness, we must go through a conscious spiritual discipline.

In other words, whatever path we may profess to follow, the real success of that path is to develop loving devotional service or Bhakti unto the Supreme Personality of Godhead. And this is possible through, association of pure devotees of the Lord. Association of the devotees of the Lord is most defining factor which can bring ‘narayana-smrti’ or remembrance of the Supreme Lord.

“This is possible only by the association of a pure devotee, who can give a finishing touch to the transcendental activities of all jïänés, yogés, or karmés, in terms of prescribed duties defined in the scriptures.” (Srila Prabhupada, purport to SB 2.1.7)

If so, then again, we need to ask certain questions:

His Divine Grace A.C.Bhaktivedanta Swami Prabhupada, our beloved Founder-Acharya, gave a clear directive about his plans to leave this mortal world. More than once did Srila Prabhupada remark to his servants, “If I become sick, do not take me to the hospital. Simply let me chant Hare Krishna and die.”

In Srila Prabhupada’s “Last Lesson”, we get a clear direction of how could one wish to leave this body.

Srila Prabhupada also showed that one should desire to leave the body in holy dham such as Vrindavan, but also mentioned that while in the battlefield (of preaching) one could leave the body anywhere, it does not matter as long the consciousness is in the right spirit of remembering the Supreme Personality of Godhead, Sri Krishna.

To keep the consciousness surcharged with remembrance of the Supreme Lord even at the time of death two things are prescribed:

The first point depends upon our sincerity in spiritual emancipation. The second one needs organization. To organize “bhägavata saìgataù” at the time of death for those at the End stage of Life, a team of devoteeshave cometogether to launch “Vishnudutas, Partnering for Eternal Life”.

In his last letter, His Holiness Bhakti Tirtha Maharaja wrote “We are all spiritual warriors, who are blessed by the best, and we have a duty to reach out more to help each other to pass their test”!

This statement is indeed a great inspiration to organize such a service as End of Life Care for those at the end stage of life.

Many wonderful efforts have been undertaken by very senior Vaisnavas in this regard. Few prominent efforts that must be mentioned are Bhaktivedanta Hospice Center, Bhaktivedanta Hospital and Vedic Care Charitable Trust if not more.

“Vishnudutas”, is yet another effort in support of this movement, however, just focused on facilitating chanting the holy names of the Lord at the end stage of life.

The “Vishnudutas” plan is to have two pronged approach to cater to all those in need. The first approach is to enroll as many volunteers all over the world as possible. A Vishnudutas Volunteers Network (VVN) is envisioned to create a web of volunteers to be always available at the beck and call of those in need. The second approach is to create few if not many, the dedicated sankirtana teams termed as Vishnudutas who can spend 24×7 beside those at the end stage of life. Both dedicated teams of Vishnudutas as well as Vishnuduta Volunteers will be trained in End of Life Care.

If we have lived all our life away from spiritual practice and at the time of death, somehow or the other if we are able to chant the holy names, will we still have a chance to make it? Yes, this is possible by mercy of the Supreme Lord. We see this in the life of one Ajamila who led a very sinful life and at the end of his life called out his beloved son named “Narayana”. Although he uttered the holy name “Narayana” unintentionally, still the Supreme Lord was so merciful to consider it as devotional service and awarded Ajamila a second chance.

“One who chants the holy name of the Lord is immediately freed from the reactions of unlimited sins, even if he chants indirectly [to indicate something else], jokingly, for musical entertainment, or even neglectfully. This is accepted by all the learned scholars of the scriptures.” (SB 6.2.14)

Hence, even if death is accidental and even if there is a micro-fraction of a second, the utterance of the holy names and remembrance of the Supreme Lord is possible. This is more so amidst Vaisnavas who can give the perfect finishing touch.

May every soul leave their bodies with chanting the holy names of the Lord,