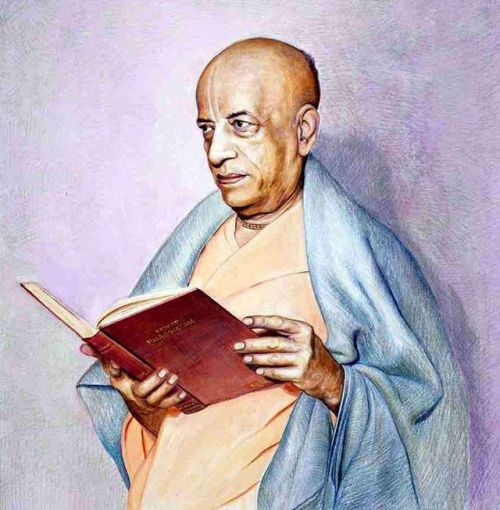 Find Your “Jaladuta-Mission”
Sacinandana Swami: Recently we celebrated Srila Prabhupada’s disappearance festival at the Bhaktivedanta Ashram, just by the side of Govardhan Hill. Several Prabhupada disciples were present and spoke about their offerings to Srila Prabhupada and their realizations. Interestingly, a golden thread ran through the individual minds and realizations, this was “Find your Jaladuta”.
Srila Prabhupada had received an instruction to go to the West from his spiritual master and he took a ship called “Jaladuta” (“water messenger”) and no matter the obstacles he encountered, both on the journey to America and once he got there, he held on tightly to the instruction of his spiritual master. Thereby he received the energy from his spiritual master that helped him overcome all difficulties. Each one of us needs to decide: will I live life on the basis of the mundane strength of my body, mind and talents or do I want to access divine strength? Following the orders of a pure soul will help you to access divine strength.
Anyone who has followed Srila Prabhupada’s instructions has witnessed miracles in their life. Not by their own strength, but by witnessing the shakti of Srila Prabhupada. The ship, the body of Prabhupada’s instructions, is very large. There is a place for you. Even if you need your own little cabin, your privacy, individual expression, look for an instruction, hold it tightly and you will see how divine strength will move you, so that also for you the word “impossible” no longer exists.

Being grateful to my first teacher
A Book Marathon Message
Tagged under: Nectar