Some interesting thoughts from a friend of 40 years ago 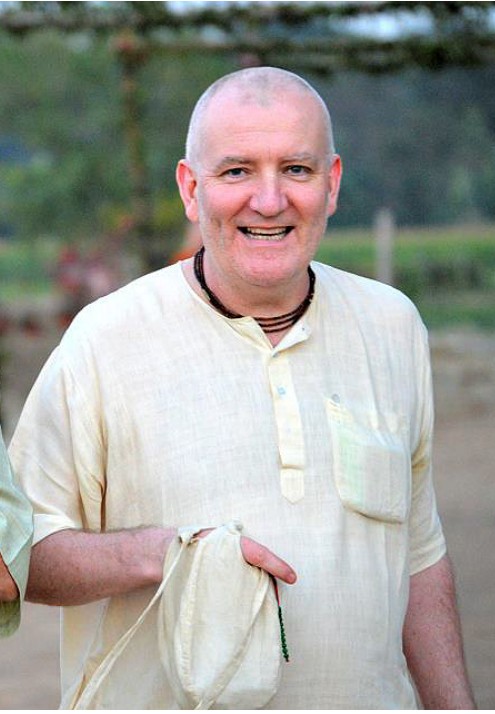 A few weeks ago I bumped into someone I hadn’t seen for nearly 40 years, way back then he was an old school friend of mine and he had some interesting thoughts on all things Hare Krishna!

He began by letting me know (in colourful language), that at the time he thought I was ‘nut-job fruitcake’ when he heard I had become a Hare Krishna devotee, however now he considers that it was not so strange after all. His logic went something like this – it now seems that half the people he knows are privately meditating, spanning from the part-time meditators to the seriously dedicated practitioners like the Hare Krishnas.

Oddly enough, he went on, it is not so much the flower power types or beatniks or people living off the land in remote rural communities, that are leading the charge with regards to the upsurge in meditation pastimes. No, it is just run of the mill lads (and lassies), as well as many well to do types established in their respective roles in society, such as the forward thinking business and professional communities who are all at it – meditating! These are not the type of ‘I’m not into religion but I do consider myself a very spiritual person’ folks, who generally opt for things like ‘releasing their inner voice or crystal therapy etc’ No, they are your down to earth, salt of the earth types who have embraced meditation and yoga as a mechanism for navigating through all the challenges they face in their daily lives.

Now what is it that inspires them and unites them in their ever developing and progressive lifestyle? Well one thing is many of them are parents and of course parents, particularly dads, especially cherish a few minutes of silence every now and then! For others it is still maybe a game of golf, or going to a football game or losing themselves on the internet but there is no doubt that there is an ever increasing number taking shelter in meditation. And that makes perfect sense, as it is no longer really an option in this new era of the ‘wonder-dad’ to casually announce to your partner in parenting that ‘oh I am off for a 4 hour round of golf!’ No, on weekends you are not meant to be doing anything other than focusing on your little ones (even if your little ones, and they probably do, think you are suffocating them!)

However taking some time out to meditate is much more family friendly than some of the more traditional options, and it can only really add to the overall well-being of the family unit. Just like sleeping and eating, which have to be done, but they also refresh, rejuvenate and benefit each of us, allowing us to embrace the new day. So even if there is a little resistance to meditating (as some might think it is akin to sitting around and doing nothing) these days you can, even menacingly, indicate how it is also advantageous to every member of the family!

My friend then quoted a song we both listened to in our youth “empty my mind I find it hard to cope, listen my heart don’t need no stethoscope” and commented that back in the day giving credence to such a thing would have been seen as namby-pamby and not what a real man does, but thankfully that is no longer the case. Today we live in the era of mindfulness, something that is all but acknowledged as an inalienable right, where we are all encouraged to treat our mind with tender loving care and to learn how to breathe properly!

He then went on to say that he had recently read an article on the internet stating that while we may consider the Hare Krishnas a rather obscure group, the truth is their impact on the world we occupy in 2018 is massive. They are the ones who originally brought the likes of meditation, mindfulness and good diet to us all. So while it may generally be thought that the Hare Krishna movement has not taken the world by storm and achieved mass global domination, secretly their core teaching and activities have. This is shown wherever you look in society now, where you will witness Hare Krishna-isms everywhere, even if they might be a little on the diluted side. Indeed those Hare Krishna-isms stretch even beyond meditation and diet and also into areas like the environment, sustainable living and sustainable food production.

In essence he was of the view that everyone is a little bit of a Hare Krishna these days! Either they do a little bit of mediation, or a little bit of yoga, or they are comfortable talking about karma or are likely toying with, or have become a veggie (or worse!) or all of the above.

In other words they are now all a teeny-weeny bit KC – Krishna conscious!

Then he opined that when you consider how more and more full time Hare Krishna’s are living a so called standard way of life these days – regular job, often regular dress, kids and grandkids etc., we are naturally all coming closer together, so who knows, one day there may just be one world religion with Krishna at its centre!

My (who was now becoming a dear, wise old) friend went on to say he is seriously thinking of taking up some of these practices himself to deal with the challenges in his life, as well as him getting some ‘me time’. But what was bothering him a little bit was why should he not jump in feet first and fully embrace the original, as opposed to the risk of him becoming a wish-washy part-timer? He said he would feel a bit of a hypocrite being a part-timer, wanting all the benefits, but without fully acknowledging God’s role in all of it.

Well what can I say? I think he is right on and great to see he wasn’t expecting to be allowed to take all the benefits without embracing the whole kit and caboodle! Of course that is a challenge for all of us, no matter how little or much we dip our toes in.

As our time together came to a close, my friend said that he now seriously thinks the Hare Krishna’s have known something all along that we (Joe public), have been wholly unaware of.

He concluded with the thought that the more folk we can inspire to meditate or chant, as well as abstaining from eating meat, regardless of the motivation for doing so, those folk will automatically encourage others to do the same and thus bring those others a few steps nearer to Krishna. So who knows maybe we’ll all be wearing those beautiful flowing robes one day!

Boy I just never imagined meeting an old friend could have been so mindfully enlivening!

ISKCON Leadership Sanga 2020 - REMINDER TO REGISTER
The Life of a Text: Bhagavad-gita Through the Centuries