A Sankirtan story by Dayananda Prabhu 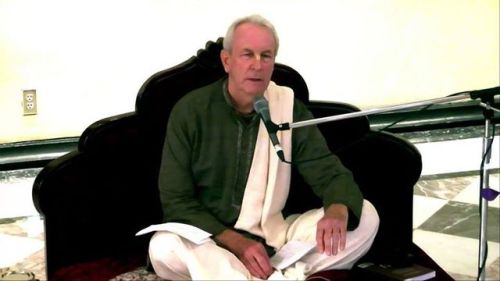 A Sankirtan story by Dayananda Prabhu ACBSP.
My obeisances. Jaya Prabhupada. All glories to his book distributors.

In 1967, I paid Prabhupada $16 for a set of three books that comprised the first canto of Srimad Bhagavatam. That was the amount he charged, and it was more than a day’s work for an hourly employee.

In 1971-72, I was privileged to witness an explosion in book distribution. A number of devotees came up with innovations concerning how to sell books, evolving new methods, strategies, and sales pitches. Prabhupada told the distributors that they should depend on Krishna to give the intelligence how to sell. He quoted: dadami buddhi yogam tam.

From then on, the book distributors always had great stories to tell. As temple president, I used to wait for them to arrive home and hear of their exploits.

I once heard a great story from Tapasya. It’s a bit elaborate, but here it is in brief:

Tapasya (Tom at that time.) was in the Marines. He knew about Krishna Consciousness and had read several books, but he’d never been to a temple. He was looking for a specific volume of Srimad Bhagavatam, and one day he was passing through New York’s Grand Central Station, a very busy place. Daivi Shakti, a New York book distributor, stopped him and offered a book. He asked her whether she had the volume he was looking for.

She said yes and gave it to him. Then he asked her how much it was. She said it was a donation and he should give the most he could. However, he was uncertain how much that would be. So, he asked her to tell him something specific. She said $1000, which is about $4500 in today’s money.

He agreed and wrote her a check.

Our abilities are our endowments, not our entitlements
Just one of Srila Prabhupada’s books sufficient to change a life forever!
Tagged under: Nectar

We are not Vishnu! (video)