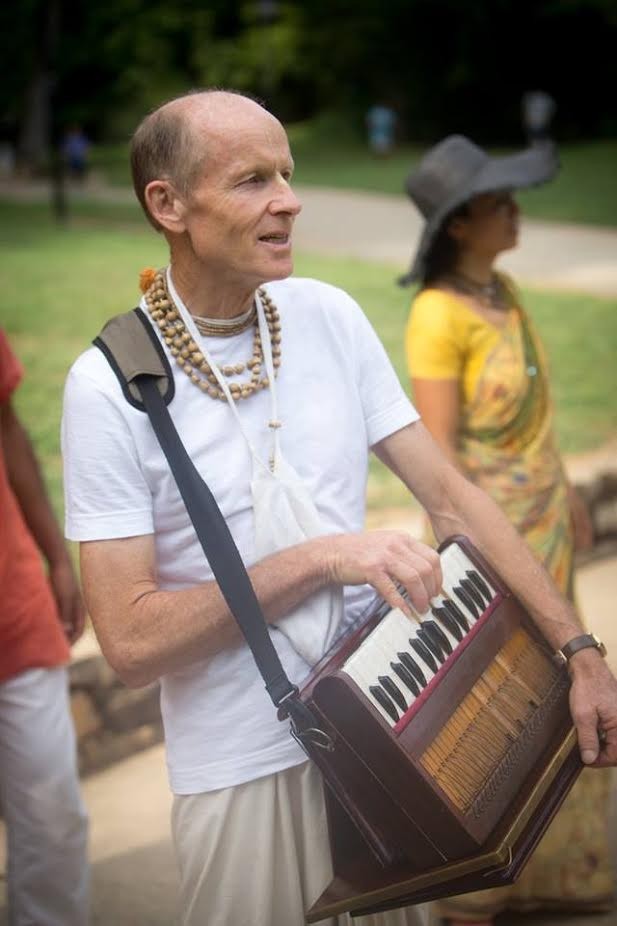 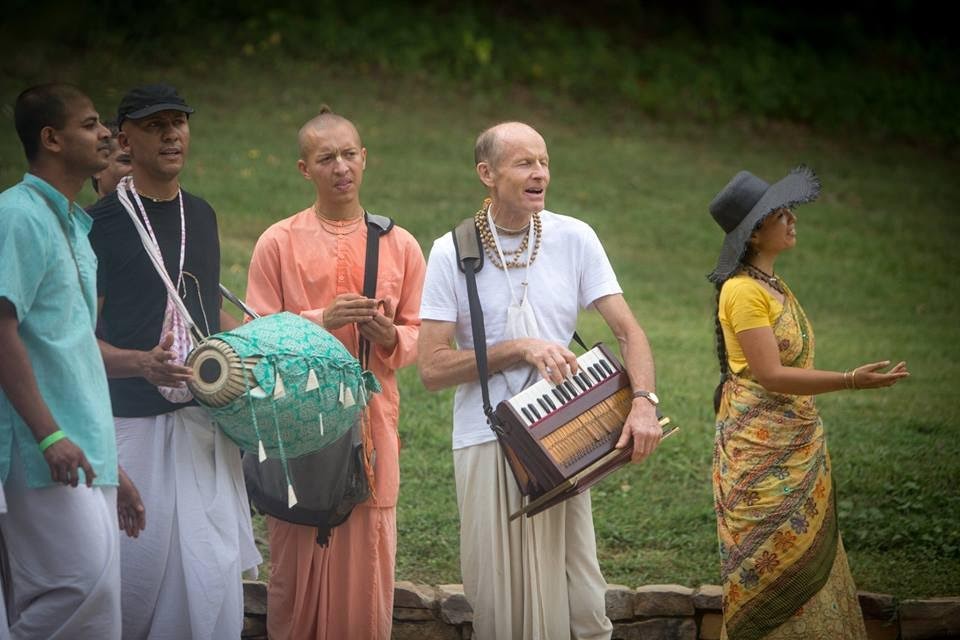 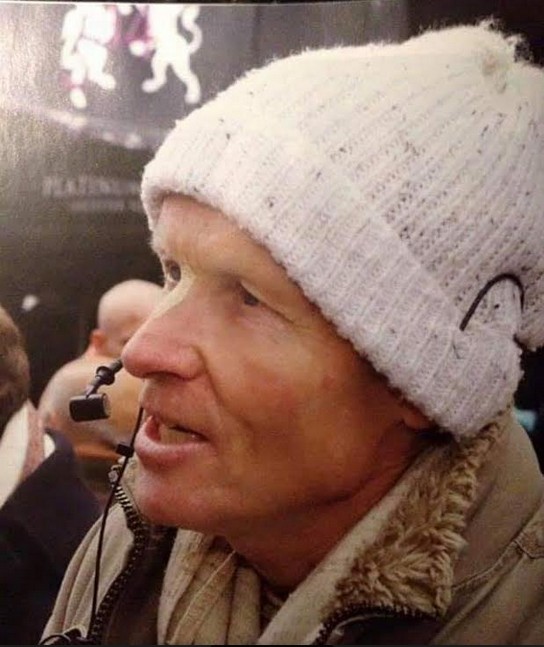 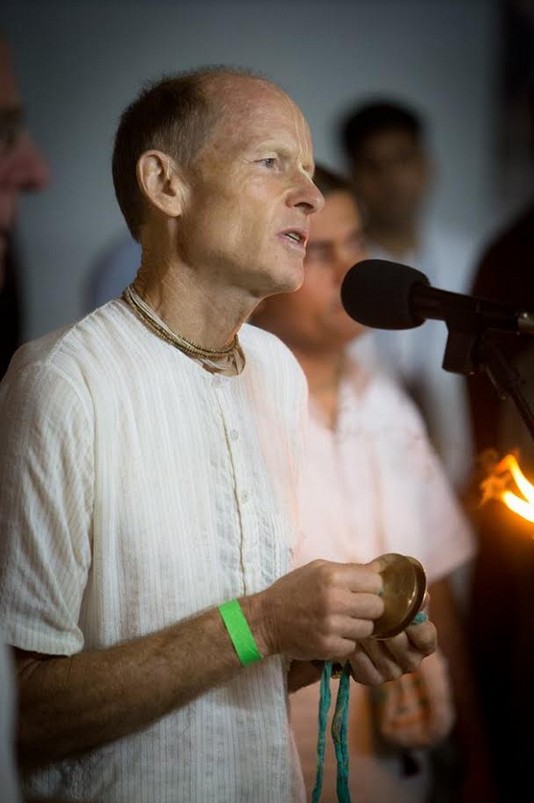 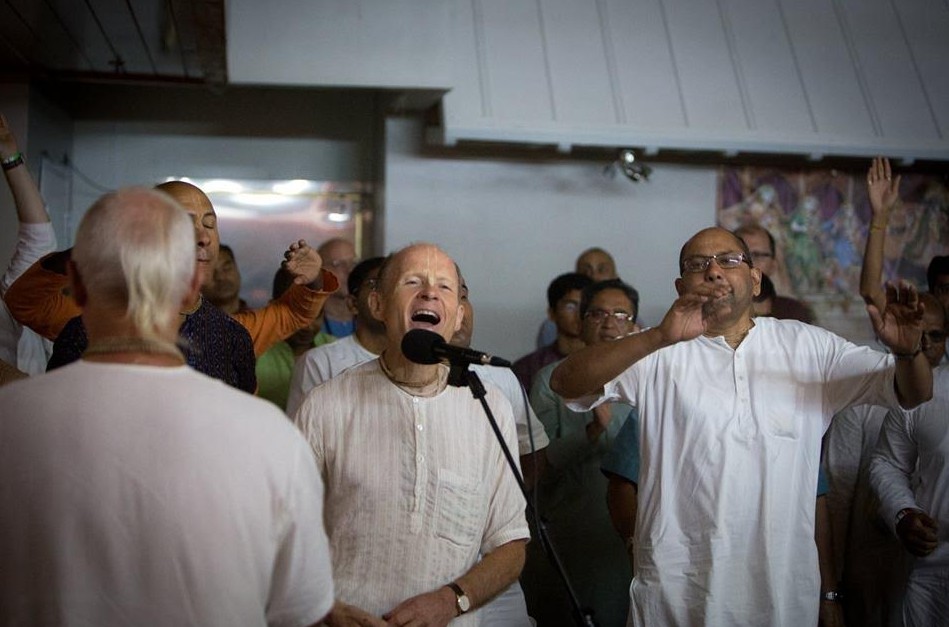 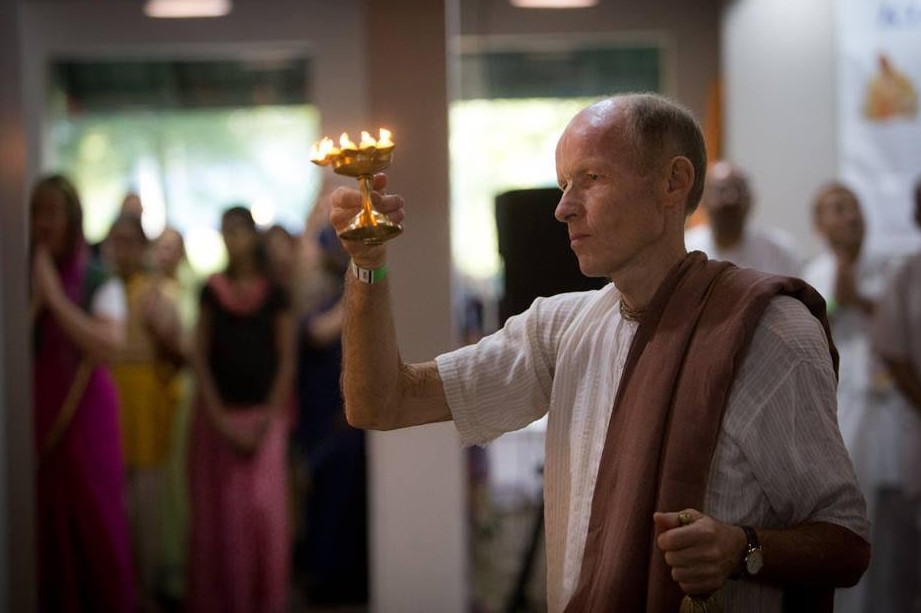 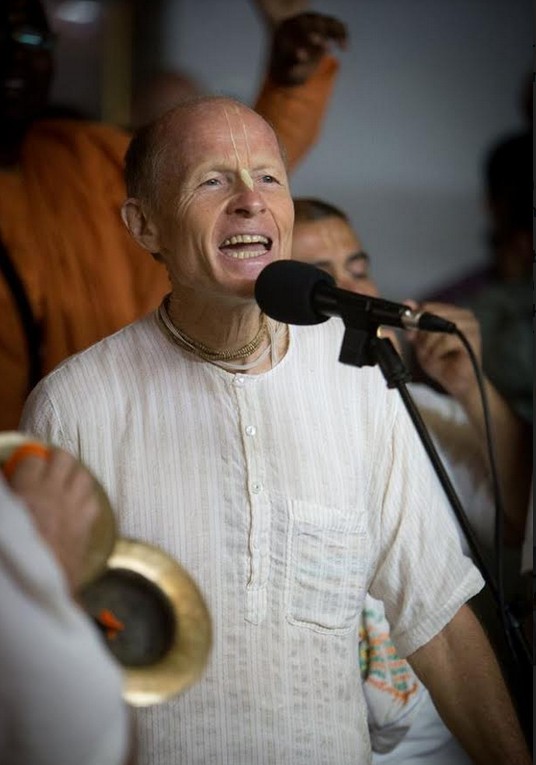 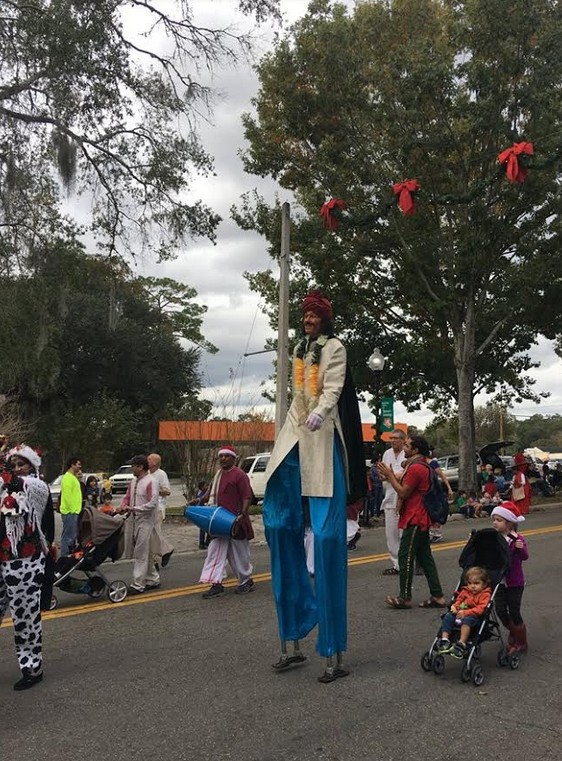 It is with great sadness that we announce the unexpected loss of our dear godbrother and friend Kaliyaphani dasa, who was killed in a motorcycle accident Thursday night in Alachua Florida.
I knew Kaliyaphani since he joined ISKCON in 1975. He was from an upper class English family, had expensive private schooling and an aristocratic upbringing.
Almost from the day he joined he became a traveling sankirtan devotee. In fact he was the rock on which the great British sankirtan army was built. He and his deceased brother Satyavak prabhu were both very helpful in establishing the British yatra as a leading sankirtan force. For many years he travelled in a small van heading up a fleet of other sankirtan vans. He was never the top book distributor, but he was the backbone of the party. I remember the time when the great sankirtan warrior Pragosh visited the UK, and he and I were engaged in a fierce competition, it was Kaliyaphani prabhu who humbly did all the back up work.
He was also the temple commander at Chaitanya College, and he was always very busy serving His Holiness Sivarama Swami, the President. He would always do the needful, he was a humble, serious devotee who was a true gentleman.
He had many talents as well. He was a wonderful orator, a larger than life actor who revelled in playing Ravana or Hiranyakasipu. His Nrisrngha prayers with the harmonium were celestial, he was a great kirtan leader, knew many beautiful melodies, and had a big taste for harinama sankirtan. He never missed an opportunity to join a party taking the holy names to the streets.

He moved to the Alachua community in the early 2000’s and did a variety of services. He was always dependable and was a good friend to all. He had a habit of never refusing to do anything he was asked, a rare quality indeed, especially in a senior man with so many skills. He was an expert arborist and took care of all the hundreds of trees at New Raman Reti, served the guests at the Sunday feast, and was an important part of the “farm family”, our devotees who live on temple property and keep the back end running.
He came to see me the evening before he passed away, and he revealed that although his life had been full of ups and downs, he now felt very happy and satisfied in his Krishna consciousness.
He was very dear to many devotees because he was a soft spoken encouraging friend to all. He will be sorely missed by many.
Your servant,
Adikarta das

The bike collided with a semi that pulled out into its path, according to FHP.

The man, age 65, has yet to be identified, pending next-of-kin notification, according to a Florida Highway Patrol media release.

The man was traveling west on State Road 235 at about 8:30 p.m. on his motorcycle, near Northwest 102nd Terrace, FHP said.

Edmond Grumble, 56, of Sandy Ridge, North Carolina, driving a semi, pulled out of a driveway onto SR 235 and directly into the path of the man and his motorcycle, causing the front side of the motorcycle to collide with the left side of the semi, according to the release.

The man was pronounced dead on the scene.

The release said charges are pending.