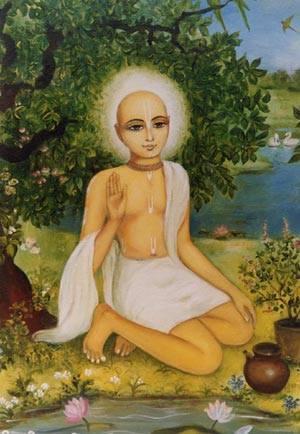 Srila Jiva Goswami Disappearance
Jiva Goswami (1513–1598) was the nephew of Rupa Goswami and Sanatana Goswami. He received initiation from Rupa Goswami and became the acharya (spiritual master) after Rupa and Sanatana. Jiva Goswami was a Sanskrit scholar par excellence. Some contemporary Sanskritists call him the greatest philosopher and scholar who ever lived. The youngest among the six Goswami followers of Lord Chaitanya, Jiva Goswami was also the most prolific writer. He wrote some twenty-five books, including the Sat-sandarbha, Gopala-champu, and Hari-namamrita-vyakaranam. His samadhi stands in the Radha-Damodara temple compound, in Vrindavana.

Iskcon devotees in Taiwan celebrated the 5Oth anniversary of the…