Krishna who is known as Govinda, is the Supreme Godhead 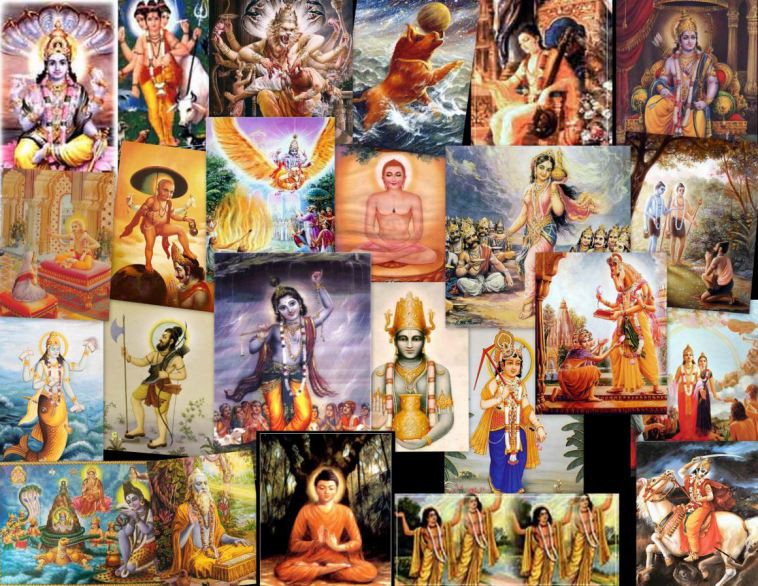 Before starting the article I would like to tell without the mercy of our guru maharaj A.C. Bhaktivedanta Swami Srila Prabhupada and Vaishnava devotees I would not been able to write the topic. With the help of their knowledge and teachings I am starting my article.

Through history we come to know that Vishnu is prior to Krishna; after all the scriptures inform us that He is the source of all creations, while Krishna descends to earth some 5000 years ago. In addition to these, Vishnu lives in regal opulence in Vaikuntha, evoking awe and reverence – as one would expect god- whereas Krishna appears as a cowherd boy in Vrindavana which shows sweetness and simplicity. But here is a twist which I would like to show with the help of some examples which I came through:

Similarly scriptures bear out that Krishna is the source of Vishnu even if Vishnu appears in this world before Krishna does. The simple answer and the ultimate truth is, Krishna is the Supreme Personality of Godhead and Vishnu is the incarnation of Krishna. Krishna has numerous manifestations, moreover all are considered equal and yet hierarchial as well. They are one and yet different.

Now I would like to show some evidences from the scriptures which will help us to know the truth.

Srimad Bhagavatam(S.B), which is the essence of all Vedanta philosophy:

This Sri Krishna is no other than the inconceivable, original Personality of Godhead. He is the first Narayana, the Supreme enjoyer. But He is moving amongst the descendants of king Vrsni just like one of us, and He is bewildering us with His self-created energy.

Meaning:- the supreme Vishnu is Krishna.

“Are You not the original Narayana, O Supreme controller, since You are the soul of every embodied being and the eternal witness of all created realms? Indeed, Lord Narayana is Your expansion and He is called Narayana because He is generating source of the primeval water of the universe. He is real, not a product of Your illusory Maya.”

In his commentary on this verse, Srila Sanatana Goswami has elaborately explained the expansion of the Vishnu or Narayna, incarnations from the original form of Godhead, Lord Sri Krishna. The essence is that although Lord Brahma was born from Lord Narayana, Brahma now understands that Narayana is Himself a mere expansion of the original Personality of Godhead, Lord Sri Krishna.

When Krishna appeared in Dvapara, Sri Hanumana and Jambavana came to meet Him. At that time Krishna showed His Rama form to them. On another incident, Krishna showed four armed form of Vishnu to Kalavana, Muchukunda and the kings who were rescued by Krishna, Bhima and Arjuna from the prison of Jarasandha, the king of Magadha country. And most importantly He showed His universal form to Arjuna in the battlefield of Kurukshetra.

In my concluding paragraph I would like to highlight the following from Chaitanya Charitamrita, Adi Lila, (5.4-6,8-11):-

The Supreme Personality of Godhead, Krishna is the fountainhead of all incarnations. Lord Balarama is His second body. These two are one and the same in identity. They differ only in form. Lord Balarama is the first expansion of Krishna and He assists in Lord Krishna’s transcendenal pastimes. Balarama expands Himself into Karanadakshayi Vishnu [Maha Vishnu], Garbhodakashayi Vishnu [the Vishnu expansion in each universe], Ksirodakashayi Vishnu [the Supersoul in each living being] and Seshnaga who lies down and is the support and resting place for Lord Vishnu.

All these reveal the fact that Krishna is the original Supreme Personality of Godhead and all incarnations even Vishnu is present in Him all the time.

Ahimsa milk (milk produced by protected cows) weekly sale at the...
There is Only One God and He is Male