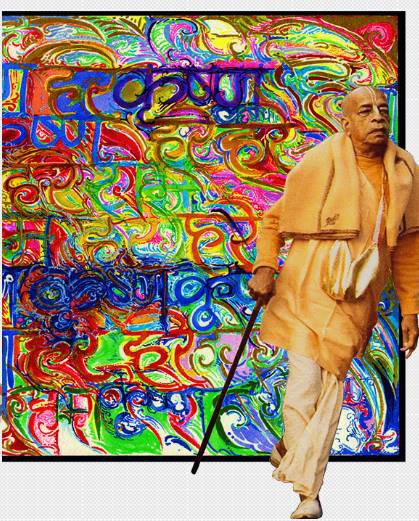 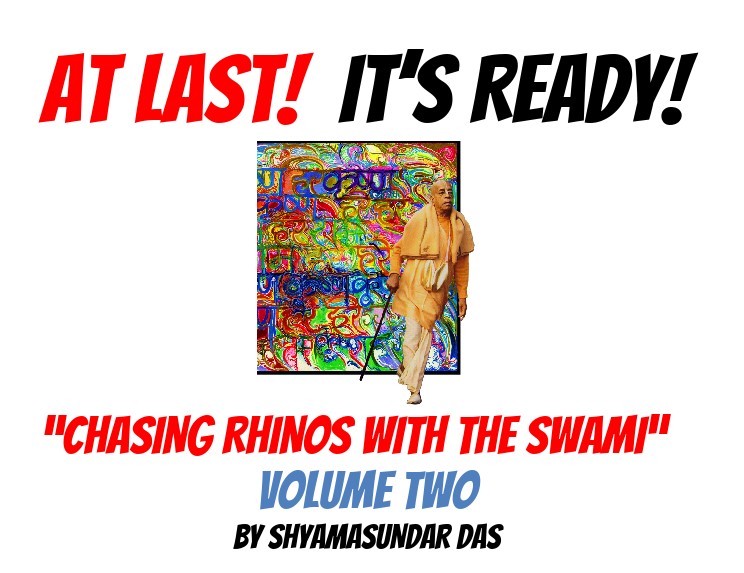 “CHASING RHINOS WITH THE SWAMI”
VOLUME TWO
BY SHYAMASUNDAR DAS

In October 1970, A. C. Bhaktivedanta Swami arrived in India with twenty of his Western disciples to re-ignite the dying flames of Krishna consciousness in the land of its ancient origin. Srila Prabhupada and his Dancing White Elephants were an immediate national sensation. In very short time, Prabhupada established ISKCON as a major spiritual force in India, laying the foundations for three huge temples and a dozen centers across the land. In June 1971, Shyamasundar das became Prabhupada’s personal secretary and for the next two years traveled with him around the globe—all over India, to cold-war Russia, to Africa, Australia, New Zealand, Hong Kong, Japan, and across Europe and America—the eye-witness to Prabhupada’s incredible achievements. As they traveled, Prabhupada and Shyamasundar debated Western philosophers, from Plato to Heidegger. Now at last, here are Shyamasundar’s stories in nearly 500 pages, with 180 photos, describing in well-researched and intimate details this most exciting episode in Prabhupada’s amazing journey.

FOR MORE INFO AND TO ORDER VOLUME TWO, GO TO: CHASINGRHINOS.COM