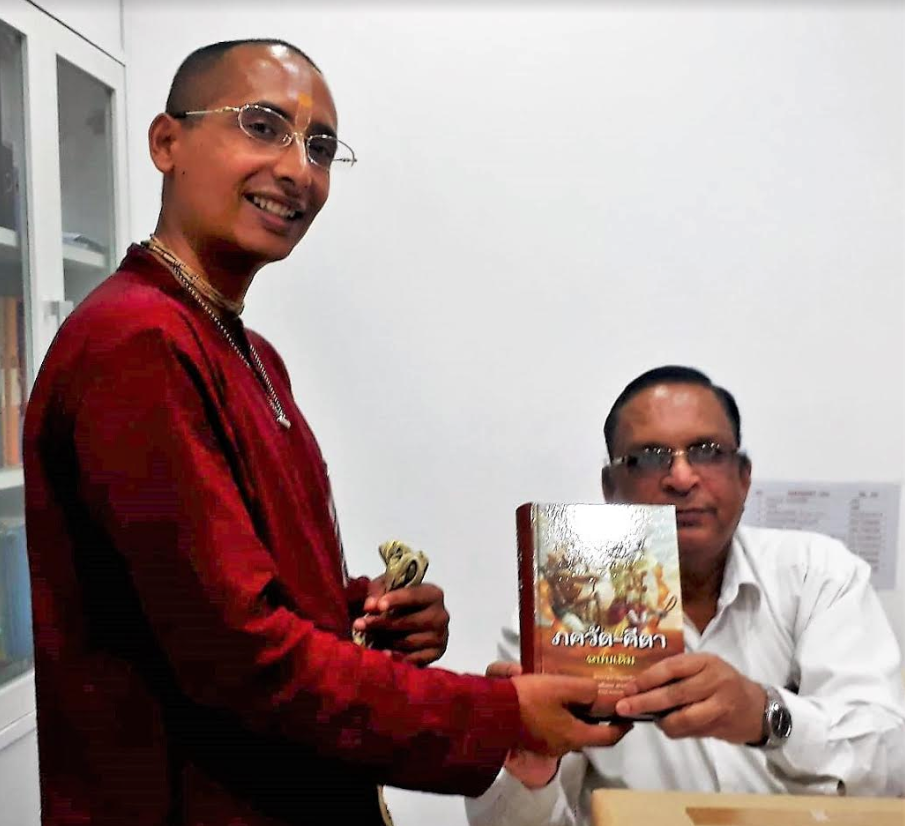 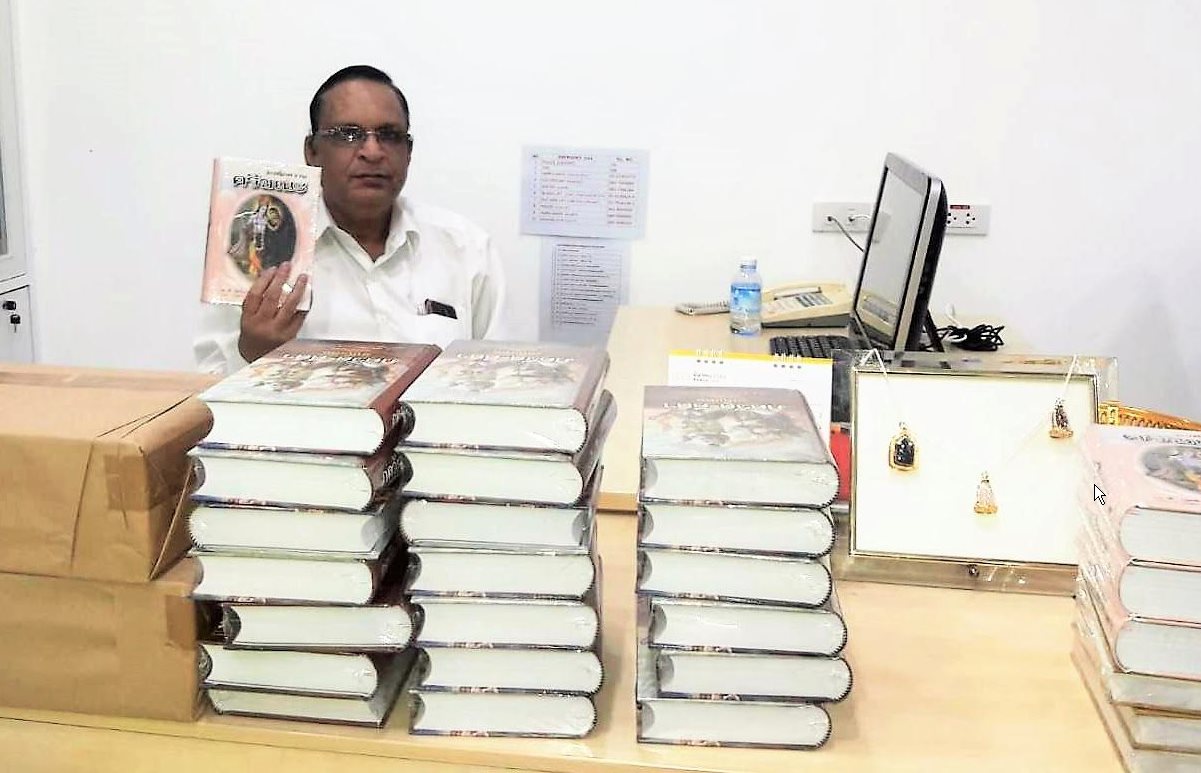 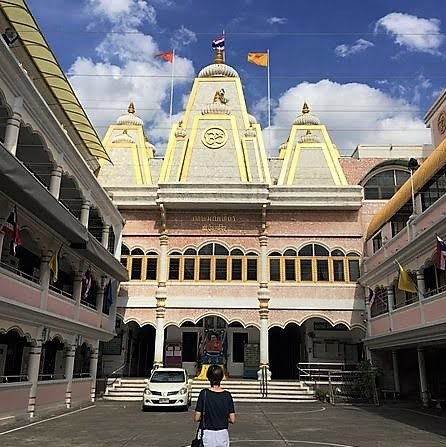 “Bhagavad Gita As It Is – Thai and other books by Srila Prabhupada ordered/bought (50 plus) and soon to be in display for sale/distribution in Dev Mandir (biggest Hindu temple in Bkk. Thailand)”

We have had good relations with the Dev Mandir (biggest Hindu temple in Bangkok) located in Sausincha since the beginning. The annual Jagannath rath-yatra in Bangkok which is generally held on the adjacent Sunday of the Jagannath rath-yatra in Puri ends in the Dev Mandir in Bkk. The temple authorities/priest come and perform arati/greet the deities – Lord Jagannath, Lord Baladev and Lady Subhadra. For many years, Iskcon Bkk has been doing kirtans in their Janmasthami celebrations and at times go and perform Hare Krishna kirtans in their temple.

Mostly Indian (Thai citizens and working immigrants) and many local Thai attend the morning/evening arati at the temple and pay respects and get the blessing from the presiding deities of different incarnations of Lord Vishnu and various respectable demi-gods. However, recently some of the local Thai people have inquired further into the Hindu philosophy and want to read Vedic literatures; maybe it is due to Hare Krishna devotees distributing books and spreading the holy names
(Hare Krishna mantra) in different parts of the city. For over a decade now Iskcon Bangkok, (Radha Govinda temple at Thonburi and Student Center at Ramkamheng) have been regularly (mostly every Sunday afternoon) going out for Harinam and distributing Srila Prabhupada’s books in the Thai language. So, the Dev (Hindu) temple called up Hare Krishna devotees and asked us for our books written by H. D. G A. C Bhaktivedanta Srila Prabhupada and translated into Thai by H. G Ram Laxman Prabhu (TH-BBT). Around a few weeks back, we dropped them around two dozen Bhagavad Gita’s and they finished it and asked for another thirty yesterday. They have requested us to bring all the small/big books we have in Thai and said they are looking forward to make a book display in the temple with all the Thai books.

Certainly, over time as these books by Srila Prabhupada reach out to more and more Thai people, local Thai devotees shall sprout all over and the glories of Lord Krishna will flourish once again in the land of “Siam”
(Shyam) – the previous name of Thailand. Srila Prabhupada’s transcendental book distribution ki kaya!

Pictures attached: 1. Admin./Staff at Dev Mandir receiving/buying the TH B. G’s from us. 2. Antaranga Gopal Prb giving a TH B. G to the admin/staff at Dev Mandir. 3. Website/picture of the Dev Mandir (biggest Hindu temple in Bkk, TH)