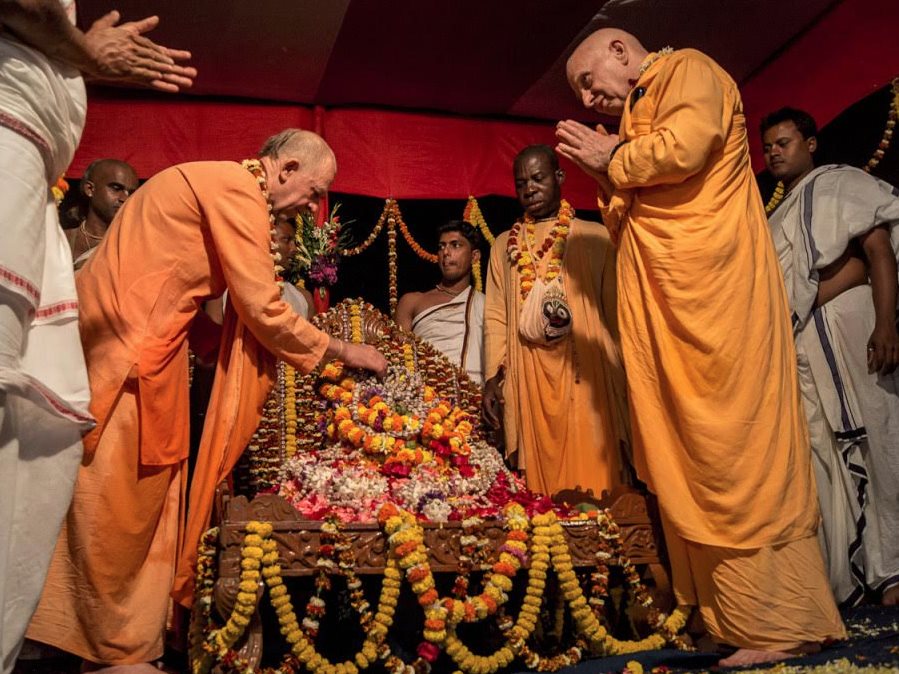 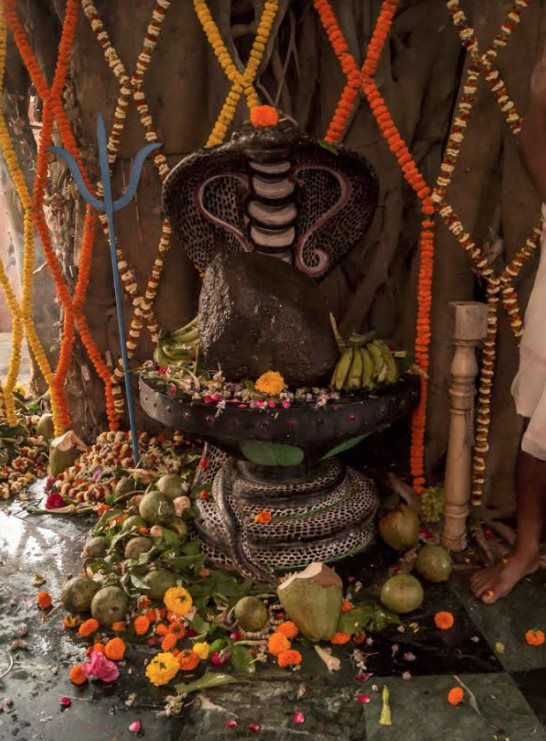 Vaishnavas do not generally take part in the worship of demigods except to honor them as great devotees of the Lord. Lord Shiva is worshipped by Vaishnavas because he is the greatest Vaishnava. He is especially worshipped by Vaishnavas in his form of Gopisvara Mahadeva, which is the form of a gopi which Lord Shiva accepted in order to witness Lord Krishna’s topmost pastimes. Lord Shiva is known as shetrapala, the protector and guardian of the Lord’s holy dhama, and therefore devotees of Krishna pray to Lord Shiva to allow them entrance into the dhama and the Lord’s pastimes.

Srila Prabhupada describes in Krishna Book an instance when Nanda Maharaja and the other cowherd men observed Shiva-ratri:

“Once upon a time, the cowherd men of Vrindavana, headed by Nanda Maharaja, desired to go to Ambikavana to observe the Shiva-ratri ceremony. The rasa-lila was performed during the autumn, and after that the next big ceremony is Holi, or the Dolayatra ceremony. Between the Dolayatra ceremony and the rasa-lila ceremony there is one important ceremony called Shiva-ratri, which is especially observed by the Shaivites, or devotees of Lord Shiva. Sometimes the Vaishnavas also observe this ceremony because they accept Lord Shiva as the foremost Vaishnava.” (Krishna Book, Ch. 34)

In Navadvipa, Lord Shiva resides in many forms. In Madhyadvipa, he performs the pastime of riding on the carrier of Brahma (Hamsa) in order to quickly arrive to hear the recitation of Lord Caitanya’s pastimes. He is worshipped on this island as Hamsa Vahan Siva. He protects Antardvipa – the holy birthplace of Sri Caitanya – as shetrapala at Yogapith. There is also reference to Siva dhoba in Navadvipa Dhama Mahatamya. At Koladvipa, he resides under an old banyan tree at Paromotala. In Navadvipa, there is also an island dedicated to Lord Siva known as Rudradvipa. At Simantadvipa, where the Rajapur Jagannatha Mandir is situated, he resides along with his consort Simantini devi, who is worshipped along with Gauranga Mahaprabhu in her own temple at Rajapur.

At the ISKCON Rajapur Sri Jagannatha Mandir in Mayapur, Maha Shiva-ratri is celebrated every year. Devotees bathe Lord Shiva with milk, yoghurt, honey, and Ganga water, and offer him bael leaves and many fragrant garlands. Many senior devotees participate and speak about the glories and pastimes of Lord Shiva.

After being honored by Lord Jagannatha, Baladeva and Subhadra, Their mahaprasadam is offered to Lord Shiva and then distributed to all the assembled devotees.

“O gatekeeper of Vrndavana! O Soma, all glories to you! O you whose forehead is decorated with the moon, and who is worshipable by the sages headed by Sanaka, Sanandana, Sanatana and Narada! O Gopisvara (Shiva), desiring that you bestow upon me that prema for the lotus feet of Sri Sri Radha-Madhava who perform joyous pastimes in Vraja-dhama, I offer obeisances unto you time and again.”