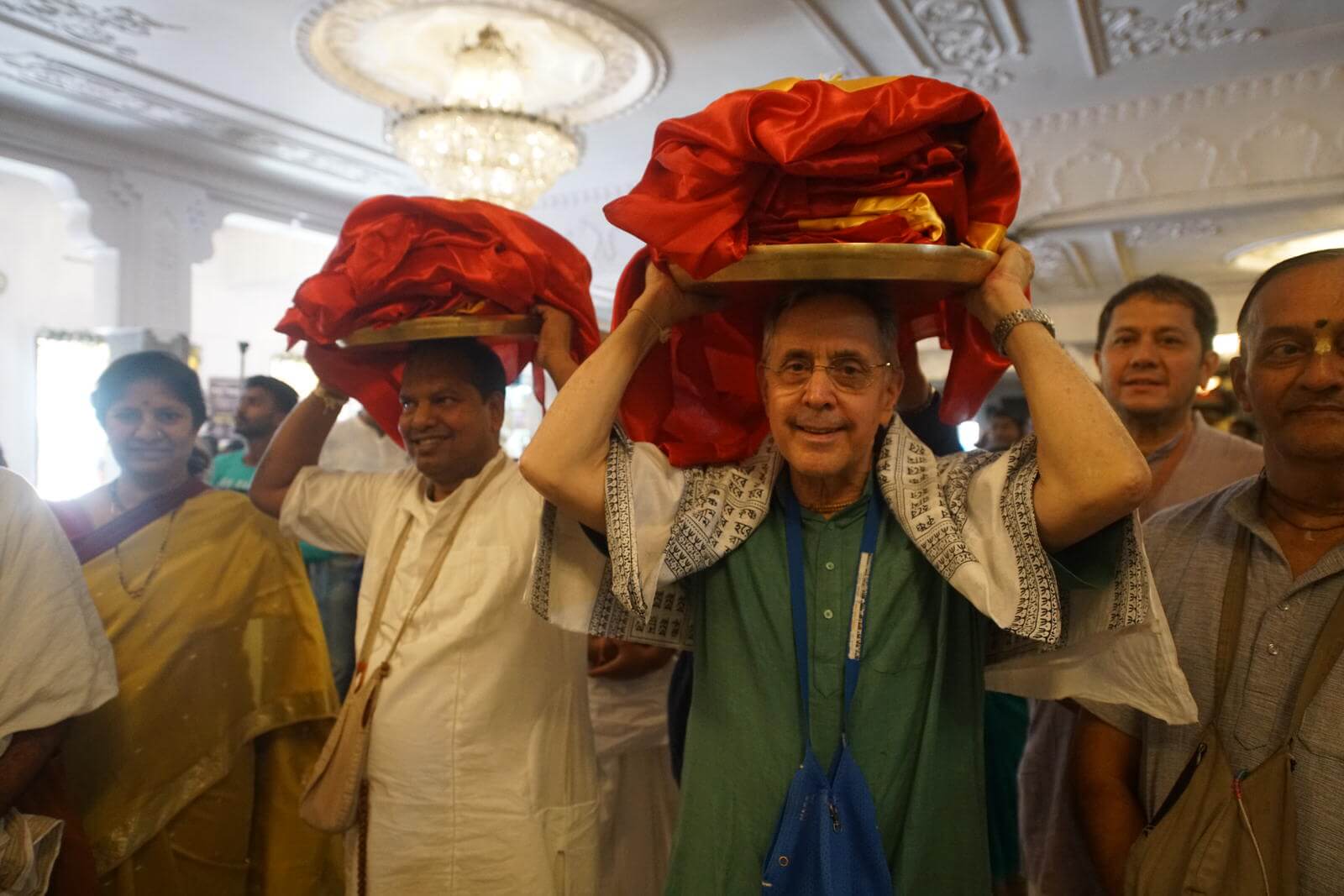 Back in October, 2018 we announced the launch of the TOVP Victory Flag Campaign wherein devotees can sponsor the raising of the daily TOVP Victory Flags onto the temple domes. The response has been very good and the TOVP management has now decided to start a monthly Flag Festival to continue into perpetuity as long as the temple stands.

On February 2nd the first Flag Festival was officially launched during the grand inauguration ceremony of the 2019 Gaura Purnima Festival, with sixty flags being offered to the Deities for Their blessings and auspiciousness. Two flags were taken in procession around the Deities and to the TOVP office carried by Ambarisa and Braja Vilasa prabhus, and then hoisted onto the Main and Nrsimha domes of the temple.

Every Purnima, sixty flags will be offered to the Deities and two raised every day in the names of their sponsors. The flags will then be shipped to the sponsors as prasadam for their seva. This transcendental monthly festival will continue into the future for as long as the TOVP stands and will become a tradition for future generations of devotees.
To read the complete article please click here: https://tovp.org/fundraising/tovp-monthly-flag-festival-launched/

What is consciousness? (9 min video)

All India Padayatra NEWS (Album of photos) By Acarya Dasa and…