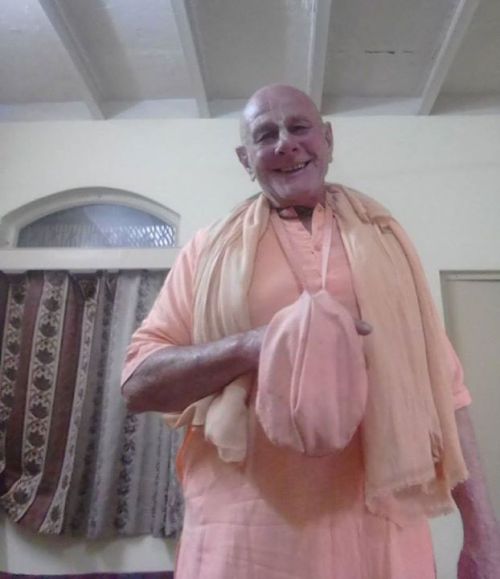 When our Temple was Bulldozed in Sydney in 1974 by the Church of England that owned the beautiful Mansion, we lived in a factory with Radha Gopinath.

We were forced to move into the Spiritual Sky Factory in an Industrial area that also was in a slum where many Australian Aborigines lived who were not that friendly nor inclined to Spiritual life.

It was a very difficult time in Australia’s ISKCON history, often devotees were attacked while coming to the morning program to greet Radha Gopinatha at the factory.

However, Bhutanath prabhu was wonderful because he kept things together, kept us all sane with his example

Some devotees blooped because they could handle the server conditions there, freezing in winter because there was no heating and only cold showers.

It seemed no matter what material conditions we were in, he always remained in ecstasy and bliss.

His many Srimad Bhagavatam classes always preached how devotees can live in any condition and told us, “now go out there around Sydney and bring people back here for The Sunday feast, we will cook up a great feast!” And he did!

In fact the Prasad there that Bhutanath with the help from Kurma, cooked up was the best Sunday love feast I have ever had!

Bhutanath’s cooking is out of this world, and to this very day no material harsh conditions affect him.

For the last 15 years, he has lived in India.