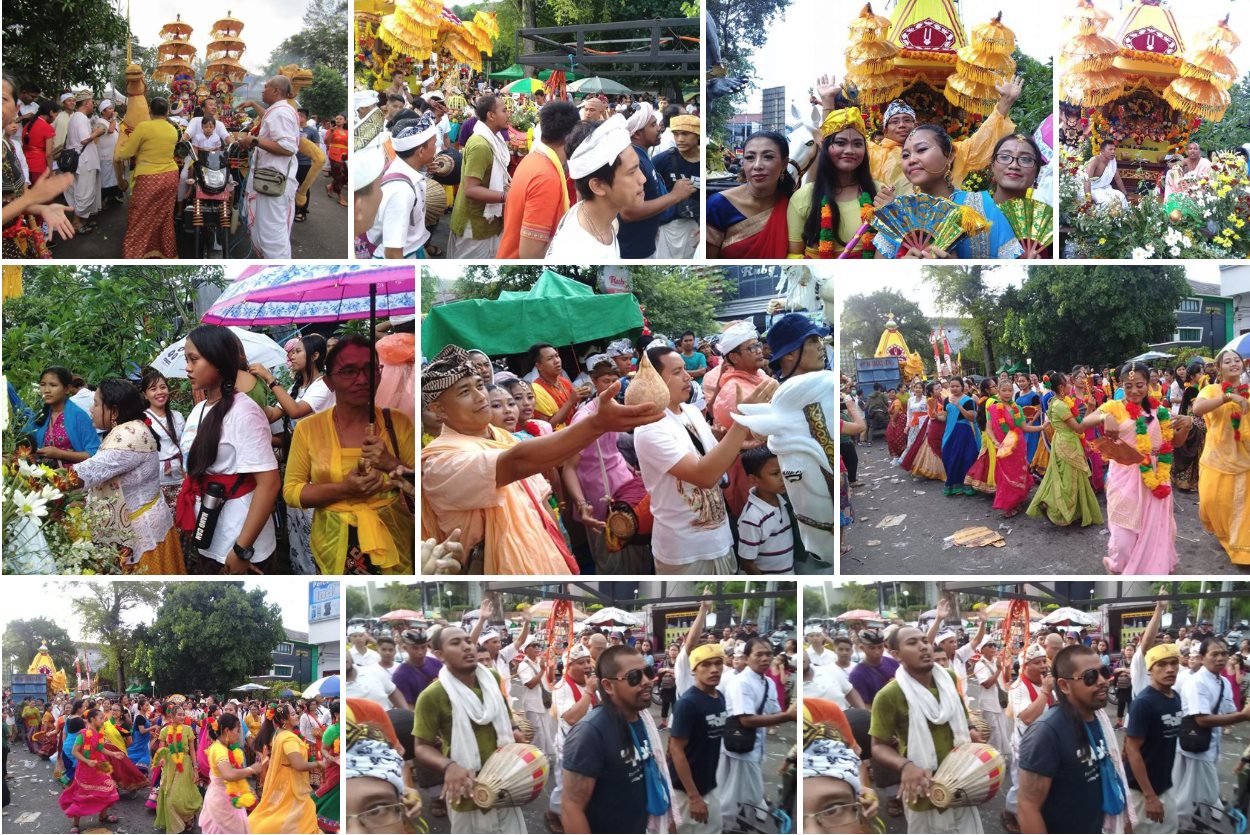 The month of March brings Nyepi – the day of silence throughout the whole of Bali. In the Balinese lunar calendar (Saka), Nyepi is New Year’s Day. It is a day wholly dedicated to rest, staying in, turning off the lights and keeping quiet for 24 hours. It is one of the biggest and most unique ceremonies of the year, where staying in and resting is enforced by law. It is practiced island-wide where the Balinese dedicate an entire day to introspection and spiritual cleansing.

No businesses are open, no transport is allowed on the roads (except for emergency services) the airport even shuts down for 24 hours. Nyepi is a sacred day to give the island a break from 364 days of human activity, so Bali can replenish and recharge for the new year.

The famous ogoh-ogoh parade takes place across the island. Large lifesize scary creatures depicting evil spirits and monsters are made as a village group effort for weeks leading up to the ogoh-ogoh parade. Balinese men and boys carry the large handmade creatures through the streets accompanied by gamelan music. All Hindu communities including Bali, Jember, Tolai, Lombok, Batam, and many other areas in Indonesia carry out this festival.

“Make the Ratha-yatra festival very great success. This will be a great introduction in your city and people will appreciate it” SPL to Syamasundara, 4th May, 1967.
Devotees who reside in Lombok Tolai, Jember and Batam also participate in this festival, but dont carry the scarry creatures of ogoh-ogoh. They participate in the form of Ratha Yatra of Lord Jaganatah.

As there was no ratha yatra in Bali, some of the devotees participate to the nearest ratha yatras. They enthusiastically went to Tolai, Jember and Lombok Rathayatras.

Reports came from Tolai that the preparation of the ratha yatra started from early morning, by preparing the paraphernalia of the festival. They also made many varieties of cakes and cookies that were offered to the lord and would be distributed during the festival. The festival started In the evening and devotees lead by Sridar prabhu sang Hare Krishna Maha Mantara loudly. Prasadam were distributed to the people throughout the parade.

Meanwhile in Jember, Sundar gopal prabhu lead the kirtan. Some devotees from Bali also participated in the parade. The parade lasted until midnight. Fired up kirtan also shook Mataram, the capital city of West South East Nusa. The kirtan was led by Premadhana prabhu, and Vedavyas prabhu.

On the west part of Indonesia, in Batam city, the Balinese community started the parade after the evening ceremony. Devotees in batam lead by Samudra Sena Prabhu led the ratha yatra kitrtan around the city and distributed 1,000 packages of rice prasadam and distributed Srila Prabhupada’ books. All the devotees were very happy after the ratha yatra.

“I thank you all very much for making the Ratha-yatra festival so successful. Please convey my gratitude to all the boys and girls who participated in this great transcendental service”. SPL to Upendra, 4th July, 1968
Jay Jagannath, Jay Balaram, Jay Subadra devi,
All glories to Srila Prabhupada

Grihasta SEMINAR by GVTeam (playlist of 5 videos)
A 450 Year-Old Deity of Lord Caitanya (Album with photos)...