How to be positive in all circumstances 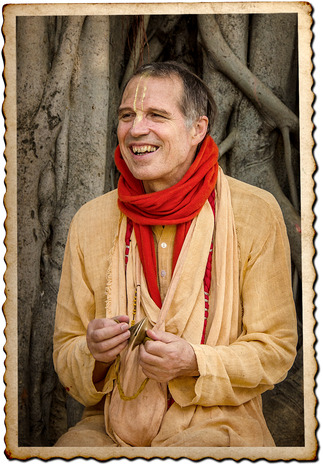 How to be positive in all circumstances – the third perspective.

It is not enough to maintain physical hygiene – we need to take care that our mind and our heart remain pure. Srila Bhaktisiddhanta Sarasvati Thakura once said, “Negativity will only control you if you allow it to enter your mind.” In other words, if you think negatively, if you always look into the abyss, the abyss will stare into your face. This is very important. On the other hand, if we think that everything is possible, everything will be possible for us – because we will attract these things into our lives. Some of you might say, “it’s not possible to be that positive!” However, if we look from the spiritual perspective, we can see something very nice. One of the greatest bhaktas, Sri Prahlada Maharaja, gives us a good example.

Because of Prahlada’s Krsna Consciousness, his father Hiranyakasipu became his enemy and tried to take his life. He threw his son into a cave full of poisonous snakes. But Prahlada Maharaja saw Krsna everywhere and thus the snakes were reminded of Ananta Sesa and became friendly towards him! Hiranyakasipu then had his son thrown in front of mad elephants that were made to attack Prahlada. But when they approached Prahlada, who thought of Krsna all the time, the elephants carefully picked him up and placed him upon their heads! Finally, Hiranyakasipu had his little son thrown down a cliff into the ocean and then had demons throw gigantic rocks on Prahlada to make sure he would drown. But Prahlada was so ecstatic in Krsna Consciousness, that he just didn’t notice any of it. And because of his being so much moved in spiritual emotion, the ocean became turbulent and Varuna, the demigod of the ocean was alerted and came to the place where he saw Prahlada vibrating in ecstatic Krsna Consciousness! He personally carried Prahlada out of the ocean onto the beach. There, Lord Visnu appeared to Prahlada to reassure him. After the Lord disappeared again, Prahlada went right to the palace, being very joyful. Hiranyakasipu asked him, “I thought you died in the ocean?” “No, I am here”, Prahlada responded. At that moment Hiranyakasipu first felt deep panic, then a lot of anger. He became filled with hatred. However, Prahlad Maharaja thought, “He must be joking with me – after all he is my father.” Prahlada just did not have this negative perspective! And for the same reason, he prayed to Krsna with deep faith and thus the Lord appeared in the moment when Prahlada really needed help.

My dear devotees, keep your heart pure. When there are difficulties in life, turn to Krsna and pray to Him.
From a lecture by Sacinandana Swami in Zagreb, Croatia, Jun. 10, 2016