Telangana Padayatra On The Road Despite Hurdles 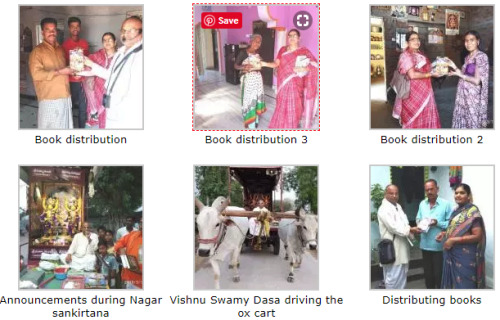 Since December padayatra has been back on the road in Telangana, a state in the centre-south stretch of the Indian peninsula. The padayatris are currently in Nizamabad district where the Nizamabad ISKCON centre president, Harikirtan dasa, is extending his cooperation to us and informing all nearby centres about us. The local congregation devotees are joining padayatra and welcoming us and offering us prasadam.

An appeal to join padayatra

We have fewer padayatris than before but the programme is still going on very well. With the help of congregation devotees, we are walking and carrying out our preaching mission. I had taken a six-month break as padayatra leader for family reasons, and during that time padayatra was under the leadership of Srinivas Sevananda. There is a scarcity of devotees for padayatra, with only two there at present. Now I am a guest only, but I will try to spend at least ten to fifteen days with the padayatra until a good team can be formed. You are invited to join this padayatra and serve the mission of Caitanya Mahaprabhu and Srila Prabhupada.

Conference on Science, Religion and World Peace: A tribute to…