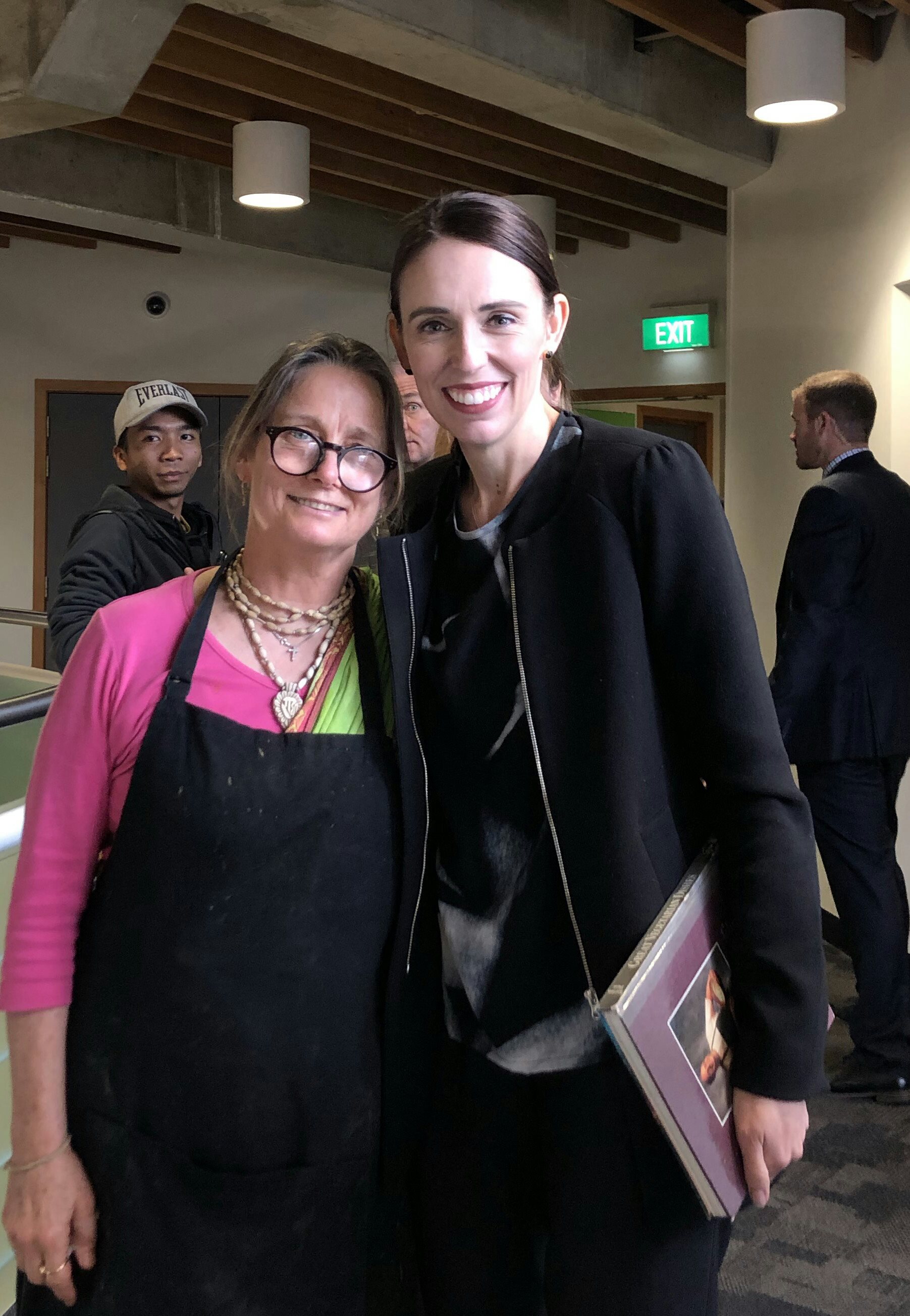 Yesterday in Dunedin New Zealand’s Prime Minister Jacinda Ardern was visiting a local Mosque to comfort and reassure the Local Muslim Community after the recent terror attack in Christchurch where 50 Muslim Worshippers were brutally murdered while praying.

She then made her way to The Otago University Clubs and Societies Building where ISKCON Dunedin holds their Krishna Lunch Program.

As the Prime Minister walked up the stairs Jahnava Mata dasi the Krishna Lunch coordinator greeted her with a smile and a copy of Kurmas Great Vegetarian Dishes which she graciously and thankfully accepted.

Says Jahnava Mata dasi: I thanked her for her brilliant leadership and compassion.

To which she replied: I would like to think it’s what any decent human being would do.

I said you’re more than a decent human being and then she just smiled and gave me a big hug.

She also acknowledged our efforts and was happy to have a photo taken to remember the occasion.

I was left feeling honored and inspired by such a genuinely compassionate and incredibly intelligent Leader.

Oh and of course we gave them prasadam.

ISKCON Temple, Jaipur: A Window To The Spiritual World
Apartment for sale in Vrindavan