Reach for The Stars 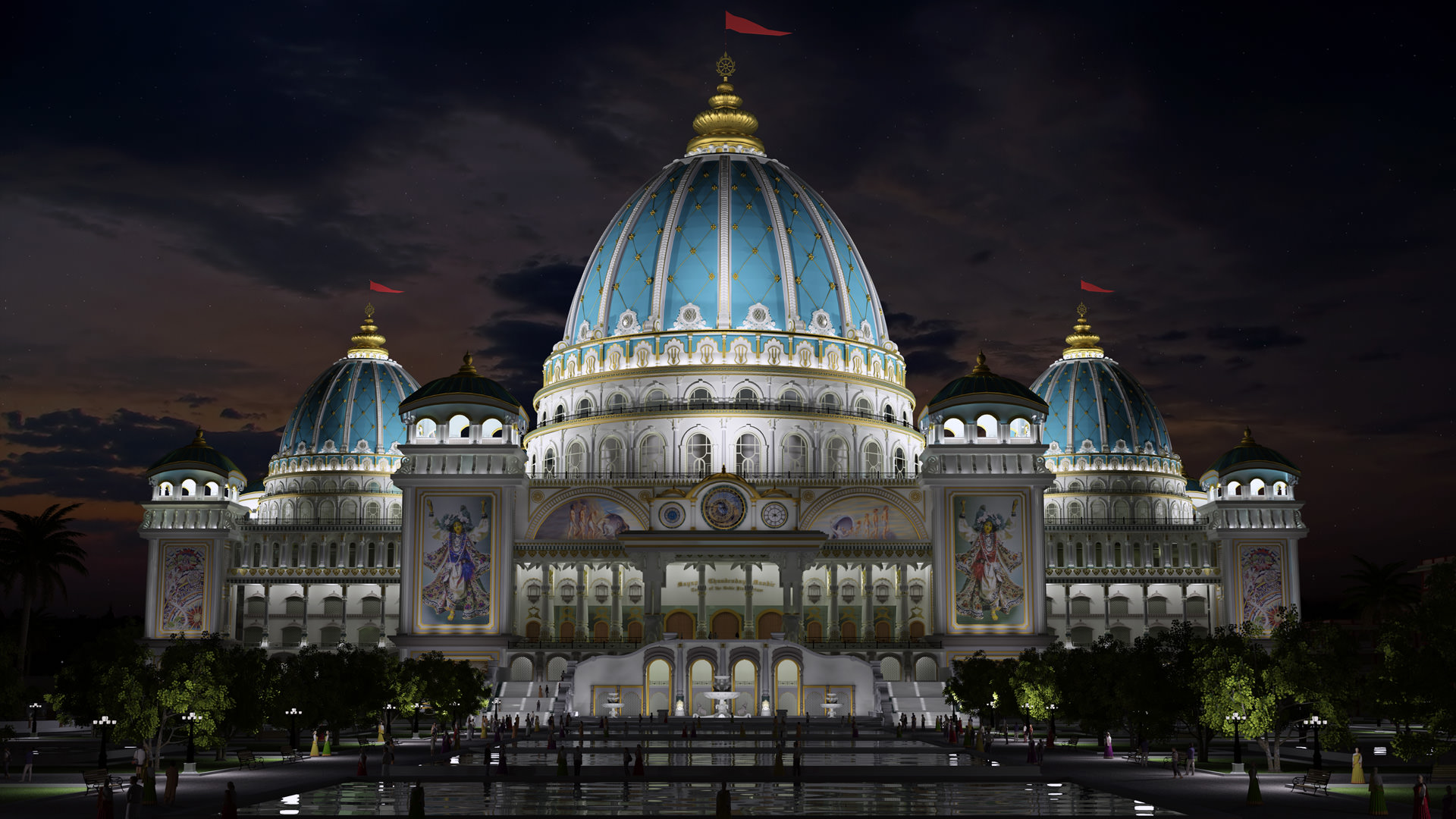 It’s a routine Wednesday lunchtime and I need to step outside my central London office to get some air. I stand and scoop up the eye-catching carrier-bag under my desk, draping it over my keyboard like a colourful altar-cloth while I put my coat on.

Not the T-shirt, just the Shopping-bag

This is no ordinary shopping-carrier.

It hails from the Indian city of Mayapur, spiritual capital of the world, and it depicts the vision that founder of the Hare Krishna movement, Srila Prabhupada, had for a unique ‘Temple of the Vedic Planetarium’ to be built there
to showcase the Vedic perspective on life with a gigantic display of the material and spiritual worlds all under one great roof.

That’s a lot to go on a shopping-bag.

The sacred city of Mayapur was the first stop on our recent ‘Mystic India’ tour (organized by a team from Bhaktivedanta Manor in the UK), and so I spent 4 days close by this beguiling planetarium, which is, as yet, partly under mysterious wraps
as it undergoes its final few years’ assembly work. While I don’t normally buy tacky souvenirs (especially not gaudy bags!), this is no ordinary temple.

As part of a tight-knit twenty-five strong tour-group, I got to witness first-hand how ToVP’s precision-engineered outside is shaping up oh-so beautifully, and lo, (let’s forget about the bag for a moment), we beheld – in spellbound awe – how
the mammoth temple’s structurally perfect, if still bare, interior bones hint at finer architectural detail yet to come.

This huge-scale construction project is slowly but surely emerging as the concrete realisation of Srila Prabhupada’s crystal-clear vision, and it’s guaranteed to fire up your imagination.

Although when you’ve just arrived, jet-lagged, from another continent (it took 2 flights and 1 very bumpy bus-ride to get here), it can take a bit of time to assimilate something so hugely significant. Plus, as anyone who is no good at living out of a
suitcase will attest, when you’re touring a strange country, it’s the small things that, temporarily at least, assume monumental proportions. Your life falls apart and comes together again cyclically throughout the day depending on whether you can
(or cannot) find your passport, money, phone or room-keys, leaving you with a perhaps diminished capacity to wrap your head around the concept of a 3-dimensional, moving model of the universe as portrayed in the Vedic scriptures. 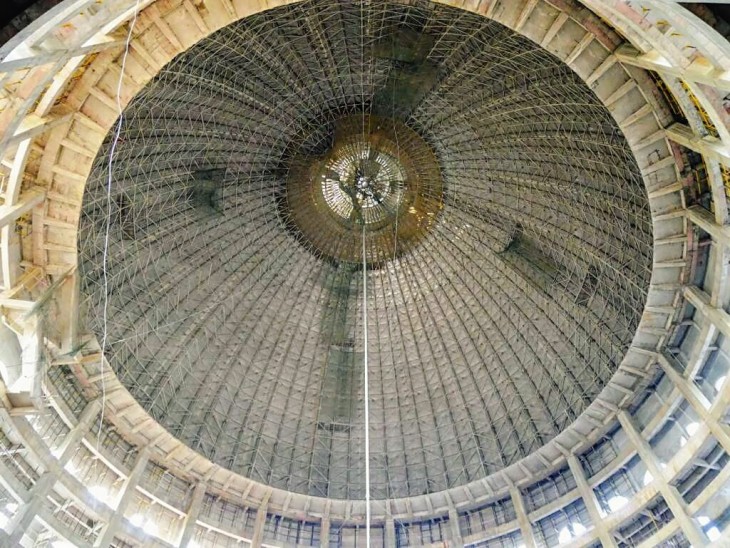 Reaching for the Stars

Nevertheless, while pivotal building work went on in and around the future planetarium, we managed, to, quite quickly, overcome travel fatigue enough to roam freely around Mayapur’s temple complex, fully embracing its spiritual life-style as we immersed
ourselves in the rarefied atmosphere of those shrines and sanctuaries already surrounding ToVP. We were mesmerised by sacred music and impressively larger than life deities in Sri Panchtattva Temple main hall.

How we marvelled at Srila Prabhupada’s Pushpa Samadhi Mandir – a celebrated memorial shrine to the Hare Krishna movement’s founder, and the largest of its kind in India.

In the morning we paid close attention at Srimad Bhagavatam scripture classes, and when afternoon turned into evening we sang sacred mantras and danced, coming face-to-face with elephant processions, as we moved to drums beating to the rhythm
of these magnificent creatures’ hearts.

Each measured beat brings ToVP slowly but surely nearer to its glorious completion.

But as all-the-while skilled craftsmen laboured deep within Temple of the Vedic Planetarium’s vast interior to prepare it for a colossal yet detailed representation of the cosmos, my own Indian technical challenge was slightly more small-scale,
as I struggled to charge my smartphone in my nearby guesthouse room. Even when fully inserted, the prongs of my two-point adaptor-plug were unable to maintain any meaningful enough alignment with Indian plug-socket innards to induce that vital transfer
of energy for more than a few flickering seconds. Gravity, or some other (malign) force was sabotaging any carefully induced contact almost as soon as it was made. While the domes of Sridham Mayapur continued to reach ambitiously for the
skies, my phone ran dangerously low. 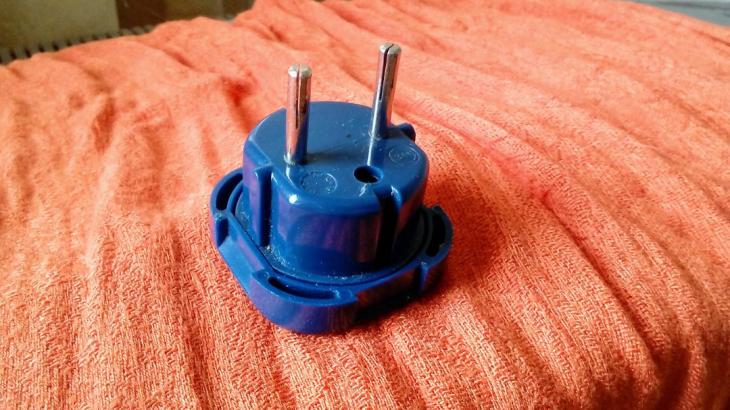 So, as workmen toiled diligently to assemble the new multi-level planetarium, I worked on my own mini-structural engineering scheme. Leaning my bed-mattress against the wall, I placed a couple of note-books on its top edge, crowning this edifice with
a chocolate biscuit packet of perfect height and with just the right degree of suspension to hold the adaptor-plug delicately in place. While it’s not as intricate, challenging or  aesthetically gratifying as placing planetary systems in the
shape of an incredible chandelier, something crucial nonetheless hung in the balance. It was touch and go, and, of course, when night fell I needed that mattress to sleep on. I had to make tough choices.

Even as all this elaborate on-site construction work continued, so did the more abstract tenets of devotional life in the wider sense. And so we duly woke up one day to Hindu fasting day Ekadashi. When Mayapur complex’s vegetarian restaurant – rightly
– declined to serve anything with grain or beans, I followed a more savvy companion’s suggestion to order *chips with fried peanuts for breakfast (NB *Fear not, this is delicious). A light lunch of chips (with select garnishes) and a quick supper
of chips (with chips) is no ideally balanced diet plan. But this small degree of denial was (hopefully) a step in the right direction towards elevating my spiritual consciousness – without in any way warping a time-honoured and transcendent fasting
programme into a lame excuse to eat chips all day. (NB must plan ahead better next time.) 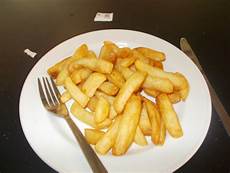 Not the Best of (Structural) Planning

When you see something new to you, it’s only natural to weigh it up against something you already know. Just as an American might compare ToVP with the White House (at least architecturally!), I, as a long-term resident Londoner, inevitably compared
ToVP’s domed silhouette with that of St Paul’s Cathedral. But even your perception of something as grandly archetypal as our capital’s most striking Anglican house of worship can, at times, be clouded by your own subjective reality. Once
upon a time, many moons ago, I had to get off the tube at St Paul’s station on week-days (for 8 whole years) in order to get to work. To me, the sight of Christopher Wren’s resplendent creation soon came to herald little more than the onset of daily
grind.

And when, on state occasions, the Royal Family came to visit, and security barriers were, by necessity, erected at the cathedral’s front, it meant I had to make a detour round its back. This *minor inconvenience added at least 2 minutes to my walk to
work (*major in London terms). I would briefly resent the Windsors for invading what was, indisputably, much more my regular work-patch than theirs. 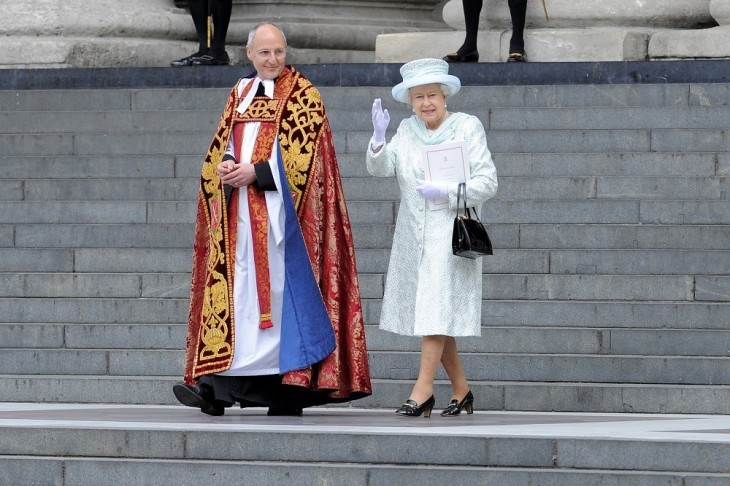 It’s been a long time since I worked near St Paul’s (and I can just about appreciate its grandeur again without any malingering clouds of misplaced preconception). So it’s all water under the (millennium) bridge.

Water under The (Millennium) Bridge

Back in the here and now, I pick the ToVP carrier up from my keyboard and step out straight into the heart of London’s Bloomsbury district, a quietly lush and verdant location that is home to numerous prestigious cultural, intellectual, and educational
institutions. It is one of life’s (many) coincidences that ‘Bloomsbury Dental Practice’, at very close-by 7 Bury Place (near the British Museum), was the original London Radha Krishna Temple, founded by 6 devotees from San Francisco’s Radha Krishna
Temple in the late 1960s, when Srila Prabhupada sent them to establish a UK branch of the Hare Krishna movement.

Then and Now – 7 Bury Place

Srila Prabhupada gave his first ever UK public lecture at Conway Hall, on Red Lion Square, just opposite where I now work. 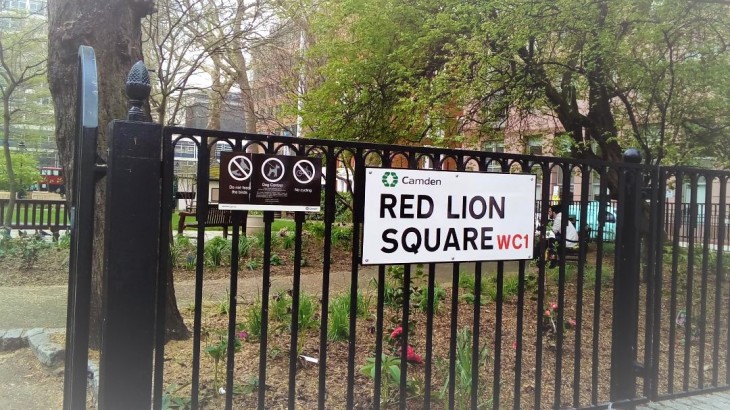 You could say I spend my working week on original UK Hare Krishna turf, (even if I, sadly, never see bejewelled elephants parading past).

But wouldn’t it be grand?

Meanwhile, it doesn’t matter if folks go and get their teeth fixed at 7 Bury Place these days, because London’s Radha Krishna Temple is now snugly housed in Soho Street, just off Oxford Street, Europe’s busiest shopping boulevard – so it really couldn’t
be any more visible in the metropolis.

If the bag I am now carrying around Bloomsbury depicted Taj Mahal, not ToVP, it would be instantly recognisable as a definitive symbol of India. However, for now, only people already ‘in the picture’ would be able to correctly place ToVP’s
image. This state of affairs should change dramatically when the temple is completed in 2022.  As Srila Prabhupada said: “My idea is to attract people of the whole world to Mayapur.” The ultimate planetarium’s exterior image will be
etched indelibly on the collective consciousness of both Eastern and Western hemispheres.

Plus, our group visit to the iconic TAJ MAHAL a year ago proved something of an anti-climax. (India’s so-called greatest love symbol lacked, it
seemed, the kind of real ambiance we found in much more obscure and far less polished places of worship.) By contrast, we all quickly developed an emotional attachment to ToVP! It was pretty much love at first sight. 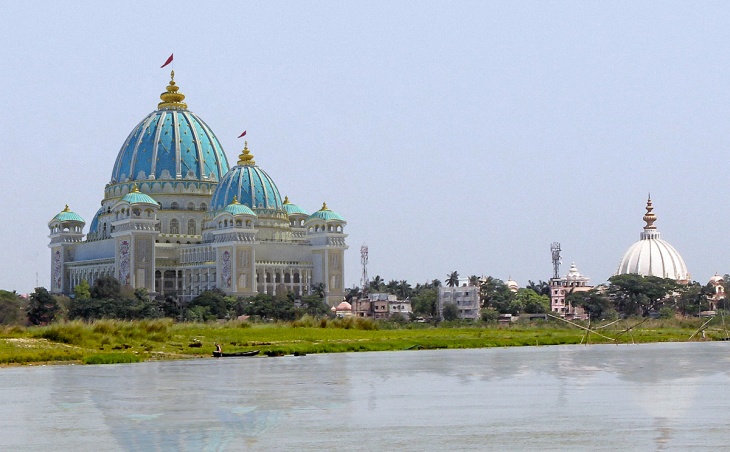 And as we left Mayapur on our trusty tour-bus, the last trace we saw of this sacrosanct city was ToVP’s celestial outline, encircled by nothing but clear blue sky, its surrounding space, (unlike that of poor old St Paul’s) as yet unblemished
by the functional frameworks of any nearby office-blocks, shopping centres or high-rises (hopefully this will never happen).

Because, even as it recedes into the distance, ToVP stands symmetrically domed and high as a monument to sheer otherworldly perfection. Happily, its location is far too exotic for me to ever – in any way – associate this holy place with the drudgery
of urban life (and, in pulling away on that bus, I concede in hindsight that it never really mattered to what percentage my phone was charged in Mayapur, nor, as it happens, did the amount of chips I may have eaten in one day). When ToVP’s last finely chiselled feature falls into place, the minutiae of daily life around here (and miles away) will be, if not subsumed by a much bigger picture, then at least put into far clearer perspective.

Upon completion, ToVP will usher in a real ‘New Age‘ that will give us a fresh viewpoint, and who knows, perhaps fine-tune us into wavelengths and frequencies that we hitherto haven’t had the instruments to receive, maybe even enabling
us to access unseen realms of peaceful spiritual power.

The group consensus is that we owe it to ourselves to go back when ToVP is fully-formed and all buffed-up to perfection, (even if it does mean 2 connecting flights and 1 bumpy bus-ride again). We’ll get there and we’ll wait for the whole world
to descend.

Touring Ramesvaram The Land Of Lord Rama
Do the math!

Why does devotion need to be exhibited publically?