Is a devotee also an eco-warrior? 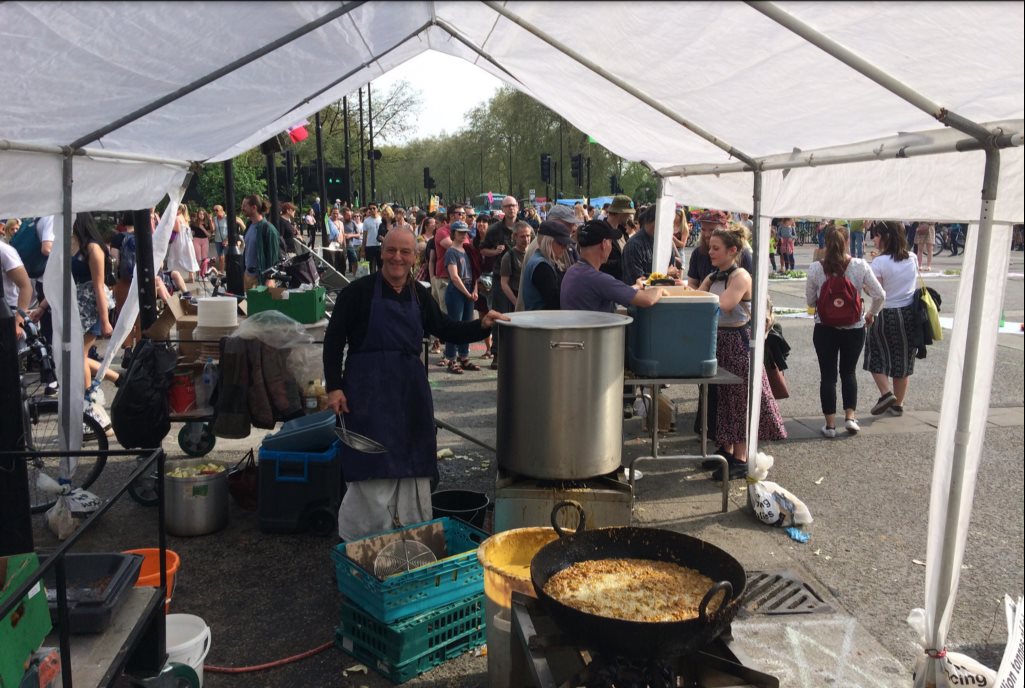 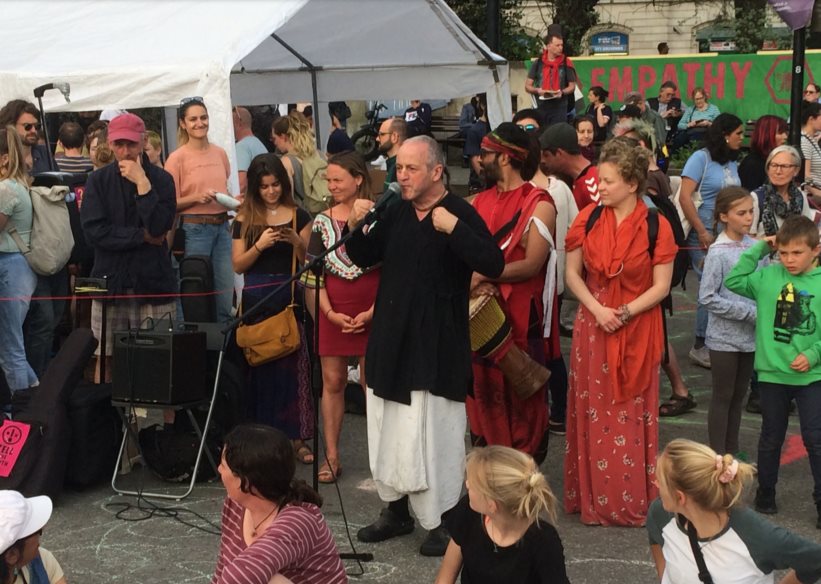 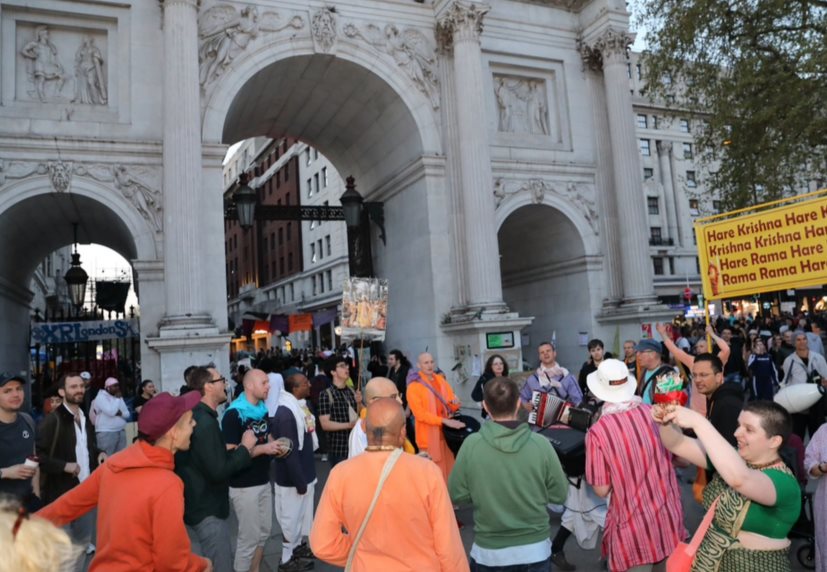 For the last 11 days and nights a massive eco demonstration has taken place around the planet, here in London 5 main traffic arteries have been blocked by concerned activists and over a thousand people arrested. Hitting the headlines of every newspaper, constantly covered by every form of media, and now supported by many politicians, school children and community leaders.

So what has that got to do with Krishna Consciousness? We are not environmentalists or eco-warriors!

But how to deliver Lord Caitanya’s message? One of our 3 main activities is Prasad distribution and if we use Polystyrene plates we have almost no chance of being heard. So environmental policies need to be in place.

“For one who sees Me everywhere and sees everything in Me, I am never lost, nor is he ever lost to Me.” BG 6.30

As Vasinava devotees, followers of Srila Prabhupada, understanding the first step in God realisation and the Universal Form, Visva Rupa, we are duty bound to respect the environment.

Simple things like recycling, composting, biodegradable plates are a must or no intelligent person will take us seriously.

The photo of our team was taken at Noida, Delhi, on our journey to Ganga Sagar. Only 30 years ago the Yamuna river was blue and even drinkable.

What will India look like in another 20 years, will there be any place to live and any water to drink?

The Extinction Rebellion, has a policy of no drugs or alcohol at their events and campsites, non-violence action is the policy and many of my friends were involved in the decision making, so when I was approached for support, well count us in. Each day we send out five rickshaws full of delicious Prasad to each of the five locations, plus a Kirtan party and sometimes cooking on site. The Extinction Rebellion is a party with a purpose and attracts intelligent considerate young people who are prepared to make a sacrifice for a higher cause, we just have to deliver Srila Prabhupada’s Peace Formula and walk the talk.

It is easy to say, we are not an environmental organization and continue shopping at the supermarket. Srila Prabhupada is a revolutionary and his “simple living, high thinking” philosophy is in urgent need of implementing on a massive scale.

For one who sees Me everywhere and sees everything in Me, I am never lost, nor is he ever lost to Me. BG 6.30

A Report on The Glory of Saurashtra – ISKCON Rajkot Temple
Om Times Magazine. HH Sivarama Swami was the main feature of the...

One Response to “Is a devotee also an eco-warrior?”