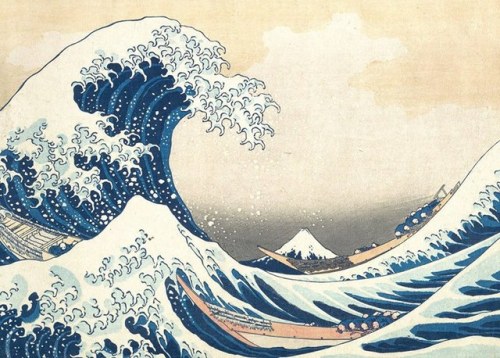 Waves of Time.
Kadamba Kanana Swami: In the Eleventh Canto of the Srimad Bhagavatam there is a chapter entitled the Bhumi Gita – the song of the earth. The earth is explaining, “So many have tried to possess me, to control me, lord it over me. And now what remains of them? Only names.” So we see that influence of time which destroys everything and takes everything away. It is painful to lose one’s influence, to lose one’s power. It is painful to become old, but there also is an advantage, if one is engaged in devotional service. In material life there is not much advantage – one gets some grey hairs, one gets a little experience. One can say a few wise words, before one starts mumbling and goes senile. In India sometimes they say, “He went into samadhi.” Some do go into samadhi but some also lose it over time. That is the nature of time.

But in spiritual life it is different. In spiritual life we are gaining over time. Time means more devotional service and more benefit from devotional service. That is one thing. Also, this dynamic of time that destroys everything eventually makes us detached. At first we try to hold on, but it does not work and then we let go. At one point we give up and say, “Forget it.” The influence of time is taking away our opportunities to be involved in so many things in this world, and one becomes aloof. This platform of being aloof is very important.

In the Fourth Canto of the Srimad Bhagavatam we see the pastime of Dhruva Maharaja. Dhruva wanted to climb onto the lap of his father and it was not only his step-mother who stopped him; it was also her son, Uttama. Uttama was already sitting on his father’s lap and pushed him down. So Dhruva was not only upset with his step-mother; he was angry with both and that anger was burning. He performed his austerities and became self-realized and came back totally aloof. He met his step-mother who could see that Dhruva harbored no ill feelings towards her and she was amazed. He offered obeisances to her and she blessed him. But then we also see by the arrangement of the Lord that his step-mother dies somewhere in a forest fire, and Uttama is killed by the Yaksas. Dhruva’s anger emerges again and this time it may be slightly nourished by guilt feelings, because he was the one who desired that his brother is punished. He feels a little responsible and to sort of wash off the guilt feeling, he punishes all these Yaksas, killing them the celestial weapons. He is about to wipe out all the Yaksas.

Then it is said that the two elders who are normally completely aloof appear. One of them is Svayambhuva Manu and the other is Kuvera. These two elders on exceptional occasions get involved in the material affairs. Normally they do not, since they are detached and aloof and absorbed in the Supreme Personality of Godhead. They give Dhruva good advice and instruct him to stop the killing. It is very potent, because they are very deep and constantly concentrating on the Supreme Lord. So it is very valuable when in one’s old age one becomes detached. And if in one’s old age one has not become detached, then one should, because at that detached stage one can focus and absorb on the Supreme Personality of Godhead. That is not only beneficial for the individual but beneficial for society at large – and not only beneficial, but it is also essential.

Significance of Deity service (video)
The magic mantra which has helped millions of people MEDITATE...
Tagged under: Nectar