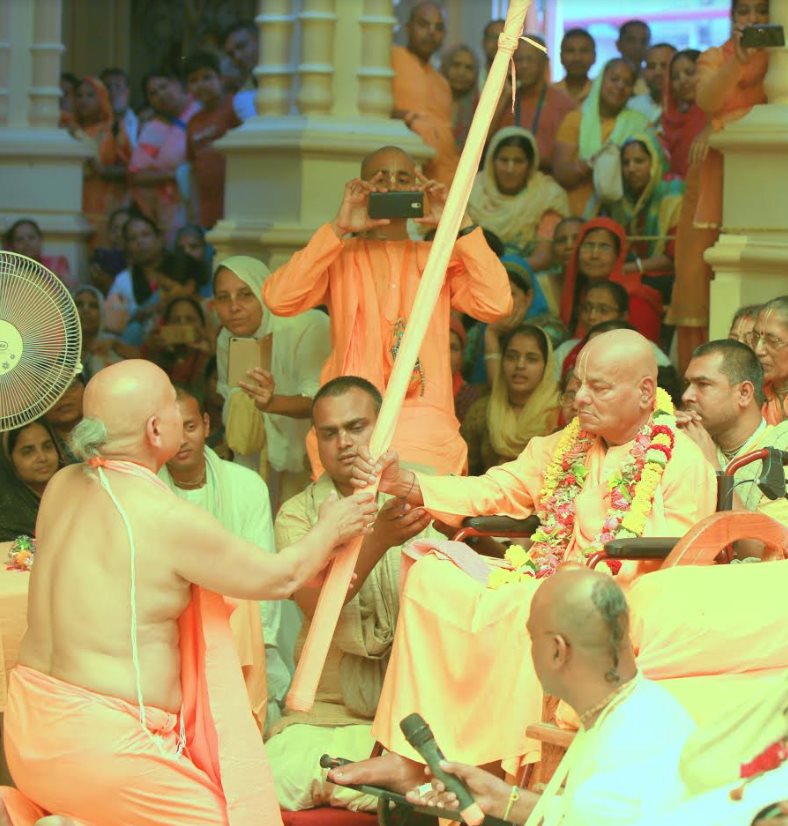 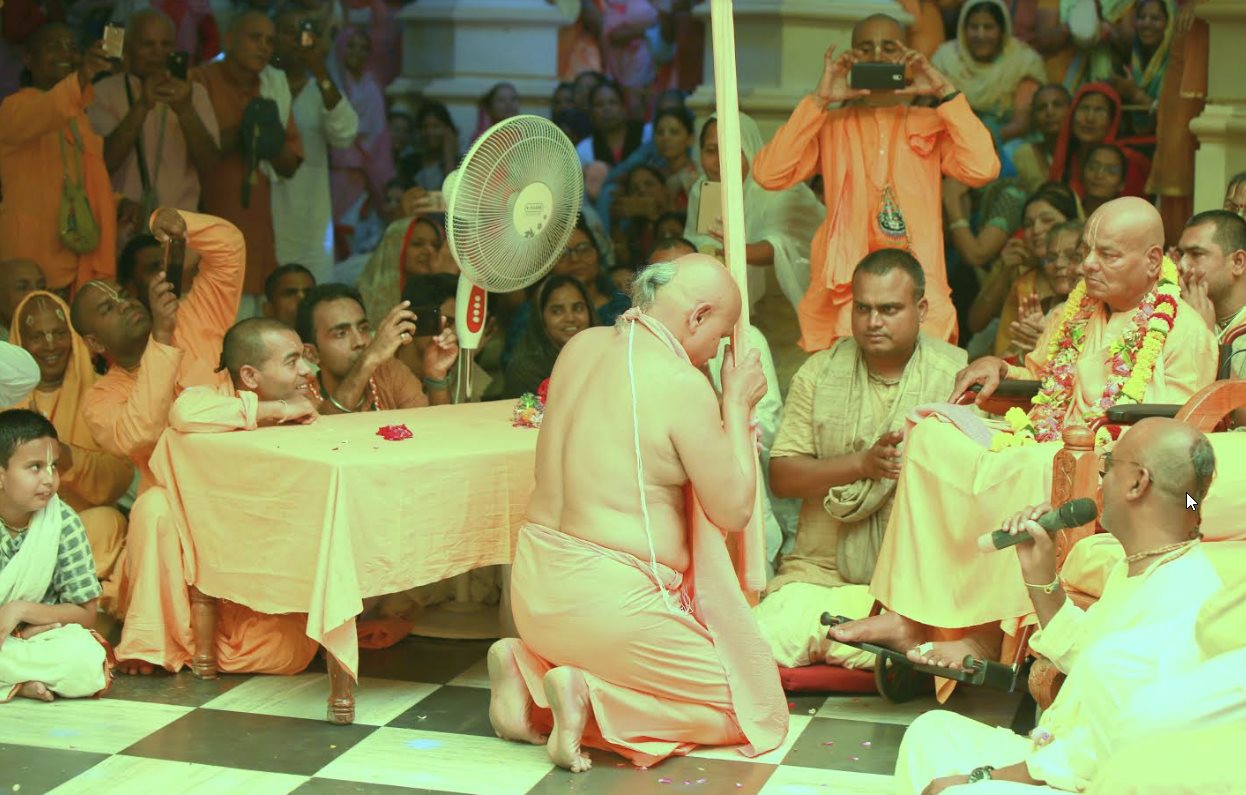 HG Vrindavan Chandra Prabhu is one of the senior stalwart disciple of HH Radha Govinda Dasa Goswami Maharaj. He is simple, sincere and dedicated devotee who has served ISKCON in various capacities for many decades.
Sannyasa is the renounced order of life accepted by many followers of the Gaudiya Vaishnava tradition. A sannyasi is one who works without attachment. A sannyasi’s only interest is dedication to devotional service.

Srila Prabhupada states in purport of BG 9.28:
Anyone who has no other interest but to dedicate his life to the service of the Lord is actually a sannyasi. Such a person always thinks of himself as an eternal servant, dependent on the supreme will of the Lord. As such, whatever he does, he does it for the benefit of the Lord. Whatever action he performs, he performs it as a service to the Lord.
ISKCON Vrindavan temple president, HG Panchaguada Prabhu addressed the devotees saying, “It is an honour to have so many dedicated Vaishnavas who are taking to Sannyasa order of life. We read Chaitanya Charitamrita and see all the followers of Lord Chaitanya Mahaprabhu singing, dancing and chanting together. It is Srila Prabhupada’s mercy that many Sannyasis from Vrindavan are preaching all over the world.”
HG Vrindavan Chandra Prabhu entered Sannyasa ashram in the presence of ,HH Prabodhannada Saraswati Swami , HH Bhakti Dhira Damodar Swami, HH Bhakti Vasudev Swami , HH Bhakti Ashraya Vaishnav Swami , HG Panchgauda Pr (ACBSP), HG Kratu Prabhu (ACBSP) and many other senior devotees. All of them glorified HG Vrindavan Chandra Prabhu for his humility, simplicity and his command over shastras.

“In every town and village, the chanting of My name will be heard.”
Srila Prabhupada fulfilled this desire. I am very very thankful to Srila Prabhupada for fulfilling this desire of Lord Chaitanya. Still there are many villages and cities where the names of Chaitanya Mahaprabhu has not been spread, hence there is a need to preach by giving up all material bondages. One who does not have the responsibilities of family, society and country can dedicate his time for preaching and Sannyasi is such a person. It is great pleasure and pride that Vrindavan Chandra is taking Sannyasa.”
HH Radha Govinda Dasa Goswami Maharaj gave Sannyasa dress to HG Vrindavan Chandra Prabhu. After changing to Sannyas robes, HG Vrindavan Chandra Prabhu received Sannyasa Danda and was named HH Vrindavan Chandra Dasa Goswami Maharaj.