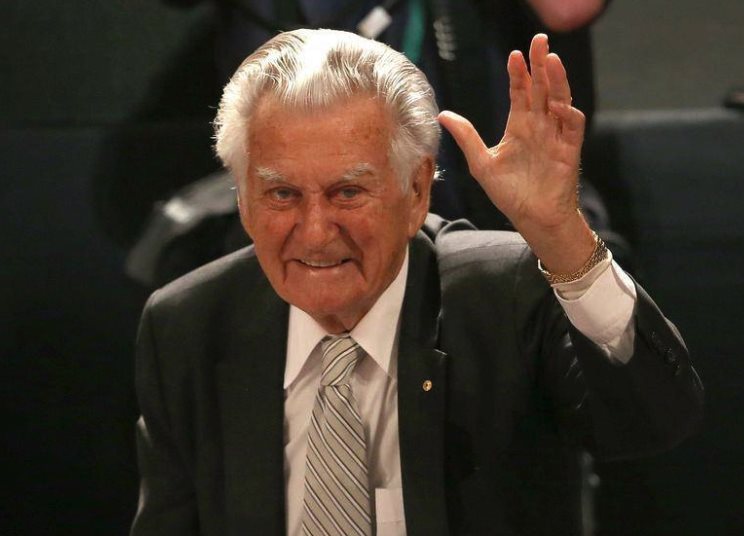 News of the peaceful death of former Australian prime minister Bob Hawke on May 16th at the age of 89, has evoked praise of the charismatic leader. Dominating Australian politics in the 1980s, he is credited with introducing universal healthcare, modernising the economy, floating the dollar and of achieving the highest approval ratings of any Australian leader while in office from 1983 to 1991. A lesser known achievement is his 1987 intervention to help free the Hare Krishna devotees from state persecution in the USSR.

The Committee to Free the Soviet Hare Krishnas, led by Kirtiraja Prabhu, coordinated an international campaign in the mid 1980s to bring attention to the KGB’s harassment and internment of Hare Krishna devotees in Soviet prisons, labour camps and psychiatric institutions.

Our Australian campaign included protests in front of Soviet embassies in Sydney and Canberra in 1986, as well as a national bus drive throughout 1987 to collect a million signatures.

At the time I was a 12-year-old gurukula student at our New Govardhana community in Murwillumbah. Hearing of the Soviet devotee’s persecution I wrote a letter to the President of the USSR Michael Gorbachev to express my dismay and request the devotees release. The letter attracted a lot of attention in Australia’s print and broadcast media. In addition to sending it by post, I also read it out to the media at Soviet embassy demonstrations in Sydney and Canberra.

To bring even more public attention to the cause I later recorded the letter as a song, with my school mates singing the chorus “Mr Gorbachev Please Let our Friends Go”. This song was televised on national programs such as the ABC’s “7:30 Report”, and was later released as a single and on an LP by record giant EMI.

In late 1987 while reading a news article about devotee’s hunger strike in front of the Soviet Embassy in Canberra, I noticed another article. Bob Hawke would be visiting Moscow to meet President Michael Gorbachev where he would request the release of Soviet Jewish dissidents, a cause that I later learned that Hawke had long championed. A request to the Prime Minister’s Office (PMO) received a positive response that Bob Hawke was also willing to raise the issue of the Soviet Hare Krishnas with Gorabachev. A letter rushed to the prime minister included the names of some 25 Soviet devotees, headed by Srila Prabhupada’s Soviet disciple Ananta Santi Prabhu whose release had been a key focus of the campaign.

Within days of Bob Hawke’s Moscow visit several high-profile Soviet Jewish dissidents received phone calls confirming that they would be allowed to immigrate to Israel. Soviet Hare Krishna devotees were also freed, beginning with Ananta Santi Prabhu, who I spoke with by phone shortly after his “sudden” (his words) release. I later shared an account of these events in an interview on the ABC’s Good Morning Australia program.

The Sydney Morning Herold reported Hawke’s role in securing the release of the Soviet Hare Krishnas in an article published on December 9th, which happened to be Bob Hawke’s birthday. Another article reported that the Hare Krishnas had declared Hawke, famous for his larrikinism, a saint. Hawke’s parliamentary colleagues, I am told, mirthfully sang “Happy Birthday Saint Bob”.

The eventual release of all the Soviet Hare Krishna devotees in 1988 was the culmination of great effort and struggle by devotees all around the world, not least by Kirtiraja Prabhu and The Committee to Free the Soviet Hare Krishnas. At this time of his passing, I wish to bring attention to Bob Hawke’s little known but significant role, with a humble request that devotees around the world say a prayer for his departed soul.