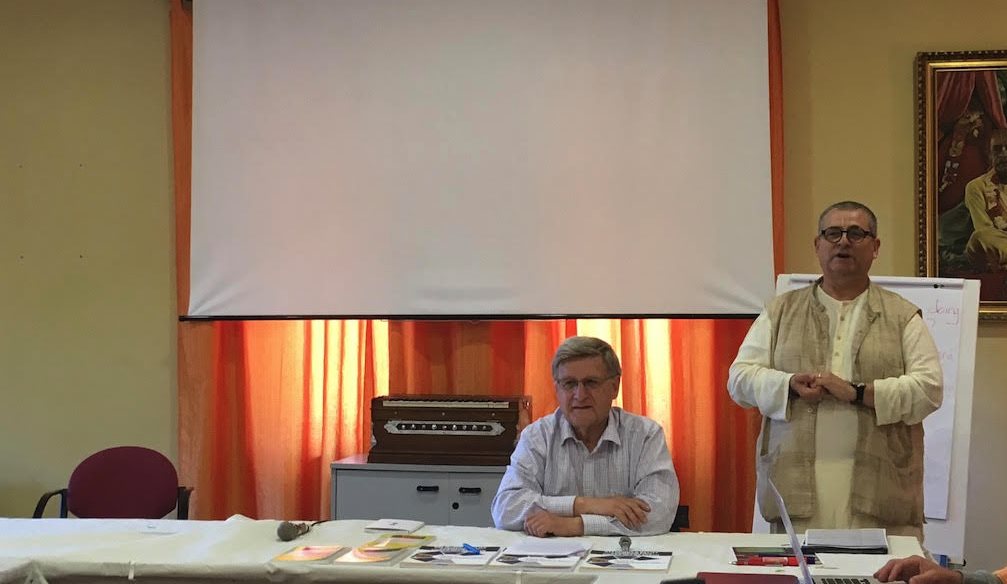 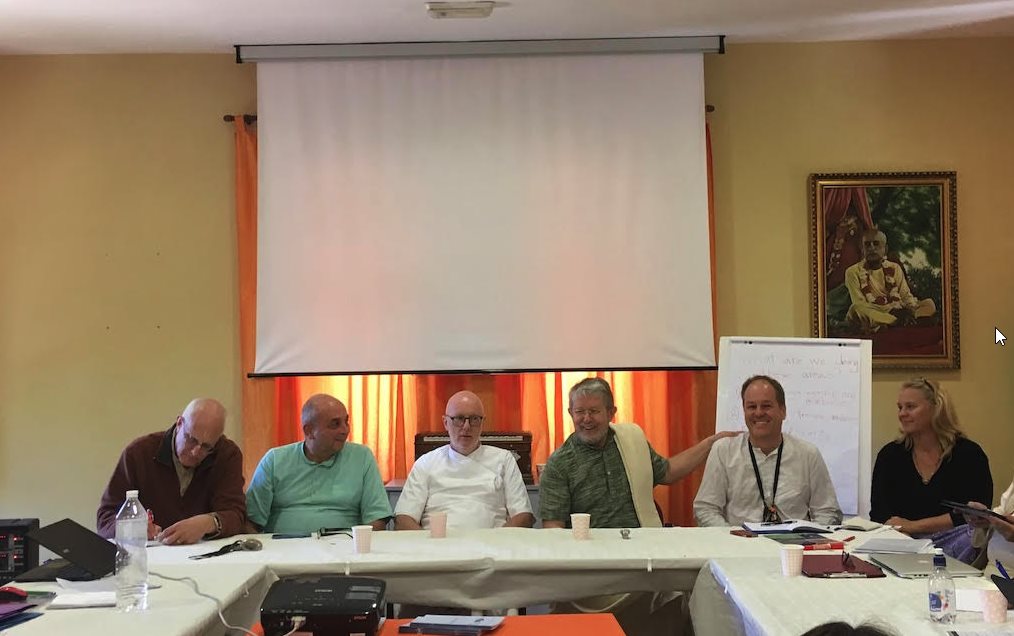 Day Two of the European Communications Conference began with a very relevant and hard hitting talk by Willy Fautre of Human Rights Without Frontiers (HRWF). This led to much discussion about various cases of abuse of human rights on the basis of religious belief and how HRWF has helped. It was also a fascinating opportunity to learn about the importance of PR and lobbying to raise awareness and tackle these issues.

Next was an enlivening discussion where ISKCON leaders from across Europe and the US shared their experiences of using advocacy, engaging with politicians and examples of when this has been successful. Minister for Communications HG Anuttama Dasa emphasised the importance of keeping the following at the forefront of our minds when engaging with politicians: “What is our vision? What is our goal?” whilst HG Gauri Dasa shared how he personally made strides as the new Temple President of Bhaktivedanta Manor, through “engaging with networks of power and having a purpose – just keep showing up.”

After lunch, devotees participated in a workshop to help produce a booklet of guidelines to help ISKCON Temples build relationships with national and local politicians and create advocates.

As part of the Inspiring Country Reports section, UK Communications Director Mina Sharma presented plans for the UK’s 50th anniversary celebrations, sharing a video presentation and an outline of planned events, media coverage, and the inspiration behind the strapline Be A Pioneer, Do Something Extraordinary. HG Krishna Lila Dasi played a moving excerpt from her film The Stolen River, showing how the sacred river Yamuna has officially been classed as dead in Vrindavan with devastating effects, because her waters are being diverted to support the mass production of rice. Krishna Lila urged all devotees to spread the message to congregation members at home and boycott the purchase of rice produced in India (as it is likely to be produced in the area affecting the Yamuna). Next HG Trilokatma Dasa updated devotees on key events in the Czech Republic, including coverage in Forbes magazine about the quality of bread flour produced on the Temple farm. He also updated the group on the exciting developments in Albania, which concluded with the registration of the first centre there. The Russian devotees presented a fascinating report about the fearless advocacy work undertaken in the country, including developing relationships between the devotees and political agencies.

Balinese Youth Get Together To Have A Gita Experience