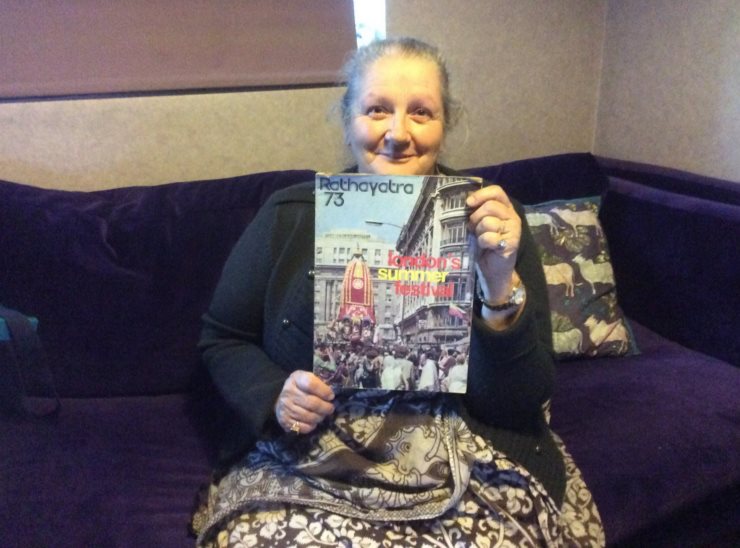 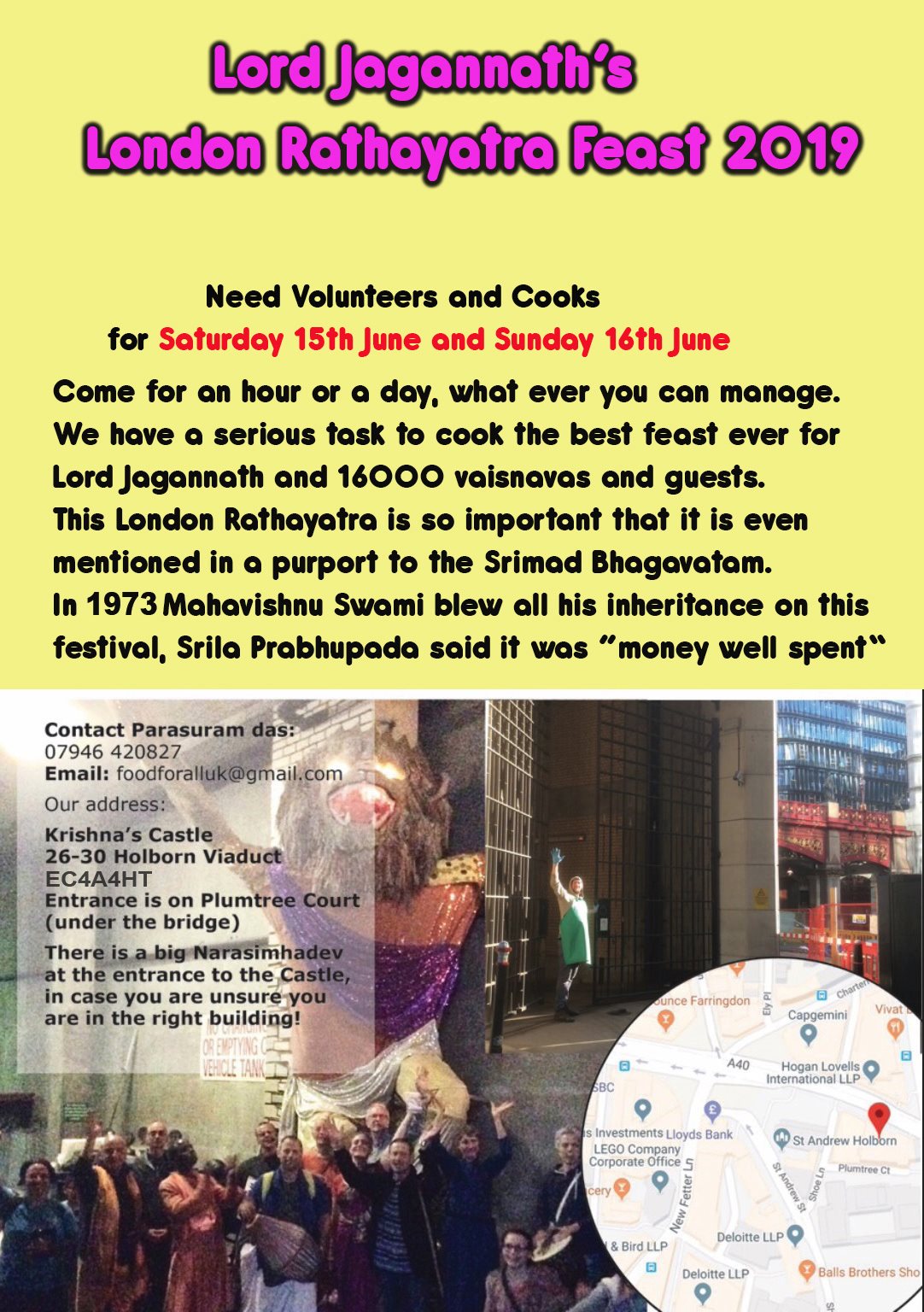 Parasuram das: We are looking for volunteers to help cook the greatest feast ever for the pleasure of Lord Jagannath and his devotees. Volunteers are needed all day Saturday chopping veg and all night cooking Saturday night/Sunday morning.

There is a special gift for all those who help, Srila Prabhupada’s blessings!

“A person who sees the Deities there built by the Lord Himself will easily find the path to reach My abode.” Anyone seeing the Deities of Lord Krshna, Balarama and Subhadra at Jagannatha Puri during their leisure outage of Rathayatra means buying a ticket to reach the Supreme Abode of Vaikuntha, the eternal world of no worries.

“Simply by seeing the Lord on the chariot, one makes advancement for stopping the repetition of birth and death.”

It is said that the participants in Rath Yatra will be blessed immensely by Lord Jagannatha (Krishna) such as:
(1) By the sight of Jagannatha’s merciful large two eye globes, the devotee will be blessed with astute purity of mind and spiritual elevation;
(2) Observing the Rathayatra will dissipate the sins committed by the embodied person in the past births;
(3) The accompanying person in the Rathayatra will receive opulence at par with Lord Vishnu even if he hails from a poor family;
(4) Dancing, singing and chanting in the Ratharatra entourage, the participant will be elevated to a level superior to yogis; and
(5) Active participation in the Rathayatra by any means will receive the utmost blessings of Lord Jagannatha

1973 This was a special year because the Rathayatra was attended by His Divine Grace Srila Prabhupada Founder Acharya of ISKCON. Although Srila Prabhupada was 74 years of age, he chanted and danced throughout the entire procession. He ignored the elegant seat on the chariot, which was offered to him, much to the delight of the assembled devotees. This festival was Srila Prabhupada’s triumphant moment looking out at thousands of people chanting the Holy name in Trafalgar Square. This festival was organised by the young Maha Vishnu Swami who donated £10,000 pounds left to him in a will to make this an extraordinary festival with publicity on public buses and a feature film made. The Police commentated “this was the most delightful of public displays that they had ever seen, everyone was perfectly mannered”. The next day front page headlines of the Guardian newspaper read “ISKCON Rathayatha is rival to Nelson’s column”. Srila Prabhupada writes in Caitanya Caritamrita. “Just as the residents of Puri compared the Rathayatra cart to Mount Sumeru, the residents of London considered the cart rival to the Nelson Monument.”

In Search of Utopia
The Guardian: The role of women in Iskcon - a bone of contention