We Owe a Spiritual Debt to His Grace Pusta Krishna Prabhu 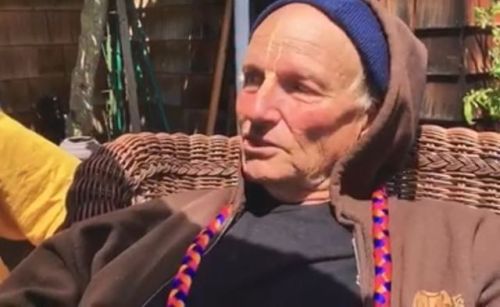 We Owe a Spiritual Debt to His Grace Pusta Krishna Prabhu

Partha Sarathi Das Goswami: His Grace Pusta Krishna Prabhu has fourth stage cancer of the liver. Doctors estimate that he has perhaps a week to live. At this time, the whole South African yatra should acknowledge the debt that we owe to this wonderful, enthusiastic, and surrendered disciple of His Divine Grace A. C. Bhaktivedanta Swami Prabhupada.

Pusta Krishna Prabhu surrendered to Srila Prabhupada at a very young age. Recognizing that he was an extremely capable, gifted, and charismatic preacher, Srila Prabhupada awarded him sannyasa after just fourteen months. When His Grace Ksudhi Prabhu came to South Africa in September 1972, he was hounded by the police and was eventually forced to leave after nine months. When Srila Prabhupada heard that Ksudhi Prabhu was being extradited, he immediately called His Holiness Pusta Krishna Swami and asked him to go to South Africa to continue the preaching.

Without any fear or concern for his own health or safety during the oppressive apartheid era, Pusta Krishna Swami together with his assistant, His Grace Janakaraja Prabhu, came to South Africa and took on the responsibility of spreading Krishna consciousness. At that time, there was only a few devotees like His Grace Gokulendra Prabhu and Saras Pillay who is still practicing Krishna Consciousness in Cape Town.

Pusta Krishna Swami petitioned Srila Prabhupada to send more devotees to South Africa and he was joined by myself in April 1974, Dhiranga Prabhu, Rocani Prabhu, who joined via Rhodes University, and Riddha Prabhu with his good wife, Syamasundari Prabhu and Ramanujacharya Prabhu.

Pusta Krishna Swami was an extremely powerful and charismatic preacher and had both the material and spiritual intelligence to spearhead the preaching. We first began in Cape Town in Waterkant Street, then he moved to Durban La Mercy Tongaat Beach, and then we all went to Johannesburg, and rented a house at 59 Muller Street in Yeoville.

When Srila Prabhupada left South Africa in October 1975, Pusta Krishna Swami accompanied him as his secretary and remained so for some time.

We should all pray to this great soul, Pusta Krishna Prabhu, with a feeling of gratitude and spiritual empathy. Shorty he will leave his body and there is no question that he will take birth in the pastimes of the Supreme Personality of Godhead. He surrendered at a very young age, came to a dangerous and volatile country to preach, and then served Srila Prabhupada as his personal secretary.

I humbly request all the Vaisnavas in the South African yatra to offer their pranam prayers to Pusta Krishna Prabhu and pray to Sri Sri Nitai Gaurahari, Jagannath Baladeva and Subhadra, and Sri Sri Radha Radhanath, that They bestow Their causeless mercy upon this surrendered soul. And that Pusta Krishna Prabhu can find complete refuge at the lotus feet of the Lord, where he will continue his devotion to the Supreme Personality of Godhead. He will also again associate with his eternal spiritual master, His Divine Grace A. C. Bhaktivedanta Swami Prabhupada, Srila Bhaktisiddhanta Sarasvati, Srila Gaura Kisora Das Babaji Maharaja, Srila Bhaktivinoda Thakura, and our entire guru varga.

He is exemplary in that he was one of the early disciples of Srila Prabhupada who was sent into a difficult preaching situation and completely surrendered with the desire of pleasing his spiritual master.

Over the years, I have written some letters to Pusta Krishna Prabhu and sensed there was some illness. It would have been wonderful if he could have come to South Africa but I understood why he was not able to.

I would like to offer my respectful obeisances koti koti, millions and millions, of times to this surrendered and enthusiastic preacher and disciple of His Divine Grace A. C. Bhaktivedanta Swami Prabhupada. Perhaps one day I will be able to please Srila Prabhupada and preach Krishna consciousness to the extent that His Grace Pusta Krishna Prabhu has done.

I remain,
Your well-wisher,

ISKCON Moscow Lights Up Devotees’ Hearts at Diwali (Album with…