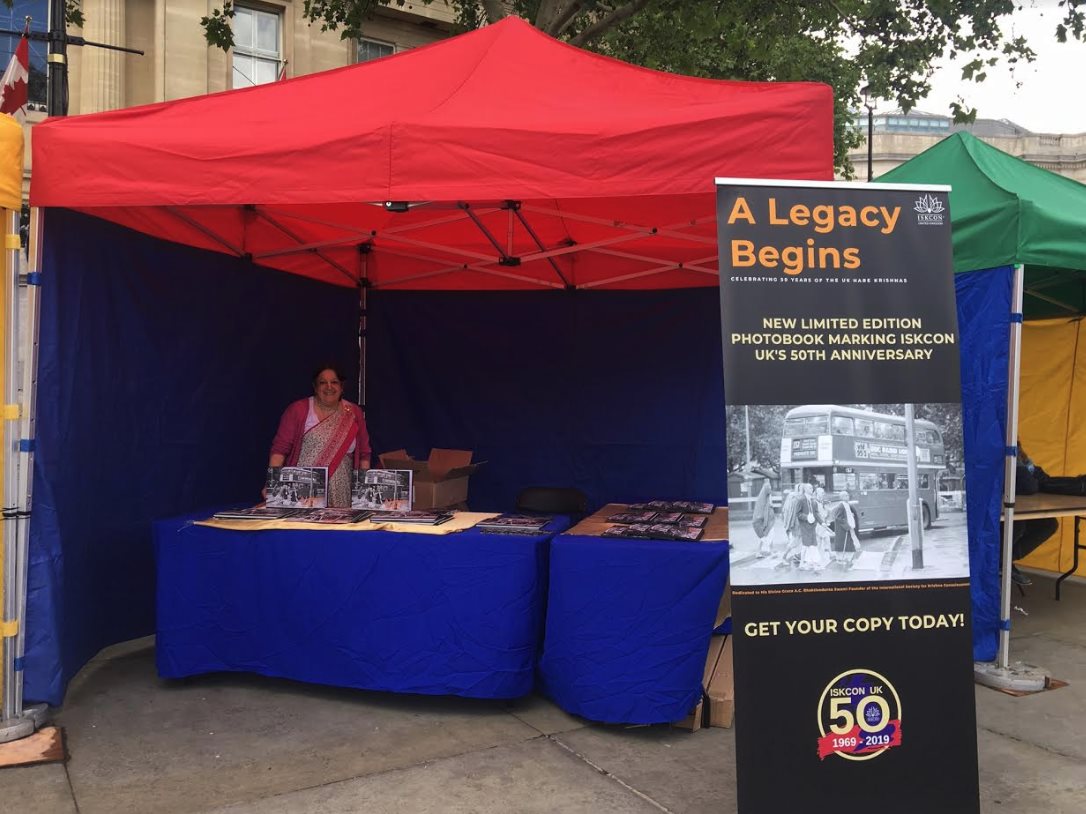 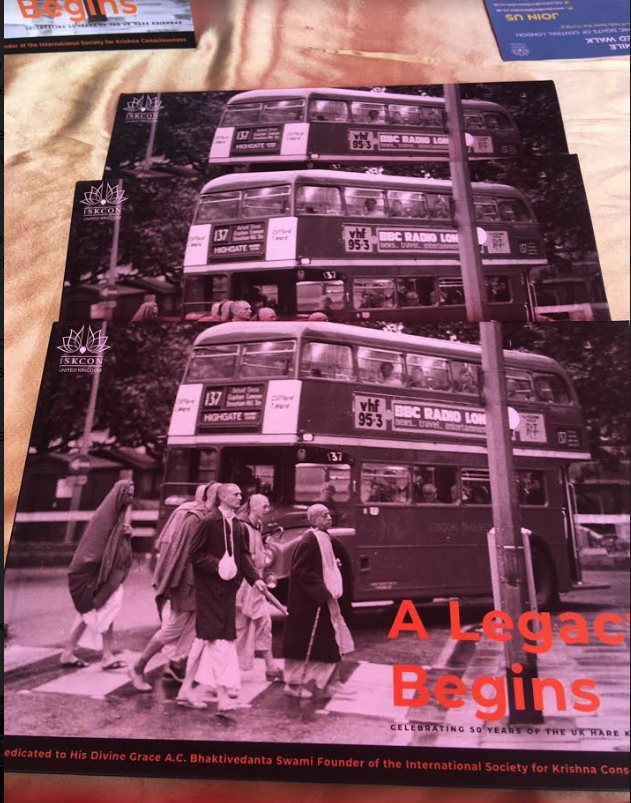 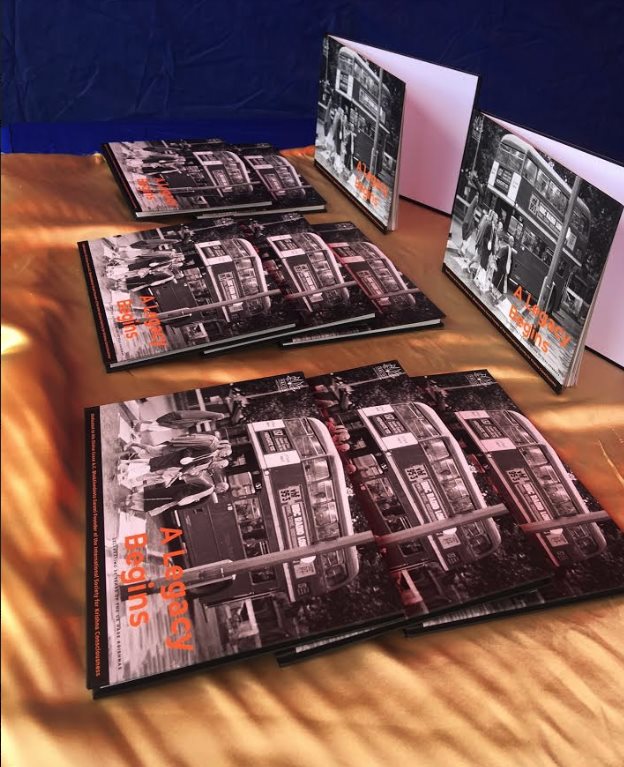 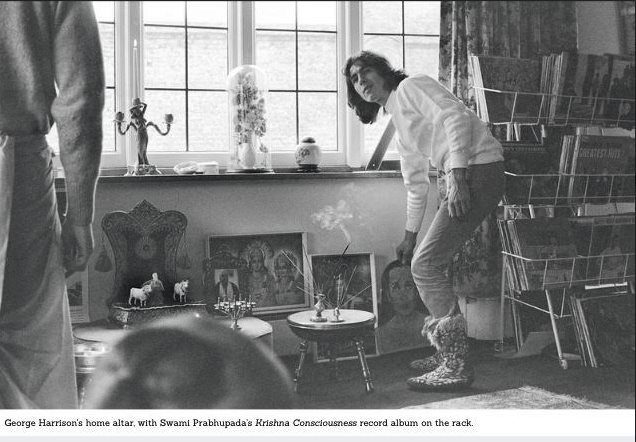 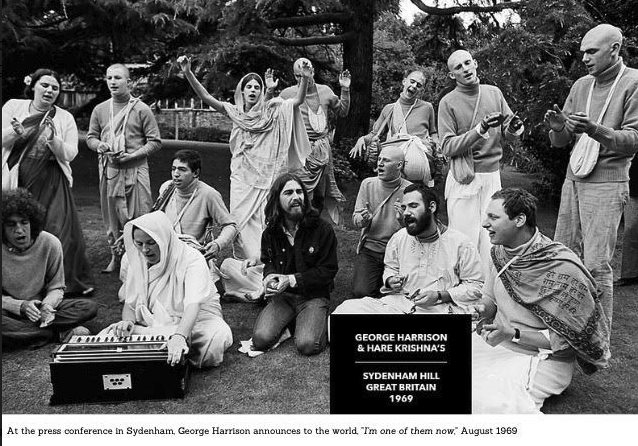 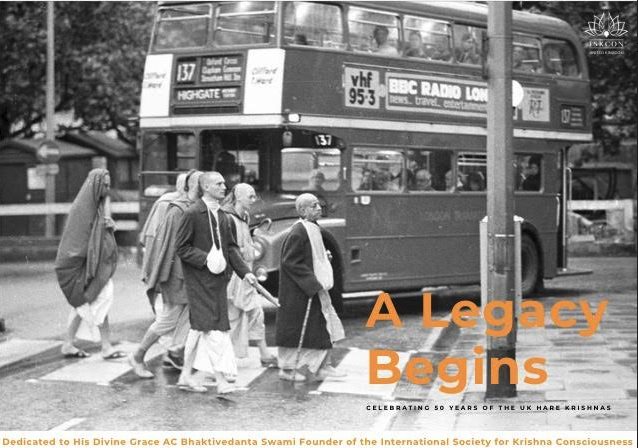 Titled A Legacy Begins, the beautifully presented photo book features rare, original photos from HG Gurudas Prabhu’s personal archive documenting the years 1968 – 1973, from when the seven pioneers first arrived in London, iconic pictures of the devotees meeting The Beatles, Srila Prabhupada’s arrival in London, the installation of Sri Sri Radha Londonisvara and the first Rathyatras that took place in the city.

The book was curated and written by HG Anantacarya Das and National Director of UK Communications Mina Sharma, who are both serving on the ISKCON UK 50th anniversary national team.The very first copies of a limited print run were sold at London Rathyatra.

The book sets out to honour and celebrate the endeavour of the seven devotee pioneers who came to London in September 1968 to fulfil the instructions of Srila Prabhupada. They had travelled from San Francisco to London with a dream to set up the first Hare Krishna temple in the UK and to meet The Beatles. The story documenting their journey in the UK is an enduring and epic one, particularly because they were able to do the seemingly impossible within a year, from meeting George Harrison in December 1968 to establishing the first Radha Krishna Temple in London in September 1969.

For the 50th anniversary celebrations, the theme focuses upon ISKCON’s pioneering spirit – from Chaitanya Mahaprabhu’s mood of spreading Krishna Consciousness across every town and village, to the Six Goswamis, Bhaktivinode Thakor, Bhaktisiddhanta Saraswati and of course Srila Prabhupada.

“It has been a privilege to have had the opportunity to help commemorate this historic milestone of 50 years. Thanks to the selfless dedication of our pioneers, we are now reaping the benefit of their hard work. Our presence in the UK was only possible through the firm faith and incredible efforts of our seven devotee pioneers, and we see the results of their hard work across the country with a flourishing UK yatra.”

“We remain ever indebted to Srila Prabhupada, the early pioneers and the pioneering leaders of today’s ISKCON, who dedicated their lives to spreading the teachings of Chaitanya Mahaprabhu and create an environment where Bhakti can flourish – they have done so much for each and every one of us. This 50th anniversary gives us the opportunity to reflect upon how we can all be pioneers in our own right and do something extraordinary following in their footsteps.”

The book is now available for sale – for copies or bulk Temple sales please contact Mina Sharma on mina@krishnatemple.com

Meeting with President of India