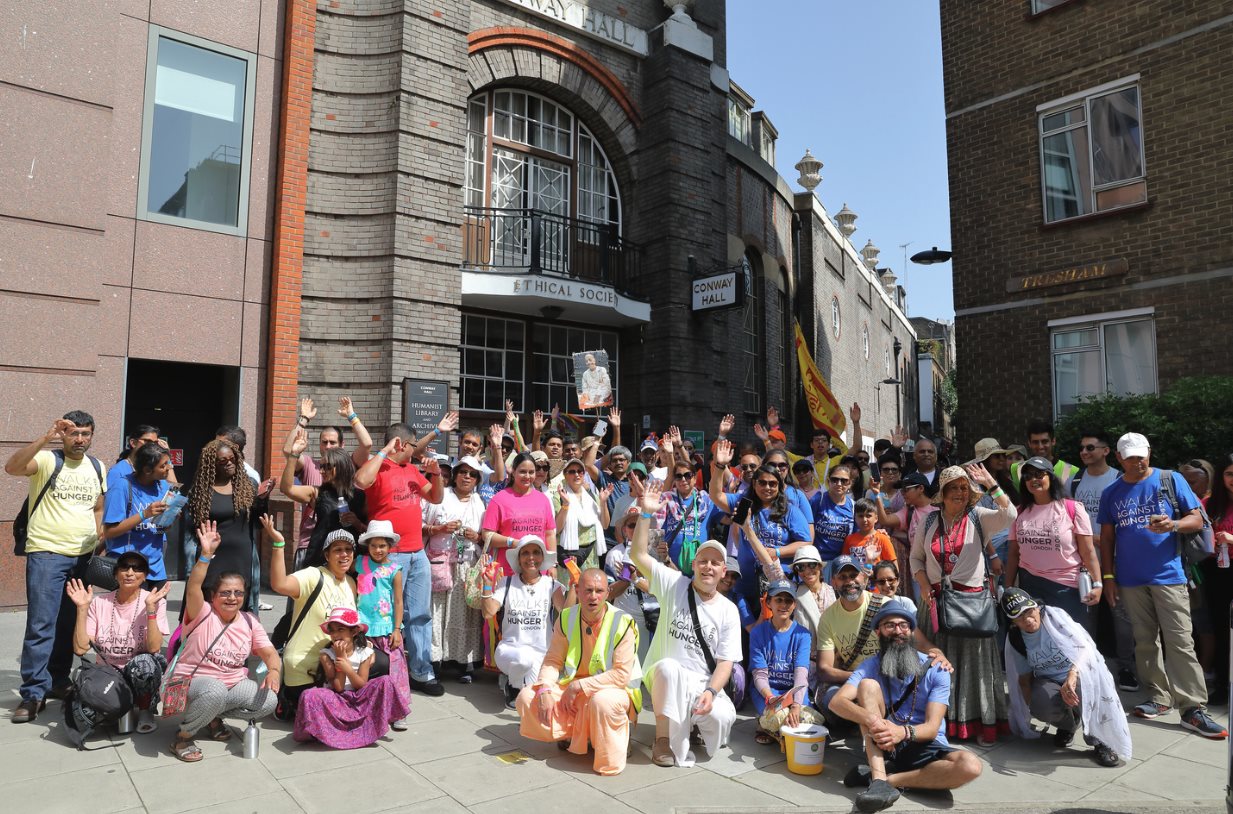 On Saturday 29th June 2019 a charity walk was performed to raise funds for a new electric free food distribution van for the London Food For Life project.

Starting and ending at the present ISKCON-London temple on Soho Street the planned 10 mile route took in traditional London landmarks as well as places associated with the early days of ISKCON in the UK.

Sites visited included 22 Betterton Street, where the original devotees first established themselves; 182 Drury Lane, home of the former Arts Lab where the devotees performed; 7 Bury Place, the location of the original Radha Krishna Temple in London and where Sri-Sri Jagannath, Baladeva and Subhadra were carved and Sri-Sri Radha-Londonisvara installed; Russel Square Gardens and Conway Hall, where Srila Prabhupada went on walks and gave talks; and Trafalgar Square, where the London Ratha Yatra recently celebrated its 51st annual festival.

Hoping for perhaps 50 participants, over 350 people registered prior to the event, which was also covered on radio in the days before and Zee TV on the day. With such a large number taking part the walkers were split into several groups. The first group took around five and a half hours to complete their circuit.

The event took place on the hottest day of the year so far and the warmest June day for around 40 years, with temperatures peaking at 34C. Free reusable water bottles were handed out before the start and several breaks were taken on the way with further water and snacks distributed. Welcomed back to cheers, a sumptuous vegetarian meal cooked by Govinda’s Restaurant was enjoyed by all.